"Murder sisters - crime is a family matter" is the name of the new crime series, which will be broadcast on ZDF on four consecutive Fridays from 8:15 p. 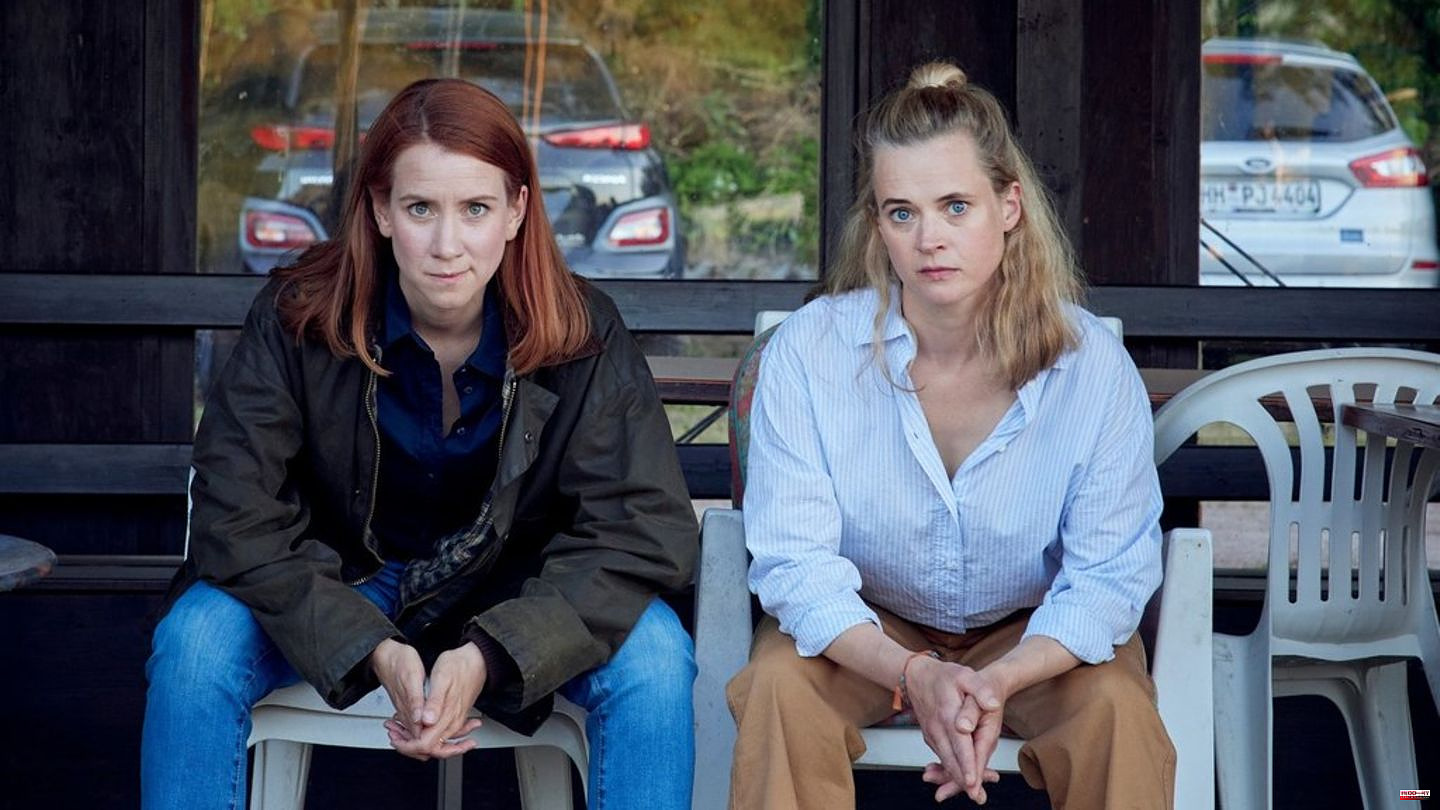 "Murder sisters - crime is a family matter" is the name of the new crime series, which will be broadcast on ZDF on four consecutive Fridays from 8:15 p.m. on September 2nd. The two main actresses Caroline Hanke (42) and Lena Dörrie (40) and their colleagues start with the episode "Schwarzer Fisch". The body of the successful fishing entrepreneur Fiete Dachs is found on a cliff. Viktoria Lorentzen (Dörrie) only finds out that Felicitas "Feli" Lorentzen (Hanke) is now supporting the Flensburg Criminal Police Office as a forensic scientist when the two dissimilar sisters are already on their way to their first case together...

In an interview with spot on news, Caroline Hanke, who was born in Dortmund, tells us what she particularly likes about the Flensburg film location. She reports on the connection to her film sister - and to her own sister. She also reveals what drives her instead of the eternal figure question.

Caroline Hanke: In "Murder Sisters" five people investigate criminal cases, but the two sisters are the driving force. I find it very special that there are two women and then also younger women. But it is also exciting that in addition to the macrocosm of society, the focus is always on the microcosm of the family. What is also special is that the stories take place in and around Flensburg in the far north.

Hanke: Of course there are intersections that I look for in a character to fill them with life. But there are also very clear differences between Feli and me. For example, she prefers to work alone in her concentration bubble. Like a mole, she digs in her laboratory on a scientific and logical level to find solutions. Natural sciences didn't fascinate me that much when I was at school - languages ​​and history did. In this respect, I find it interesting how such a lively person like Feli can flourish and find himself in the natural sciences of all things.

But I also find her solitary side remarkable. I myself am more of a group person and need the various components that exist in a team and, above all, the exchange in order to come to a solution. On the other hand, she has a child and chooses shelter with her family. She is looking for her first group again. Apart from all her logic, she decides and lives very intuitively. When I think of Feli, a sentence by the philosopher Friedrich Nietzsche [1844-1900] always comes to mind: "One must still have chaos inside oneself in order to be able to give birth to a dancing star."

Hanke: We got to know each other at the casting and found some parallels relatively quickly: For example, we were at drama school at the same time, but at different institutes. We even have a common memory of one of the annual meetings of all drama schools. One event we both attended is my husband's band's first performance. Lena was also in the audience at the time and had a lasting impression. In addition, there are many other intersections and so we were already quite close with the first sample. In the meantime I can say: I've gained a new friend and that's a great gift.

Hanke: There is a lot of energy and potential in a sister relationship and there is always a bit of competition. All sisters probably know that. And it was precisely this recognition value that was important to us in the films. I'm very excited to see how my sister will react when she sees the first film. She's known me since I was born and I can't hide anything from her either. Of course, our relationship also inspired me.

Hank: Exactly. In that respect, some things were easier for me. But I would have also found it exciting to play the older one to see the whole thing from a different perspective. It was like that for Lena, who plays the older sister Viktoria. In real life, she is also a younger sister. When preparing the scenes, we talked a lot about what the needs of the older sister are, what the needs of the younger sister are, and where this fight is taking place.

Hanke: A fellow student at the acting school in Rostock came from Flensburg and was a total local patriot. She told many beautiful things about the city and the region. I've never had the chance to go there before, but I often had to think of their stories during filming.

Hanke: I've always been very interested in nature and history. Flensburg is also exciting for me because it is a border region and Denmark is very close. It gives me a sense of space and freedom to be so far north. I often sat by the water on the Flensburg Fjord and imagined what it must have been like in the past, for example when the Vikings lived here. In the city there are also many beautiful old houses and of course the sunset at the harbor is spectacular.

Hanke: I've never experienced anything like this before because I grew up with different rites in Dortmund. But what I do know from my time in Rostock is that people in the area go to the sea and put their hand in the water to connect with their deceased relatives. That's a nice performance. In general, it is an interesting thought that the ashes of loved ones are returned to this great expanse.

Hanke: No, that was actually a lot of fun. I like old folk tunes. Incidentally, we came up with the second voice ourselves. My husband and his band helped a bit with that. That way we were able to show a little more how different the sisters are.

Hanke: I need the connection to nature and, if possible, I go for a long walk in the forest every day to find myself again. And when I'm in a really good mood, I also go jogging. But then I usually have to overcome my weaker self.

Hanke: I don't maltreat myself with diets and basically I also think it's very important that normal people are shown on television and in the cinema, not extremely emaciated ones. For me personally, there are phases in which I eat a totally healthy diet and am incredibly consistent. And then there are phases again, I don't really pay attention to them. But I find dealing with aging more exciting than the figure question. I looked different when I was 30 than when I was 23 or now in my early 40s. That's changing and I'm trying to figure out how to calmly deal with this change.

Hanke: I think a nice coat and nice shoes are important. And that's what I need too - especially if the shooting continues in the north (laughs).

1 'The Lord of the Rings: The Rings of Power':... 2 Price increases: dispute between Coca-Cola and Edeka... 3 Royals: Concerns about the health of the Queen: Elizabeth... 4 Actress was in the war zone: "It took a couple... 5 Long-haul flights: Climate change is also to blame... 6 Iraq: Rockets and Bazookas on the Streets of Baghdad:... 7 Russia: No state guests expected at Gorbachev's... 8 "File number XY...solved!": Murder case... 9 "Deutschland sucht den Superstar": Katja... 10 Shooter suspended: Fatal shots at 16-year-olds in... 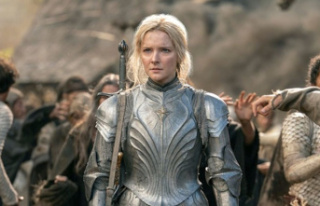