It will be the first highlight of the funeral services after the death of Queen Elizabeth II: A funeral procession for King Charles III. 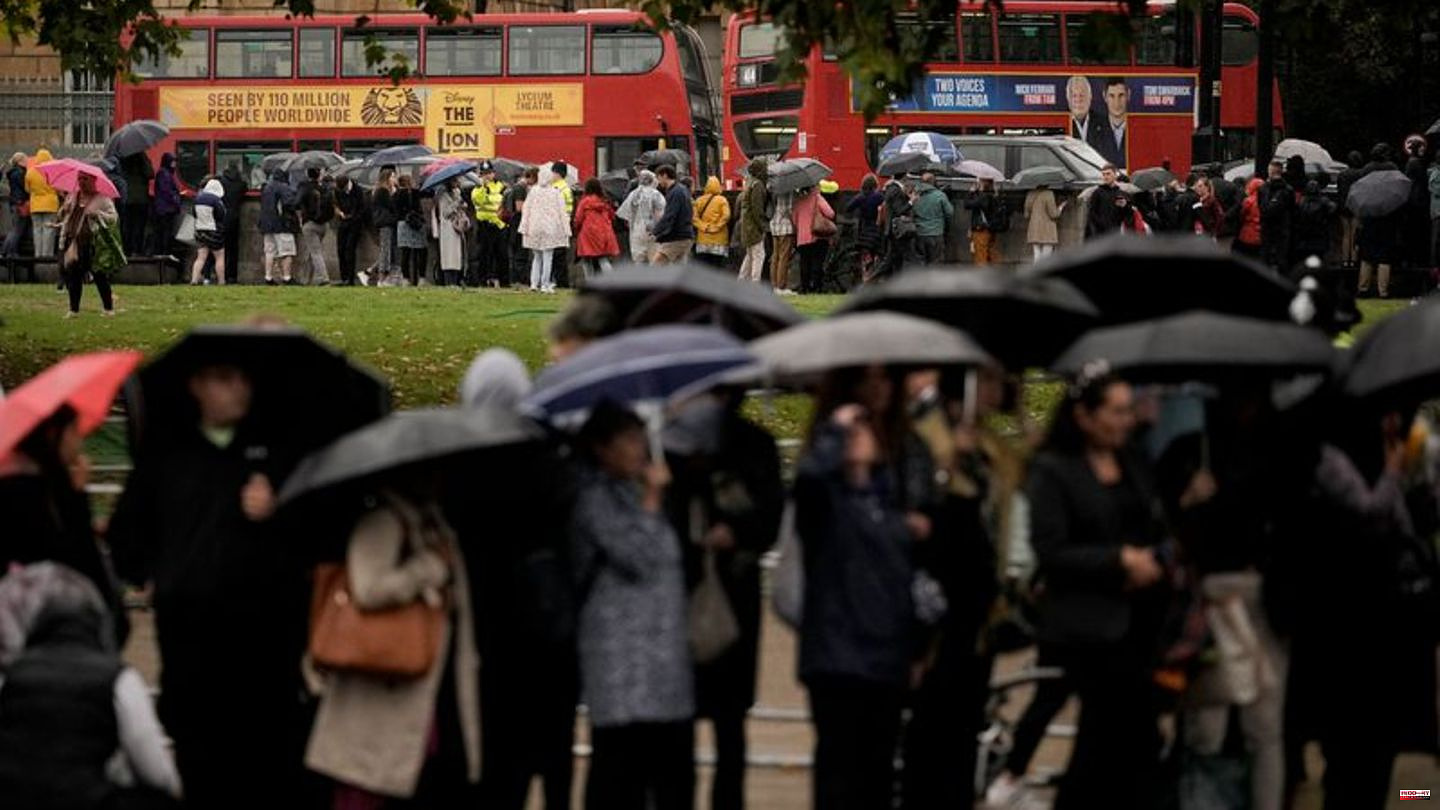 It will be the first highlight of the funeral services after the death of Queen Elizabeth II: A funeral procession for King Charles III. and his sons Prince William and Prince Harry escorted the Queen's coffin from Buckingham Palace to the British Parliament on Wednesday afternoon in London. Hours before, thousands of mourners and onlookers flocked to the center of the British capital.

Members of the Guard Cavalry also rode through London at noon. Numerous security forces were deployed in the city center. Despite the rain, many people held out during the night to get a place in the queue for the wake.

The convoy, in which Elizabeth's other children Princess Anne, Prince Andrew and Prince Edward will also walk, is scheduled to leave the palace at 3:22 p.m. CEST (2:22 p.m. local time) and reach Westminster Hall a good half hour later. The closed coffin of the Queen, covered with the royal standard, is laid out in the oldest part of Parliament.

Also joining the funeral procession are Anne's son Peter Philips and her husband Tim Laurence, as well as the Duke of Gloucester, a cousin of the Queen, and the Earl of Snowdon, her nephew. Charles' wife Queen Camilla and the wives of William, Harry and Edward - Princess Kate, Duchess Meghan and Countess Sophie - follow the coffin in cars. German TV stations also wanted to broadcast the procession live.

After a short service, the doors open and the public can say goodbye to the Queen. Hundreds of thousands of people are expected to attend around the clock until early Monday morning, the day of the state funeral. However, you must expect waiting times of up to 30 hours. In the night of Wednesday, many people were already holding out at Parliament. Aid organizations provided those waiting with hot drinks and snacks, the BBC reported.

The broadcaster will broadcast the laying out in a live stream - for people who don't dare to wait long or can't travel to London, but want to pay their respects to the deceased queen. If you watch the BBC stream in full, you can examine the coffin for a total of 109.5 hours.

Queen Elizabeth II died on Thursday at the age of 96 at her Scottish country estate, Balmoral Castle. On Sunday, her coffin was taken to the Scottish capital, Edinburgh, and on Monday, a funeral march attended by King Charles III. and his siblings participated on foot, brought to a cathedral.

From Edinburgh to London by plane

The coffin containing the Queen's remains was then flown from Edinburgh to London on a British Air Force transport on Tuesday evening. He was greeted with loud applause by thousands of people outside Buckingham Palace and then welcomed by King Charles, his siblings and the Queen's grandchildren. The coffin was set up overnight in the so-called Bow Room.

King Charles III had previously returned from a historic visit to Northern Ireland. In the former civil war region, he had also met with politicians from the Sinn Fein party, which advocates reunification with the EU state Republic of Ireland and was previously considered the political arm of the terrorist organization IRA.

After the new king was praised for his speeches and gestures at the beginning of his term in office, there has now also been criticism. The London newspaper The Guardian reported on Wednesday that dozens of Charles' longtime employees feared for their jobs. They are said to have been informed by letter this week, while they were working overtime and extra shifts, that a number of previous posts would be eliminated with Charles' accession to the throne.

A video clip was shared on social networks with more amusement, showing the monarch scolding a fountain pen that was apparently leaking. "I can't stand this stupid thing (...) every damn time," the regent murmured. Charles had already caused dissatisfaction on the Internet with an imperious gesture against employees when he was proclaimed on Saturday.

The Queen's state funeral is next Monday. Hundreds of heads of state and government, members of royal families and other dignitaries are expected in London. It is considered a great honor that Japan's Emperor Naruhito and his wife, Empress Masako, will arrive. Traditionally, Japanese monarchs do not actually attend funerals, either at home or abroad. The fact that Emperor Naruhito is still coming is an expression of the deep bond between the royal and imperial families, the Japanese news agency Kyodo reported.

In Great Britain, the state funeral can also be followed in the cinema: several British cinema chains broadcast it free of charge in their halls. And in Australia, so many people want to toast the Queen's favorite drinks - Dubonnet and gin - that supermarket chains are struggling to keep stocking up. The main ingredient, the French aperitif Dubonnet Rouge, has been partially sold out at large liquor chains such as Dan Murphy's and BWS in recent days, the Sydney Morning Herald newspaper reported on Wednesday.

1 Gift Ideas: Unisex Perfumes: These fragrances are... 2 Oh, you beautiful pumpkin time: With or without meat:... 3 Sustainability: Saving water: Useful gadgets and seven... 4 Classic toys: is there a good Lego alternative? These... 5 WHO: 17 million people in Europe with long-Covid symptoms 6 Blue Origin: Off course: Bezos rocket crashes shortly... 7 Russian invasion: War against Ukraine: That's... 8 According to the BAG ruling: Minister Heil is planning... 9 William and Kate with Harry and Meghan: reunited in... 10 Russian invasion: War against Ukraine: That's... 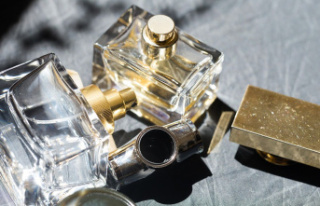