Motorhome: Tips for tidying up and clearing out from professionals

"Our home is where we recharge our batteries. "Our home is where we recharge our batteries." Organization coach Isabella Franke knows how to transform your own four walls into an oasis of well-being, declare war on chaos and even turn the mobile home into a rolling home. Order can be combined with a love of decoration. In her YouTube series "Simple. Clever. Organize." Tips on minimalism, equipment and the right attitude. Nothing stands in the way of a comfortable trip with the mobile home.

For many people, tidying up is a real challenge, and mucking out is even a nightmare. It often just fails because of the method to get the chaotic hotspots under control. Isabella Franke points out two basic rules: "Everything has to have its place and everything has to be put back there." This applies to the apartment as well as to the mobile home. Storage boxes for laptops, cables and paper can be real game changers: once the work is done, the box is closed and stowed away. "It works particularly well in the mobile home, because you can then stow it in the closet, the rear garage or under the seat," explains the tidying expert.

If you're going on a family holiday, it's worth taking a look at sport: Similar to football, it's all about teamwork and zone defence! Dividing the RV space into zones can prove very useful. Everyone is responsible for their own and knows where to find what. "The zones are then broken down into smaller subdivisions, such as dental care, make-up, etc. in the bathroom," says Franke, recommending hanging organizers for more storage space. They can be "easily attached to the wall with an adhesive hook".

The "zone defense" principle also works well in the bedroom. "Closet 1 mom, closet 2 dad, closet 3 child," lists the organization coach. T-shirts, socks or trousers all come folded vertically in cloth boxes with cardboard inserts as they are strong and easy to stack on top of each other. For those who prefer to hang high instead of stacking low, Franke has in their new Carado YouTube series "Simple. Clever. Organize." Another tip up her sleeve: velvet-covered hangers "only take up a third of the space, are non-slip and light," she says, explaining her favorite tidying aid.

Speaking of light - weight is particularly important when it comes to mobile homes. In addition to pots with removable handles, the founder of "The Home Habit" recommends robust materials such as recycled plastic for a camper van kitchen, "because it's easy to clean and unbreakable. Another nice material is melamine because it's nice and light and often in great designs is available".

With this, the expert also addresses the next feel-good factor. After all, the motorhome should not only be functional, tidy and practical, it should also be comfortable. For Isabella Franke, therefore, "always have enough pillows and blankets" on board, "to make it hyggelig and cozy". Battery-powered LED fairy lights are always included, as are games. To save space, Franke's family removes the original packaging and packs the games in document bags: "These are washable zip bags that take up much less space."

Even if a "certain level of comfort" in the form of an espresso maker in the mobile home is part of the tidying-up trainer, she considers the "minimalism" trend to be an important topic: "Everyone should think about how much they consume," says Franke. She herself likes being with customers who are cleaning out: "It triggers an aha effect in people." Nevertheless, decorganizing would not necessarily rule out minimalism. She herself is not a fan of extreme minimalism, but finds it "admirable when people can do it".

Order can also contribute a lot to inner balance. "If your home is tidy, your head is usually tidy too," explains Franke in an interview with Carado, referring to her personal experiences: "I haven't had a customer who didn't say at the end: 'If only I had done it earlier. I never imagined it would turn out so great in the end'". So nothing stands in the way of mucking out, tidying up and organizing: have a good trip! 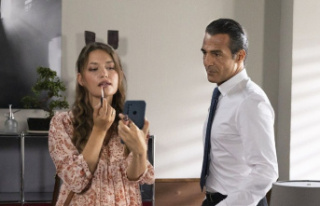