More than 23 eye-catchers for the television year 2023

In the new year, viewers will have a lot to look forward to on television. 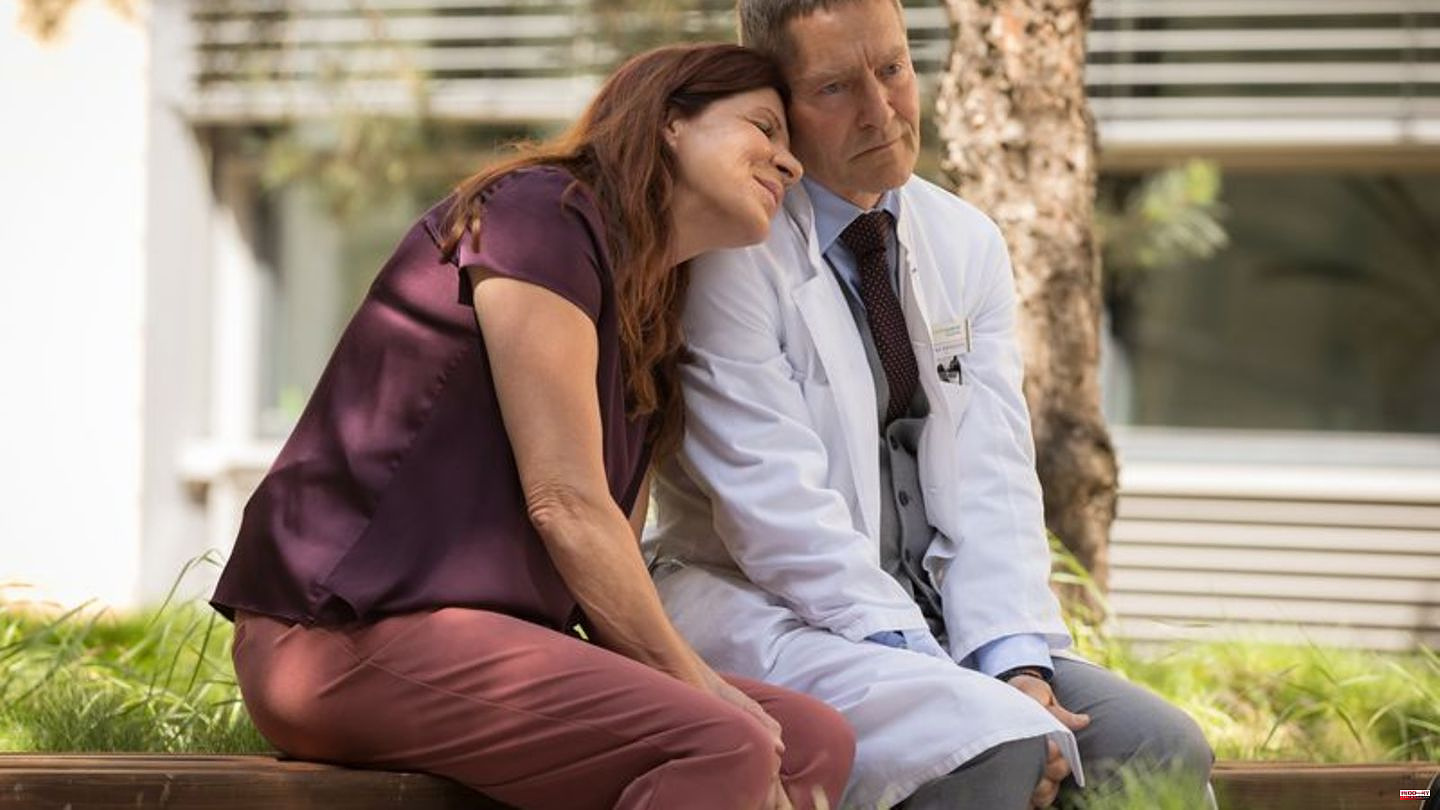 In the new year, viewers will have a lot to look forward to on television. A selection of important changes and program highlights:

The newcomer to "hard but fair"

From January 9, Louis Klamroth (33) will succeed Frank Plasberg (65), who led the ARD Monday Talks for over 20 years. The journalist is the son of actor Peter Lohmeyer and played his son 20 years ago in Sönke Wortmann's post-war drama "The Miracle of Bern". Climate activist Luisa Neubauer will no longer be a guest of the talk. In a recent DWDL interview, when asked about his relationship with her, Klamroth said: "...it goes without saying that my partner won't be a guest on my show."

The newcomer to "Extra"

For many years she was the face of "Brisant" in the first, now she is back at RTL, where she started. Mareile Höppner (45) is scheduled to moderate the magazine "Extra" for the first time on January 10th. "Extra" then also has a new slot - instead of Mondays, it is now on Tuesdays in a 90-minute edition from 10:35 p.m.

The popular reality show "I'm a Celebrity Get Me Out of Here!" starts on January 13th. For the first time in three years, the disgust tests will be filmed in Australia again. Because of the global corona crisis, the RTL show was first replaced by a similar spectacle in Germany and then produced in South Africa. This time the final is on a Sunday (January 29) instead of a Saturday. The follow-up show "The Great Reunion" then on Monday (January 30th). The jungle camp is moderated by Sonja Zietlow and Jan Köppen. Köppen replaces Daniel Hartwich. Among the announced participants are Martin Semmelrogge, Lucas Cordalis, Claudia Effenberg, Jana Pallaske and singer Markus Mörl ("I want fun").

Florian Silbereisen honors hit star and "Mallorca king" Jürgen Drews with a show. The program, recorded in October, will be broadcast on January 14th. The 77-year-old Drews had announced the end of his career in the summer.

The first season of the RTL casting show "Deutschland sucht den Superstar" in 2002/03 was watched by up to 15 million. The jury consisted of Dieter Bohlen, record boss Thomas M. Stein, journalist Shona Fraser and presenter Thomas Bug. In the end, Alexander Klaws prevailed. Now it should be over with "DSDS". In addition to Dieter Bohlen, the final jury for 2023 will include rapper Katja Krasavice, singer Pietro Lombardi and singer Leony from January 14th.

The German "Sesame Street" is celebrating an anniversary on January 8th - on the first, on KiKA, on NDR television and in the ARD media library. On January 8th, 1972, the legendary children's program, which the NDR is responsible for producing, had its premiere in the Federal Republic (USA 1969). The anniversary day begins in the first with a "daily topic special: 50 years of Sesame Street". Caren Miosga moderates the special together with Elmo, Wolle, Pferd. And the cookie monster speaks a "topics of the day" comment.

Speaking of crumbs - Steffen Henssler and the blue cookie monster are teaming up for a family and children's cooking show. "Krümelmonsters Foodie Truck mit Steffen Henssler" is scheduled to run on Super RTL in 2023 (previously on RTL). Gonger, a doll with a mustache and a chef's hat, makes its debut on German television. 13 episodes of 30 minutes each, the cooking spoon is swung.

The second German television, for years Germany's most successful TV broadcaster in terms of market share, will be 60 years old in 2023 - and with it the news program "heute", also "Das aktuell Sportstudio" and the format "Das kleine Fernsehspiel". The Mainzelmännchen freak out and give lots of parties.

1000th episode of "In All Friendship"

The ARD hospital soap "In aller Freundlich" celebrates its 1000th episode in January. She comes on January 31 at 9 p.m. The popular series about the fictitious Sachsenklinik has been around since 1998. It usually gets excellent ratings for the first Tuesday.

"Who's stealing the show?"

At the beginning of 2023, ProSieben will show six new episodes of the game show, in which this time the actress Jasna Fritzi Bauer, musician Sido and Tokio Hotel frontman Bill Kaulitz want to dispute the show with the moderator Joko Winterscheidt.

Sat.1 wants to establish a crime series Thursday. In the spring, the mini-series "Blackout" will run in double episodes on three Thursdays. While electricity and telephone networks are out in Europe, former hacker and environmental activist Pierre Manzano (Moritz Bleibtreu) suspects that this is a targeted attack.

Finale of "I Carry a Big Name

After almost five decades, Südwestrundfunk is discontinuing "the advice program with the longest history on German television". On February 12th comes the 747th and final edition of "I have a big name". Since 1977 around 1500 descendants of prominent personalities from art, science and culture have been invited. Three moderators and one moderator led through the program in 46 years: Heinz Gmür, Hansjürgen Rosenbauer, Wieland Backes and since 2020 Julia Westlake.

The retro wave on German television continues to grow: from February, Sat.1 will be showing the formats "Jeopardy!" in so-called cult show weeks. (with Ruth Moschner) as well as with Jörg Pilawa "Die Pyramide" and "Herzblatt" back on television (the latter as "Dating Game - who should your heart leaf be?"). And RTLzwei also announces that it will reference the retro trend: "The game show "The Wheel of Fortune" and the rate comedy "Genial next to it" let you reminisce, but with a modern twist. The "Wheel of Fortune" will be moderated by Sonya Kraus and Thomas Hermann's."

Also in 2023 the pop singer Lena and her colleagues Wincent Weiss, Alvaro Soler as well as Smudo and Michi Beck from the Fantastischen Vier will be sitting in the coaching chairs at the Sat.1 children's casting show. For the first time there is not a single change in personnel. The eleventh season comes in spring.

RTL continues Hape Kerkeling's comedy "Club Las Piranjas" (1995). Before the linear broadcast, the mini-series is available on RTL. Animator Edwin Öttel has actually ended his career, but ex-boss Renate Wenger (Judy Winter) expects him to prevent the marriage of their son. Then he would inherit half of the club resort in Mauritius. Also present are Angelika Milster, Cordula Stratmann and Andrea Sawatzki.

ZDF is already hailing the film adaptation of Frank Schätzing's best-selling novel "Der Schwarm" as its biggest fictional highlight, which is due to come out in the spring as an eight-part thriller series. It is about the struggle of a small group of scientists against an unknown swarm intelligence in the depths of the sea. ZDF also shows numerous documentaries in the context of the broadcast.

ESC in Liverpool - but only because Britain is stepping in as the host country for war-torn Ukraine, which won in Turin in 2021. 37 countries are participating. 31 of them will compete in the semi-finals (May 9th/11th), in which only the spectators will decide. The five major (donor) countries France, Spain, Italy, Great Britain and Germany as well as last year's winner Ukraine are seeded for the final (May 13).

The Free European Song Contest has been held twice so far, in short:

There should also be another edition of the Saturday evening show in 2023 - maybe really for the very last time. The then 73-year-old Thomas Gottschalk should run again on the eve of the Sunday of the Dead (November 25). ZDF named Offenburg as the location, not far from where Gottschalk lived in Baden-Baden.

After the fourth season of "Babylon Berlin" was released on Sky in October, it will now also be broadcast on ARD in 2023. This time the story begins at the end of 1930 and also tells of the rise of the Nazis, with Commissioner Gereon Rath (Volker Bruch) developing a certain SA affinity.

After the last (deadly) "crime scene" with Meret Becker's character Nina Rubin and a solo investigation by Robert Karow (Mark Waschke), the new one will appear in Berlin in 2023: Susanne Bonard - played by Corinna Harfouch. The first case ("Nothing but the truth") is about the alleged suicide of a security police officer. The character Bonard is an ex-big boy from the State Criminal Police Office who teaches at the police academy.

The actress Johanna Wokalek (47) becomes the new investigator in Munich's "Polizeiruf 110". As chief inspector Cris Blohm, she follows Verena Altenberger (35), who has played Elisabeth "Bessie" Eyckhoff since 2019. Before that happens, Altenberger can be seen in her last case in the first half of the year.

After the departure of Lucas Gregorowicz from the RBB "Polizeiruf 110", who has played the character Adam Raczek there since 2015, the most queer character in German Sunday crime novels, Vincent Ross (André Kaczmarczyk), initially investigates alone with the German-Polish police in the border town Swiecko. A solo case with him comes in the first quarter in the first.

Exceptional director and author Axel Ranisch (39) has turned his debut novel for ARD into a mini-series (6 times 45 minutes). It's about two boys, one of whom is in love with the other - an outsider's story with a crazy action: "Lorenzo Germeno and Anh Khoa Tran play the two young people, Thorsten Merten the school director, who the two arrest in his apartment." Coming to Arte and ARD in 2023. 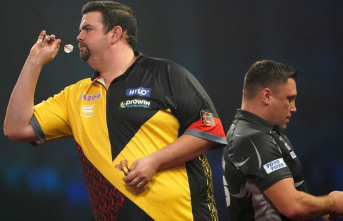