Morante de la Puebla: "ABC is the newspaper that devotes the most attention to the world of bullfighting"

I still remember the start of the season to which this award refers. 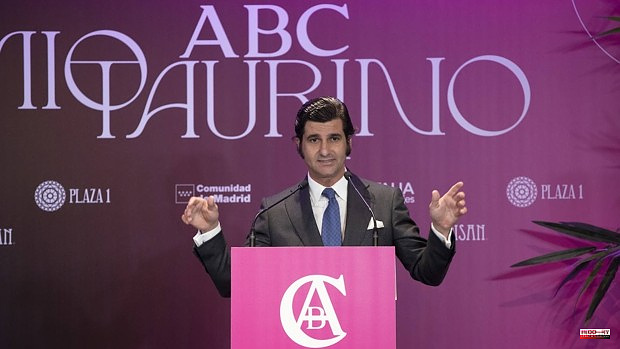 I still remember the start of the season to which this award refers. How I spoke with my friend Pedro, who is currently my attorney: we envisioned a very difficult year. The pandemic was hitting hard, but we had to take charge of the matter and get used to a way of life that was not the most appropriate: the season had to start. And I remember that the first thing I thought was that the fans had to be encouraged. And I told Pedro to get in touch with Ramón Valencia, a businessman from Seville, because I wanted to tell him one thing... It was to advertise with the Miura bullfight, which was something I had never thought of before, because just advertising gives fear.

That was a statement of intent. Many more followed. And above all I saw in the figure of the rancher a figure very touched by the circumstance of dealing with few bullfights. And I wanted to support a little all the diversity of mating that also enhances our culture of the bull. In the end I think a very successful season was completed: only the fact and the intentions have been what have brought me here. In such a difficult season, inspired by the figure of Joselito el Gallo, I wanted to do the difficult, not the easy. Try to convince the maximum type of fan (there are fans more toristas, there are fans more toredores): I wanted to concentrate and balance a bit to reach the middle ground.

It was a difficult season. I remember that we finished fighting and many times things went well, but when it was over I didn't know where to go for dinner with the gang because everything was closed. You couldn't: neither celebrate it with your followers. But a year has been completed that for me has been fundamental, of a substantial change in everything, in my vision towards the world or towards my profession.

Time runs very fast. Today I feel very happy for all this San Isidro, and I also wanted to congratulate the Madrid company. I think it was a San Isidro where a lot of people attended. We see that bullfighting is still alive and that it continues with the greatest interest towards all kinds of audiences... I've seen a lot of young people. I also wanted to congratulate the guardian angels that we remember so much when it rains. Many thanks to ABC, which is the newspaper that devotes the most attention to the world of bullfighting. Thank you very much.

1 Albares wants NATO to consider immigration as a 'hybrid... 2 Toledo again achieves the Platinum Broom for "its... 3 The Camino points to the record: more than 100,000... 4 The 'escape room' Treasure of Don Quixote... 5 The PP blames Sánchez for Algeria's decision:... 6 The Zamora Provincial Council participates in 'Honeymoon',... 7 The Pontevedra PP will elect a new provincial leader... 8 Confirmed cases of monkeypox in the Canary Islands... 9 Sentenced to compensate 272,000 euros to a neighbor... 10 Antxón Sarasqueta and Diego Closet, candidates of... 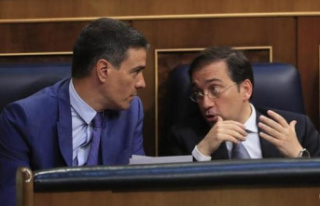 Albares wants NATO to consider immigration as a 'hybrid...