Meghan Markle and Prince Harry have been seen on their second day of celebrations in London on the occasion of Queen Elizabeth II's Platinum Jubilee. 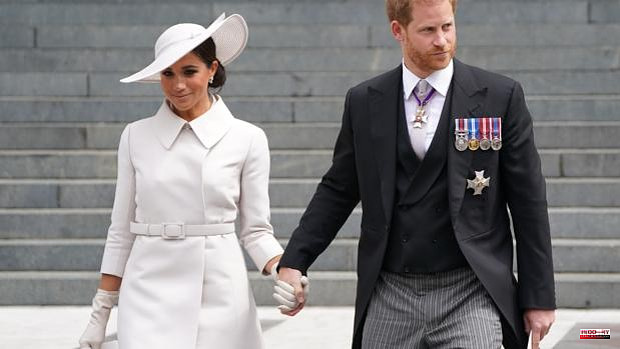 Meghan Markle and Prince Harry have been seen on their second day of celebrations in London on the occasion of Queen Elizabeth II's Platinum Jubilee. If in the opening acts, both could hardly be photographed although they left a discreet record of their attendance, on this second day they have done it again, staying in the background but assuming more prominence.

The couple has attended St. Paul's Cathedral in what has become a parade of elegance and British style, since the etiquette required a headdress. Beyond the expectation that the Duchess of Sussex's return to the scene has raised, her styling has undoubtedly captured all the attention and the media and social networks have been quick to echo it.

With the impeccable style that characterizes her, Meghan has chosen the color white with a skirt and trench coat ensemble from Dior's spring/summer 2022 Haute Couture collection. Both garments are made of wool and silk, and Meghan also combined them with an organza shirt. As accessories, gloves, shoes and also a headdress designed by Stephen Jones, all from the exclusive Maison Dior.

Leaving aside the intense colors or prints with which Meghan Markle has been seen on other occasions, in this case Harry's wife has opted for a minimalist and elegant style at the same time.

For her part, the Duchess of Cambridge has opted for pastel yellow in a midi design with long sleeves. The headdress, as expected, has captured all the attention in Kate Middleton's styling, which once again remains faithful to her British style.

1 Health news 17 deaths and 3,326 new cases of coronavirus... 2 They arrest a man for harassing, persecuting and threatening... 3 Zelensky: "In these 100 days, Ukraine has done... 4 Schedule and where to watch the Roland Garros final 5 Alfonso Lozano (Cs) will replace José Calzada (PP)... 6 The drone experience in La Palma will improve protection... 7 The president of the doctors of Castilla y León:... 8 Marta Mathéu: like a wave 9 Florentino Pérez will only be able to accuse Iberdrola... 10 CC.OO. and UGT raise the strike at Correos to the... 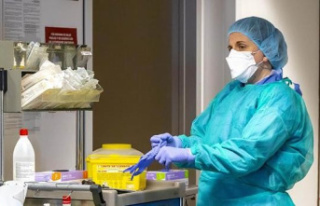