'Lurra eta bidea' ('The land and the road') is the new work by the singer María Berasarte (San Sebastián, 1978), which she defines as «a journey through Iberian music in an innovative sound context». 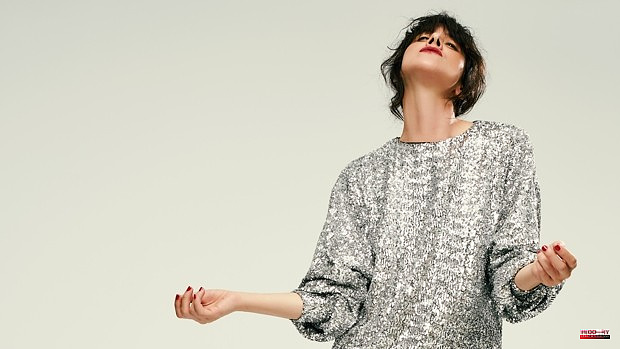 'Lurra eta bidea' ('The land and the road') is the new work by the singer María Berasarte (San Sebastián, 1978), which she defines as «a journey through Iberian music in an innovative sound context». She will present it on Sunday the 12th at the Teatros del Canal.

«My proposal -insists the singer- is a journey through the music of my life: that of Portugal, the Iberian music, that of roots, the traditional... it is a tribute, an ode to the land, which is where we come from». In 'Lurra eta bidea' the singer sings in Spanish, Basque and Portuguese for a job that also wants to be a search, an experimentation. It walks from the most ancient Basque vocal origin together with David Azurza (countertenor specialized in contemporary music who has been part of the world tour of Israel Galván and Akram Khan company), continuing to Portugal with the most distant tradition of the singing of the adufeiras of Monsanto, even Lisbon's own fado with a return to the Basque Country with popular songs in an unprecedented musical context.

For this, he has counted on the guitars of Ángel Unzu and the drums and percussion of Igor Telletxea. Both musicians with great experience in Basque music, rock and jazz».

And it is that it is difficult to classify the singer -she comes from classical music, but has traveled through jazz or fado. "It's better that way. Before, I was a little anxious, but now I think: it's okay, I do different things. I don't think my music is difficult to listen to or understand. It is quite transparent. But at the same time it makes me unique in a way."

«As an artist -he insists- I think a lot about what I am saying, with total respect for the author, and I try to sing songs where there is not only a vocal performance but also a presence, a person, a body. Also something that defines me is that I like to take risks, go on stage and play with fragility, with danger, humanize songs and make them earthy and my own».

1 Administrations and workers force a meeting this Thursday... 2 Darío Villanueva: "In politics people have always... 3 Arrested in Barcelona another member of the Pakistani... 4 The five festivals in Galicia that you cannot miss 5 Solidarity days of Mountain in Castillo de Bayuela... 6 "Cowards. I will never forgive you »: a teacher... 7 The proclamation of Ángel Felpeto opens the most... 8 The EvAU exams start at the UCLM without incidents... 9 Page believes that "convergence" is necessary... 10 Scholz insists that the priority is to avoid a direct... 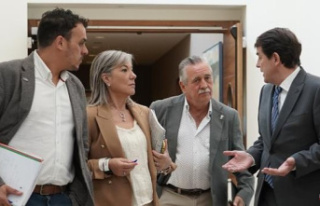 Administrations and workers force a meeting this Thursday...