The figure of the producer is more important than ever in the dominant musical genre. 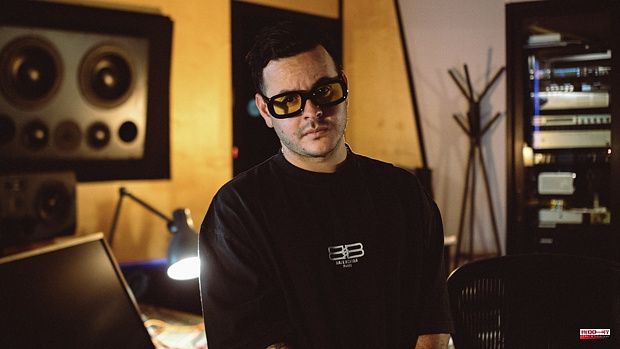 The figure of the producer is more important than ever in the dominant musical genre. Before, they were sound engineers who helped to shape the songs that the groups brought from the premises, or even limited themselves to pressing the 'record' button. But now they are very much the main makers of superstar music. They sit in front of the computer, and with the mouse and the keyboard they shape the ideas that the artists have in their heads. In the urban scene, one of the great references in the world of production is Manuel Lara, a Venezuelan genius endorsed by his work with Bad Bunny -with this one it would be necessary, but we continue-, Rauw Alejandro, Tainy, Julieta Venegas

, Kali Uchis or Sebastián Yatra, and who is now in the midst of releasing singles (the last of them, 'Control') before publishing his new album with Lara Project, the group he has with his brother Félix -also present at his first Interview with ABC. And that is another big difference with the producers of yesteryear: those of today release their own albums.

He was the son of a saxophonist who listened to jazz with his parents, and graduated from the Berklee College of Music. How was the journey that took you to the Olympus of reggaeton?

(Manuel) My parents always knew what the musical environment at home should be, and everything was heard, not just jazz. At university I met quite a few different characters, people from Germany, Switzerland and other places who recommended different music to me. There my tastes expanded even more, and then the first artist we worked with was Álvaro Díaz (Puerto Rican rap and reggaeton artist). Little by little we grew and more and more artists began to arrive looking for our sound.

(Félix) We exploded worldwide with 'Telepathy' by Kali Uchis.

(Manuel) Kali Uchis is working quite well in Spain. I think that you are more open when it comes to listening to music than the Latin American public, which is more complicated. Everything is reggaeton there, although well, I see that it's also quite strong here... But here they have another move, much more open.

His bet with Lara Project, however, is not in line with reggaeton but rather with classic pop with disco touches.

(Manuel) We took a 'seventies', retro sound, and gave it our touch of 'sound design'. It has worked very well.

But, has your proposal encountered obstacles in Latin America, because of the closedness you mention?

(Manuel) Yes, but hey, we are helping to open those windows, to provide alternatives. Reggaeton has been dominating for two decades, but now we feel responsible for breaking new ground and not just listening to reggaeton. Lara Project started in 2016, and I think now we have the perfect timing because people are opening up to hear other things. Even the reggaetonists themselves are doing it.

Indeed, Bad Bunny or Rauw Alejandro sound more and more pop. That's where his influence has been, I imagine.

(Manuel) Yes, yes... totally. With them we have done eighties pop-rock songs and other original things on the scene, which have worked. People are now looking for those kinds of artists because Bad Bunny and Rauw Alejandro have opened their ears.

'Control' talks about vices, a constant danger in stardom.

(Félix) He talks about that situation in which you fall into vices, and is inspired by the dark side of the seventies. Disco music is always talked about the 'happy' part, when in fact it was a pretty dark time with the theme of vices. With the pandemic we have all experienced a situation of strong stress and anxiety, and now this issue can get out of hand to escape those problems...

(Félix) Like all brothers, we have had many discussions. But we have developed enough maturity to communicate, and we understand the role that the other has.

Who gives more of the two?

(Manuel) That's me, without a doubt (laughs). It's just that Felix doesn't stop throwing ideas.

(Felix) It's true. I am the 'vomiter' of ideas, and Manuel is the one who organizes them.

Do the artists who come to you usually have a clear idea of ​​what they want? Or do some arrive with their lyrics but with musical ideas that are too vague?

(Manuel) It depends on the artist, of course. We try to be a tool for the artist. I like to develop ideas together with the artist, and not say 'look, there you have this beat, and if you don't like it, I have this other one'. I like to know how he feels so I can make the soundtrack for the movie he has in mind.

(Félix) The most relevant artists, like Bunny or Rauw, have a lot of 'input' in their music, and we are a tool to materialize their ideas. Bad Bunny, for example, always has everything very clear and it doesn't take long to find what we want.

They have sometimes said that they are very anti-mainstream, in the sense that they have said no to many things that would have brought them a lot of money, but they were not convinced artistically.

(Manuel) We have a saying: 'Lara Project is innovation and rebellion'. Rebellion is not following the wave of what is fashionable, and standing firm in that position, in our concept. We don't make music to hit hard, but to last over time. And sometimes that leads you to make those kinds of decisions.

Another producer-musician like you from the Latin urban scene, Tainy, told me that the 'featurings' system is being abused.

As producers, what do you think of 'Motomami'?

(Félix) Rosalía is in another.

(Manuel) It's super cool. It is innovative. It's not what some fans were expecting, but she is constantly evolving.

I've had many interviews with foreign artists in which when asked about Spanish singers, they repeat 'Rosalía y C. Tangana' almost like a mantra. Any more to add?

(Manuel) Yes, one with whom we have worked and who is very interesting: Sen Senra.

1 Presented the posters of Palencia, "a fair of... 2 US: Israelis likely to have fired the shot that killed... 3 A councilor from Fuerteventura was sentenced for a... 4 Mercedes workers in Vitoria decide this Tuesday if... 5 Ferrández wins by a landslide in the Hogueras mascletás... 6 The summer relaunches hiring in Aragon: 7,200 jobs... 7 The number of VET students in Castilla y León has... 8 Princess Leonor presents the Princess of Girona Foundation... 9 Basque Country calls for extreme precautions against... 10 The PSOE consummates its pact with Bildu and launches... 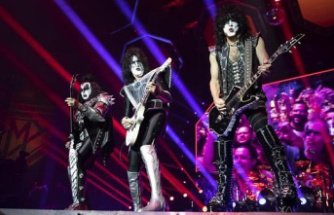 Kiss: the goodbye of a legendary group
BREAKING NEWS 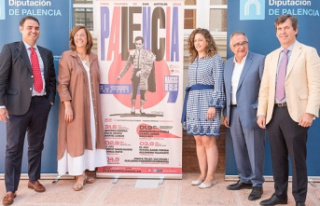 Presented the posters of Palencia, "a fair of...