The scars that cross his face are question marks. 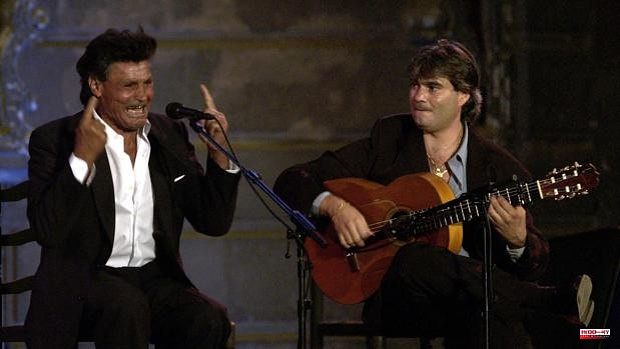 The scars that cross his face are question marks. When he was born, we wonder, lacking papers to certify it. What would there be, in reality, at the bottom of that forge myth that in his bonfire burned all signs of weakness. Manuel Agujetas is a Bukowski of cante jondo, a lonely emblem that romantically walked between reality and myth to try to confuse us. He played to die at every corner of his voice. He inspired poets. His friends told him for God's sake to become a professional and he changed the fire for the stage, where he lit up a thousand times and ranted with his particular vision of this art, the antipodes of openness. This June is the anniversary, whatever they are, of his birth, or maybe not.

Who knows. If the years that some of his biographies contain are contradictory, the months are even more so.

He did not have an ID, but he did, according to close sources, an ipod. How does one thing coexist with the other, I wonder. What would this gypsy with a dark fire do at home. I reduce everything to the most elementary, almost obscene: what would I sing in the shower. He fell in love with a Japanese woman and while he was alive he asked to rest all death buried in the East. Even in the afterlife, when we found out, he carried his rebellion, where he always won by crackling faded lyrics that only knew how to express themselves through certain styles: the soleá, the martinete and the seguirilla, above all. Also the fandango, so torn, the tientos and some malagueñas, tarantos, tangos, alegrías, bulería por soleá and bulerías. Let's stop counting.

His father, Agujetas El Viejo, named for his work on the railway, where he was dedicated to changing the points of the tracks, coincided with Manuel Torre and recorded some cantes that would have been lost without him, such as the Jerez soleá by Carapiera: « For what you want to happen», with the air of a cantiña, in major tones. El Torre, for his part, was that artist fond of greyhounds who set Lorca's ears on fire and aroused part of his 'Romancero'. Strange genius of cabal art that connects us with an even more unknown past. Still, therefore, more mythologized.

The Old Man had children: Manuel, our protagonist, also Diego, Juan El Gordo, Paco and Luis. All with that form of visceral expression. And Manuel, of course, also had children: Dolores and Antonio, both with the same artistic surname, Agujetas, are two of those who have defended this aesthetic with more bone than music, although only she is present in the main programming. His art, I mean, remains alive: in his nephews and admirers. Where the blood flows.

The first album he released caused a strong impact: 'Viejo cante jondo' (1970), produced by Manuel Ríos Ruiz. Like his arrival in Japan, where he intuited those present with eyes of scandal and doubt. "Too pure," said El Chocolate, another voice made of pain glued with cadmium and bits. But, in reality, extremely timeless, because we do not find too many precedents in historical recordings. Great was the scandal when the investigator Fautino Nuñez said that Morente sounded older to him, that he was extremely oriental.

We are, therefore, before a savage to languages ​​of any context. Haranguing of fantasy and rage that he delivered, piece by piece, verse by verse, the different seams of his wound, as extensive as the one in Miguel Hernández's poem. He performed in tablaos and festivals, participated in the film 'Flamenco' by Carlos Saura and toured the world always stained with late nights and early mornings. At the end of his life, he did not go out on the weekends of the shows with his companions. There would be, perhaps, nothing to celebrate inside that gypsy in which the man and the character coexisted as in a coin that turns on its own axis: becoming a single face from so much rolling. In his wake I blindly grope for the things he has left: smoke and scream. A symbol never seen before on the back of almost everything that comes to mind. Anarchic, magical, suffering. Creator of a figure that ended up transcending cante.

1 The Government declares Nativity Scenes as a Representative... 2 The new Latino Museum in the United States reduces... 3 Sónar starts rolling in search of lost time (and... 4 Azkena and Sonorama, two great anniversaries between... 5 The PP asks for explanations for the participation... 6 The emotional video in which Manuel Carrasco dedicates... 7 "Spain has to rebalance the balance in North... 8 Twelve Dads Talk About How the Pandemic Changed Their... 9 Aspiring national police: "This is not an opposition,... 10 Can we time travel? Some answers are provided by a... 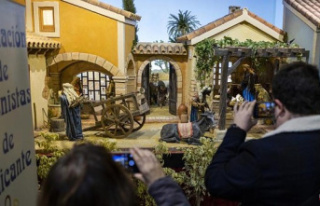 The Government declares Nativity Scenes as a Representative...