After the international success of the British Netflix production "Sex Education", the Amazon Prime streaming service is now following suit for the German market. 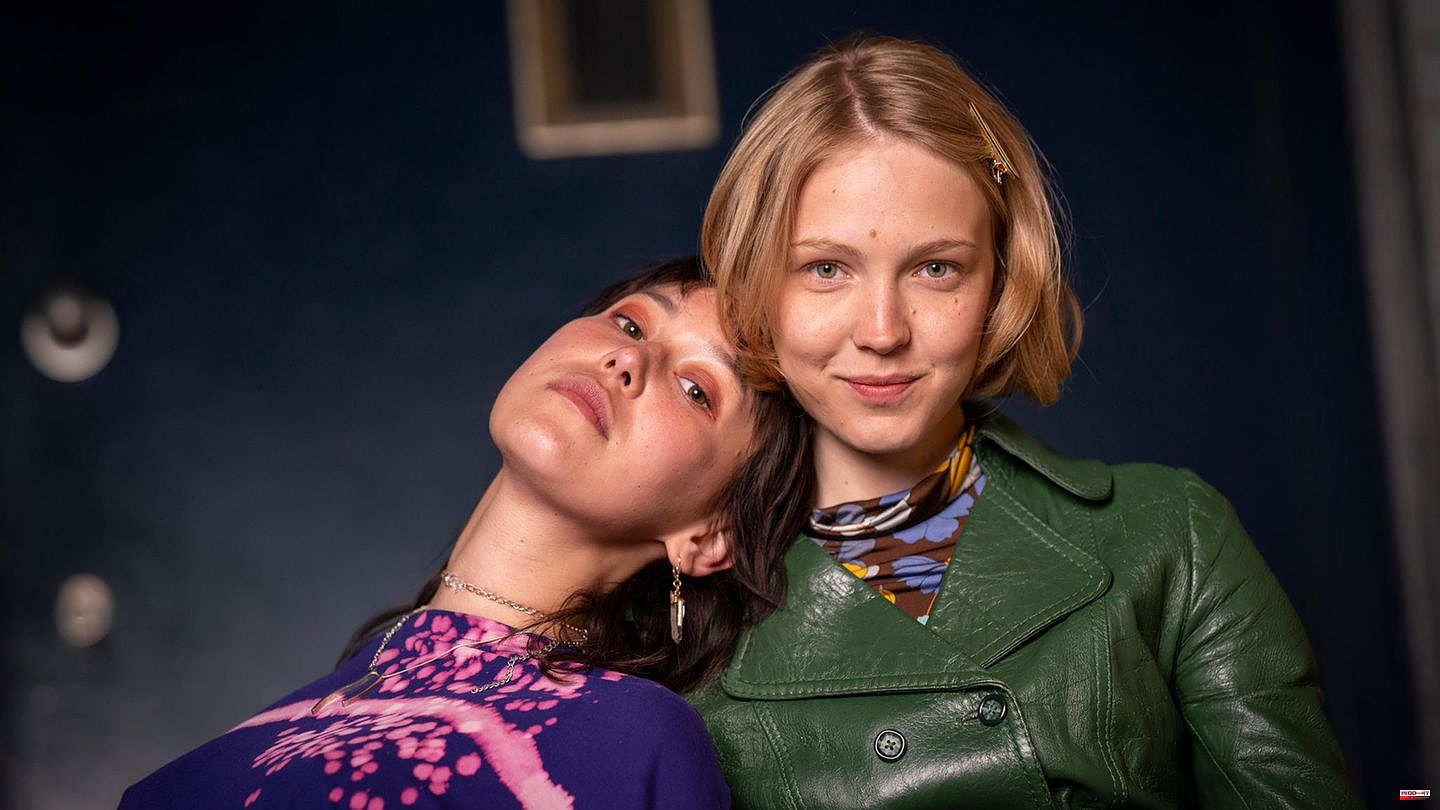 After the international success of the British Netflix production "Sex Education", the Amazon Prime streaming service is now following suit for the German market. In "Love Addicts", four young people from Hamburg come together for sex therapy. The group is led by Annette Frier, who plays Anja.

While Zoé and Ben suffer from sex addiction, Nele and Dennis struggle with a possessive partner and excessive demands on Tinder dates. Together, the four unequal friends are looking for a healthy approach to their sexuality. In the conversation with the star, the leading actresses Malaya Stern Takeda (Zoé) and Magdalena Laubisch (Nele) talk about personal experiences of enlightenment, patriarchal representations of sex and their ideas of romance.

Sex strapped to a wheel, over 50 swinger parties and intimate moments with a balloon - what did you think when you read the script for the first time?Magdalena Laubisch: It was awesome. A world of its own and characters of its own. Then the head cinema went straight to: How do you want to do that? Sex in the Röhnrad? Swinger parties? That made me very curious.

Malaya Stern Takeda: The roles are blatantly extreme and super ambivalent. They contradict each other constantly. I found the character to be a playground where you can try out so many things. Precisely because the storyline is so relatable: Tinder, love, loneliness. Especially in the summer after the Corona pandemic, you just felt the need to experience something new. Playing something like that just makes you want to.

Is the German audience ready for a series like "Love Addicts" or still too prudish?Magdalena Laubisch: I recently had a funny faux pas at a family celebration. I didn't even think that it might be weird to show the trailer around. The laptop was quickly closed again.

Malaya Stern Takeda: But I believe that there are definitely really cool young people, especially young FLINTA* (the acronym "Flinta" stands for women, lesbians, intersexual, non-binary, trans and agender people) in Germany, who want to see a series like this. Our series is open to sex and penetrates many taboo zones.

The sex scenes in "Love Addicts" often seem wild and romantic. Is this a realistic reflection of the love life of young people who are struggling?Malaya Stern Takeda: We're not showing perfect glossy glamor sex. Nor is it from the typically male gaze. You just see realistic, uncomfortable and embarrassing sex scenes. So as realistic as a series format allows.

Magdalena Laubisch: In the best case scenario, you should identify with four young people and how they pursue their desires and find out what they think is good or not so good.

What makes these four young people special?Magdalena Laubisch: Dennis, played by Anselm Bresgott, lives in a toxic relationship with his girlfriend Yvonne. He cannot free himself from it because he puts his own needs behind those of others. In therapy he learns where his own limits lie.

Malaya Stern Takeda: Then we have Ben, played by Dimitri Abolt. Ben is incapable of relationships and a playboy in the classic sense. In the therapy sessions we then see that he actually has a very soft core and the need for closeness. But he's also very afraid to admit it.

Magdalena Laubisch: My character Nele has a problem peeper and always chooses the wrong frog to kiss. She drifts off into a fairytale world where she thinks up her prince charming, fathers eight children and lives in a castle forever and ever. Of course, all of this doesn't even come close to keeping up with reality.

Malaya Stern Takeda: I play Zoé, a young woman addicted to sex. She's like a wild horse that's actually going completely nuts. For her, it takes a lot of courage to face love because it makes you very vulnerable. I think a lot of people out there are afraid of that too.

Did you recognize yourselves in your roles?Malaya Stern Takeda: I'm safe a lot more Nele than Zoé. I'm more of a romantic.

How did you deal with acceptability on set?Magdalena Laubisch: We had an intimacy coach throughout the process. Alev Imak, a really great woman. Most of the time, we would meet up for coffee a few days before we started shooting with the players we were doing the sex scenes with. Then we briefly checked what works for us, where are the other's limits and then we worked out a choreo.

Malaya Stern Takeda: There was a pretty clear flow. It's basically just about staying within a safe framework. That sounds unsexy at first, but a game is an appointment, a game is also a trust. You could stop at any time if you didn't feel comfortable. I was totally grateful for that.

Magdalena Laubisch: Especially when you meet people for the first time, it is advantageous if you don't lie naked next to each other in bed, but get to know each other briefly first. That gives you incredible security and is a great gift for the game, because you can really get involved with each other at that moment.

Malaya Stern Takeda: Affordability is also a good thing. If you're embarrassed by the series, we've done everything right. stay acward

Were there any scenes that were too absurd?Malaya Stern Takeda: I'm into the absurd.

Your characters are in their mid-twenties who are questioning the course of their lives so far at many points. How is that emblematic of your generation?Malaya Stern Takeda: I think we're all searching. The series hits that basic feeling of being 'lost'. You're like, 'Fuck, I'm 25 now. This is getting serious.' On the one hand you are grown up and working, on the other hand you are still a child and just want to be petted.

Magdalena Laubisch: I find it really interesting how our generation deals with love. Especially during the pandemic, everything has become much more impersonal. Nowadays you mainly get to know people via Instagram or Tinder. Only here do you dare to take the first step. I think it's very important to talk to each other personally and approach people openly. Today everyone lives for themselves because it is also possible on the internet.

Magdalena Laubisch: I think friendships were the most important thing for me to talk about sex. This enabled me to get to know my own body and gain self-empowerment. What do I enjoy, what do I feel like doing? We were born in the late 90s, so such topics were only discussed very one-sidedly at school.

Now that you've been in therapy for a season, do you have any advice you would give your characters? Malaya Stern Takeda: Dear Zoé, you deserve to be loved. Don't be so afraid of your light.

Both: ...and writes love letters! 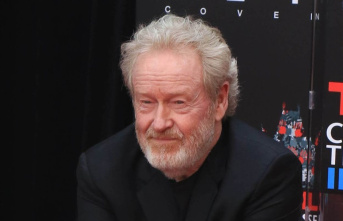