The philosopher, essayist and literary critic George Steiner said that to translate "is to take a trip through a foreign country". 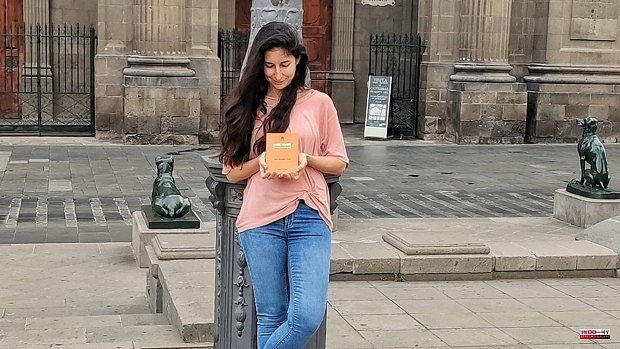 The philosopher, essayist and literary critic George Steiner said that to translate "is to take a trip through a foreign country". A journey that involves entering an unknown culture, drinking from its customs, meeting its people, discovering its corners, exploring its worlds... This is at least how Idaira Hernández Armas understands it, in whose work 'Lost Objects. A story by Pyun Hye-young' (UMA Editorial, 2021) not only highlights the peculiarities of literary translation from Korean to Spanish, but also shows the importance of the translation of literature as a tool for transmission and understanding between cultures.

Divided into seven chapters, the work begins by unraveling the methodology and delving into the figure of the South Korean author Pyun Hye-young.

"In this phase I have collected the documentation on the author, her work and her context in order to define the text and style and help in understanding its meaning and intention," explains Hernández Armas. A task that allows unraveling the communicative intentions of the Korean author, as well as her way of expressing herself.

The core of the book is centered on the meticulous analysis of the story whose translation, carried out from a functional and communicative approach, can be read in the sixth chapter. Previously, the text is broken down from the plot to the themes reflected, going through the characters and the style or the scenarios. «In the translation, structures have been chosen that will be received without surprise in the target language, while expressing the intention of the original text and causing the same effect as in the original reader», clarifies in the introduction the translator and interpreter specialized in English and Korean.

The book is completed with a phase in which the author has perfected and studied the text to ensure its understanding. Thus, in the fifth chapter the notes to the translation are collected in which he explains the peculiarities and the linguistic, extra-linguistic, instrumental and pragmatic problems that he has faced in this process, such as the frequent use of onomatopoeias in Korean literature, foreign words, adjective clauses, grammatical structure, tenses or punctuation, among others. The book closes with the translation and transcription of the interview that Hernández Armas conducted with Pyun Hye-young in 2015, within the framework of the 1st Korean Literature Translation Workshop organized by the University of Malaga (UMA) and the Literary Translation Institute from Korea.

Although interest in South Korea has recently increased thanks to audiovisual formats such as Parasites or The Squid Game or K-pop musical groups such as BTS, its rich literature is unknown to most Spaniards. In this sense, this exhaustive work is a good example of the role that the translator has as an intercultural mediator both when it comes to decoding the language and aspects of the culture, in a way that could ensure a complete understanding of them by a receiver. : «Literature is an artistic expression capable of reflecting different aspects of a culture and the particular vision of the author and that, to transmit them to the world, one of the means of diffusion is translation». In this way, aspects such as business hierarchy, gender roles, attendance at karaoke or the 'han' feeling emerge from its pages.

A translation that, as Steiner said, allows us to travel through the Republic of Korea through Park, its main character. Throughout the story, the monotonous and conformist life of this office worker shows us the characteristics of a large city where the identity of each citizen is determined by their role in the company, which means losing self-esteem and the inability to distinguish themselves from others. the rest.

Available in Editorial University of Malaga

1 Album Reviews of the Week: Holy Land, Merzbow 2 The passionate love story between Chopin and George... 3 Rocío Márquez and Bronquio: «In flamenco there... 4 The Pilgrim Fair returns in style 5 The ninth CaixaForum in Spain is now a reality: Valencia... 6 The premiere of 'Lightyear', between controversies... 7 'Las supplicantes', a story of dignity that... 8 The Canary Islands continue to climb with 2,493 new... 9 The shocking image of a civil guard who plays it to... 10 Full house in the first summer camp of the Sports... 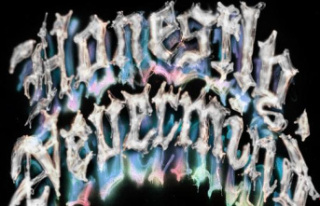