La Pegatina: «During the pandemic we were lucky to be Catalans, because we have had much more help»

After touring more than 35 countries in a 19-year career, La Pegatina stopped traveling and stayed home for two years. 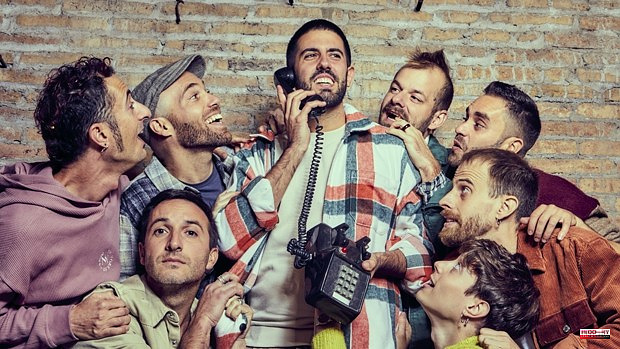 After touring more than 35 countries in a 19-year career, La Pegatina stopped traveling and stayed home for two years. But now that the tours are back, they return with more desire than ever to continue going 'Hacia Otra Parte'. His tenth album (eighth studio) that comes from the hand of Calaverita Records and Música Global, also has some high-flying travel companions from all over the world, such as Youthstar, MC of the Franco-English Chinese Man, the Argentine Los Auténticos Decadent, the Uruguayan La Vela Puerca, the Dutch Chef'Special in Holland, the Mexican Panteón Rococó, the Brazilian Flavia Coelho or the German Querbeat, among many others.

They have had collaborations from artists from around the world, how long has it taken to record them?

We started planning this album without meaning to, before the previous album. It all started because a very top band asked us to do a collaboration. Then they did a bit of 'ghosting' to us, but as a result of that we decided to do collaborations with bands from other countries. We talked to Chef Special, and in December 2019 we went to the Netherlands to compose with them. We got together in the studio, and then the pandemic hit. Then we started to make the other album, 'Darle laturn', and later we recovered the idea of ​​the album of collaborations. We did one with the Germans Querbeat, and once we had that, we thought of Latin American bands. We made a list of artists we wanted to collaborate with, and that's how the album was created.

On the list there are very popular artists, and others who are not very well known here in Spain.

They are well known in their countries, but they have not been to Spain many times. And it's cool for us to do a bit of prescribers with this album. There are artists who are references for us since we started the group, and others who are more recent, but with all the process has been to have fun, without further pretensions. We have played a lot with the music to get closer to their styles, and all without knowing that in the end we would make an album with all the collaborations. In the end, we have come to the conclusion that perhaps it is preferable to make the albums without knowing that they are going to be albums. Just doing each song for fun.

The album in physical format comes packaged in the form of a suitcase, an allegory of the very process that has followed its recording, but also of your entire career: you are one of the Spanish bands that travels the most around the world. How do you feel about the return of international tours, and how has the two-year break been for you?

We have been lucky to be Catalans, because there has been much more aid for culture in our autonomous community than in other places. A couple of members of the group have taken the opportunity to be parents, so they have been entertained and it has passed quickly. We caught the return with a lot of desire, and thinking about doing the best direct possible. There are other groups that are going to do concerts with less investment in logistics, to recover money, but we are putting on a show with visuals, we have multiplied the confetti, etc…

It is said that many artists are also raising their caches, for the same reason: to recover the money lost these two years.

In our case it is not so. Some will be doing it, but we don't know of anyone who is throwing around. It is clear that money must be recovered, but we are going rather on the opposite side, and what we do see is that it is the promoters who are trying to get artists to charge less, so that they can recover their losses. There are many festivals that, with the excuse of the pandemic, are trying to recover money in this way. At least that's what we're seeing in our scene, the pop-rock-miscegenation scene. Added to this is the issue of the concert funnel: people don't have money to see all the artists they want, and now that we're all out there, they have to choose. And if people have to choose between bands that they have already seen several times, or see new artists that are fashionable, well, we already know what they are going to choose, right? We are in a bad economic moment, and thirty percent less tickets are being sold, in general.

This is your first album outside of Warner, what motivated your departure?

This album comes out with Calaverita Records, which is the label that our management agency Sonde3 has set up, so we're going back home a bit, to independence. We needed to have a promotion in Catalonia that someone from Madrid cannot give it to you. Calaverita has joined Música Global in this project, and joining forces can result in something very positive. Publishing the album we're releasing now with a multinational company would be quite difficult because of the international collaborations. Between the fact that the lawyers of one and the other agree, it would have lasted forever. Also, with Warner there had come a time when they couldn't get what we asked for. They gave us the letter of freedom, and they were honest with us by letting us go.

And what was it that they asked for that they could not fulfill?

Well, for example, that when we played in certain countries, our records were available there. Warner told us that they weren't around right now to do that.

1 No news of the unicorns in Italy 2 China pushes its global economic ambition to the limit... 3 When Tres Cantos was at the forefront of semiconductors 4 Spain sprints to rejoin the industrial platoon of... 5 US and S. Korea launch missiles at sea to match North's... 6 The new delegation of the Generalitat in Slovenia... 7 Sánchez will explain his pact with Rabat after 82... 8 A fighter-bomber in the garden 9 Sit-ins and insults embarrass Biden at his American... 10 No one as great as Nadal, an isolated case of longevity... 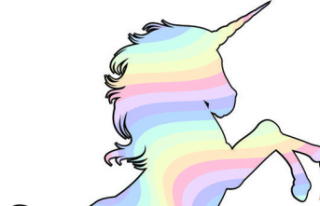 No news of the unicorns in Italy