LOUISVILLE (Ky.) - Eric Conn, a disbarred lawyer, sits in a federal jail. Hundreds of people living in America's most poorest areas are still mired in the legal mess he created by running a $600,000,000 fraud, the largest Social Security fraud in American history. LOUISVILLE (Ky.) - Eric Conn, a disbarred lawyer, sits in a federal jail. Hundreds of people living in America's most poorest areas are still mired in the legal mess he created by running a $600,000,000 fraud, the largest Social Security fraud in American history.

After his fraud was exposed six years ago, approximately 1,700 people had to go through hearings in order to prove their disability. Nearly half of them lost their benefits. Some 230 recipients were able to have their benefits restored by court orders years later, but they might need to prove it again.

Mary Sexton has been diagnosed with scoliosis. She has had two brain surgeries and spinal surgery to fuse her vertebrae. She has a limp, along with other chronic conditions such as headaches, kidney problems, and inability to focus that have forced her to leave college.

The federal Social Security Act provides lifetime cash benefits to people who are unable to earn income due to a terminal illness, or a "medically determined physical or mental impairment" lasting at least one year. These payments were $1,234 per month in early 2019, which is just above poverty, but sufficient to meet basic needs.

A person must provide medical proof- not just symptoms - that they are unable to perform any "substantial gainful activities."

The payments cost the government around $200 billion each year. Because pain is subjective, administrative judges are used to identify fraudsters. Although it is not clear if Conn's clients were deceptive regarding a disability, volunteer lawyers who have worked with Conn clients have said they have seen very few.

Conn paid $400 to doctors to make falsified medical records for his clients. Then, he paid a judge to authorize the lifetime benefits. Conn fled the country leading federal agents on a six month chase that ended in Honduras. His 2017 plea agreement would have placed him in jail for 12 years. His sentence was further extended by Conn's escape attempt, which added 15 years.

Sexton, 35 years old, claimed that Conn was hired for her disability case over 15 years ago. This was when Conn, a millionaire lawyer, used billboards and advertisements all over the region of poverty promising benefits for disabled people.

"That's all that you heard about him, he was 'Mr. Sexton stated that Social Security was his main concern. "It's terrible what this man did to people."

Sexton, now living with her mother in Hazard said that the "weight of all the world" was lifted from her shoulders after her payments resumed.

Sexton was near tears when he said, "And here I get the letter and they tell you that I still have the possibility of losing them."

After Conn's scheme was exposed she went almost five years without any benefits. She lost her home, and spent weeks sleeping in her car before she gave up on her pride and asked for assistance.

Sexton stated, "I was actually ashamed to tell my mother." "My health problems didn't get any better after all of that."

The judge ruled that the agency had unconstitutionally ignored medical evidence in the 230 cases. He stated that even a member of Al Qaeda would have been treated better. The government signaled that it would reconsider the ruling in spite of that.

"We hoped that the Biden administration (in Washington), would end this, but right at the moment we're worried," Ned Pillersdorf, an attorney from eastern Kentucky who represents dozens of former Conn clients, said. "We believed there was a real chance to reverse the course."

According to The Associated Press, Social Security Administration stated that it is required by law to "conduct redeterminations" of entitlement "when there is a reason for believing fraud or similar fault was involved with a person's benefits application." Conn's fraud was exposed by two employees of the agency in a whistleblower lawsuit.

Pillersdorf described the hearings as "bizarre" because they don't require people to prove that they have a disability. They must prove that they were disabled when Conn was their attorney. In some cases, this may be more than a decade back. Conn destroyed thousands upon thousands of pages of records in his office, frustrating any attempts to make such claims.

Pillersdorf and many other lawyers stepped up after the agency suspended benefit payments. They worked for free in many cases in order to help hundreds of people get through the mess. Pillersdorf stated that his practice has been engulfed by a six-year-plus litigation war.

Pillersdorf stated that he and other lawyers will take the government to court in an attempt to stop hearings from beginning if they are not stopped by a series of appellate defeats.

According to the Social Security Administration, eligibility questions regarding Conn's clients from the past have not been addressed fully. It stated that several courts have ruled that our redetermination process needs additional procedural protections. However, no court has ruled that the agency shouldn't conduct redeterminations.

Rep. Hal Rogers wrote to the Social Security Administration acting commissioner to complain that the agency had spent millions to deny small amounts to innocent victims of con jobs.

The Kentucky Republican wrote that these individuals were victims of fraud and not the perpetrators and that it was time for their anxiety and uncertainty to end. He argued for a process that would keep them from going to court. 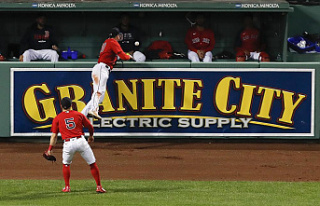