July 4, a key date for the future of Vicente Aleixandre's legacy

The Ministry of Culture, the Community of Madrid and the Madrid City Council plan to hold a meeting at the highest level on July 4 to agree on a consensus position regarding the future of Vicente Aleixandre's house, which has just been put up for auction, and the important Nobel Prize archive, which has been declared a Site of Cultural Interest (BIC). 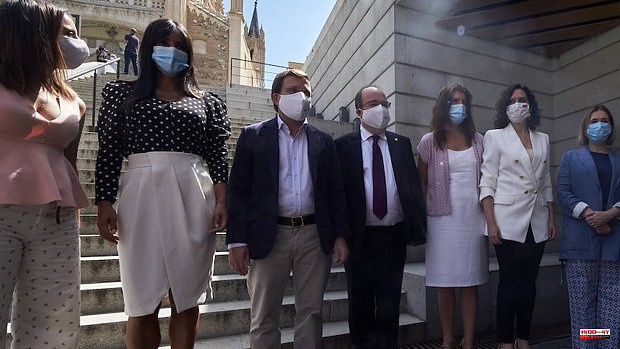 The Ministry of Culture, the Community of Madrid and the Madrid City Council plan to hold a meeting at the highest level on July 4 to agree on a consensus position regarding the future of Vicente Aleixandre's house, which has just been put up for auction, and the important Nobel Prize archive, which has been declared a Site of Cultural Interest (BIC).

According to sources consulted by ABC, in principle it is not expected that a final decision will come out of this first meeting, but it will serve for the three administrations to finally sit down at the table and try to unblock a conflict that has been dragging on for decades.

The Ministry of Culture yesterday avoided referring to this meeting when this newspaper asked if the Government intends to bid for Aleixandre's house or if it will take any steps to buy the poet's archive.

“The ministry understands that any decision must be agreed between the three administrations: the Community of Madrid, the Madrid City Council and the ministry,” the department led by Miquel Iceta limited itself to saying, in a recurring response in recent months.

The Government, in a written response to a parliamentary question from the PP, said a few days ago that the Government "has been and continues to be interested" in the acquisition of a huge archive that contains manuscripts, publishing contracts or a library of more than four thousand copies, but for the moment it is "unfeasible to manifest in any way" regarding the purchase due to the ignorance "for sure" of the content of the legacy.

The resolution published this Friday by the Ministry of Culture of the Community of Madrid provides information that no administration had accessed in the last fifteen years, but the ministry preferred not to take a position.

The regional body, led by Marta Rivera de la Cruz, also did not want to advance what the next steps will be once the BIC protection of the file is completed, a process that can take nine months.

In the community they are now focused on completing the resolution, which has begun with a preliminary analysis, and they still do not have an appraisal of the cost of the file. In 2007 the Junta de Andalucía and the Diputación de Málaga offered 5 million euros in an operation that was frustrated with the arrival of the crisis.

The Madrid City Council, for its part, assessed "very positively" the protection of Aleixandre's archive. "The house did not make sense if there was no protection over the material legacy of the Nobel Prize," said yesterday the department headed by Andrea Levy, who called on the higher administrations to work together for the future protection of the archive and the house.

The Community of Madrid has already made it clear that among its plans is not to bid for Aleixandre's house, which during the second half of the last century was a meeting place for the most important poets in the country. After years of political inaction and litigation between the poet's heirs, it will go on sale at a judicial public auction for 4.6 million euros. Ministry, community and city council offered 1.9 million euros in 2007, an offer that was far from the claims of the owners.

The Association of Friends of Vicente Aleixandre, which has been criticizing all public administrations for months for the "insufficient" protection that Velintonia has been given, recalled yesterday that they were "the first to propose the declaration as BIC of the archive, some time ago years", and denounced that "they have taken it very calmly".

«Velintonia (which is also part of his legacy), due to a capricious political decision, is closer to its destruction. Shameful," added its president, Alejandro Sanz.

1 Bullfighting loses Andrés Vázquez, the flag of classic... 2 Sónar comes back to life between experimentation... 3 G men take another triumphal walk in the US: "It's... 4 "It would be more convenient to make the underwater... 5 Madrid begins the procedures to protect the Aleixandre... 6 Patti Smith and the glory routine 7 An exhibition reveals the most mature look of Laxeiro... 8 Play the 'online escape room' created by... 9 The Government considers the crisis in Catalonia to... 10 Traveling by direct Alvia train from Castilla y León... 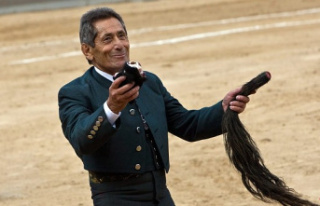