Julee Cruise, the singer of the unforgettable soundtrack of 'Twin Peaks' and a former member of the group B-52 in the mid-nineties (replacing Cindy Wilson), has died at the age of 65, as reported by her husband Edward Grinnan with a message on Facebook: "She has left this kingdom on her own terms. 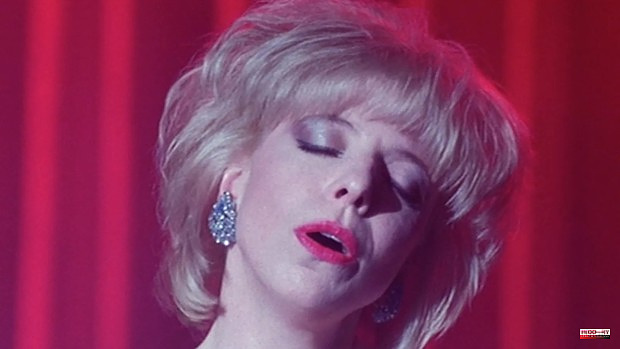 Julee Cruise, the singer of the unforgettable soundtrack of 'Twin Peaks' and a former member of the group B-52 in the mid-nineties (replacing Cindy Wilson), has died at the age of 65, as reported by her husband Edward Grinnan with a message on Facebook: "She has left this kingdom on her own terms. No regrets. She's at peace... I played her B-52 song 'Roam' during her transition. She now she will wander forever. She rests in peace, my love ». A few years ago, Cruise revealed that she had lupus and that she was in great pain and in poor health, so she was ready to "go."

Cruise became popular for his performance of "Falling," the theme song from the soundtrack of the David Lynch series, released in 1990.

The song, taken from his debut album 'Floating Into the Night' from 1989 (where he had Lynch and Badalamenti in the composition of lyrics and music), reached number 7 in the UK charts, was a success throughout Europe. and topped the singles chart in Australia. She later released three more albums 'The Voice of Love' (1993), 'The Art of Being a Girl' (2002) and 'My Secret Life' (2011), but none were as successful.

Born in Iowa in 1956, Cruise began her collaborations with Lynch in 1986 for his movie "Blue Velvet," where she performed the song "Mysteries of Love." In 1990 she appeared as a character called The Dreamself of the Heartbroken Woman in Lynch's avant-garde stage production of 'Industrial Symphony No 1', opposite Nicolas Cage and Laura Dern.

In addition to singing the central song of 'Twin Peaks', he appeared in an exciting scene performing it in the city bar where the story took place. She also appeared in the spin-off 'Twin Peaks: Fire Walk With Me' and 'Twin Peaks: The Return' in 2017, but then her relationship with Lynch ended up breaking down. The filmmaker's decision to show only a few seconds of her performance to go to the credit titles disappointed the artist, who showed her discomfort on her personal Facebook profile with this message: «She is already. I couldn't care less about Twin Peaks. I yelled out of anger. He did it to slap me in the face. I'm so sick of... If you only knew... he's treated me like dirt. I don't like David Lynch's attitude towards me. I will never work for the emperor again, thank God."

1 The minor who reported a group rape in Burjassot exonerates... 2 They recover the Fuero de Brihuega, a codex from the... 3 A Brazilian fugitive arrested for continued sexual... 4 Jail for a man for killing another with a hammer for... 5 The CPI shoots up to 9.9% year-on-year in Castilla... 6 Espanyol parks the feelings in its 'renewal'... 7 Mónica Oltra insists on not resigning and criticizes... 8 Castilla y León announces a plan to "monitor"... 9 These are the changes of the urban bus lines for the... 10 Selectivity in Catalonia 2022: this will be the university... 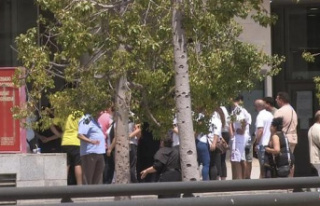 The minor who reported a group rape in Burjassot exonerates...