Jude Law turns 50: is he finally rid of the womanizer reputation?

Actor Jude Law (50) is undisputedly an attractive man today as he was then. 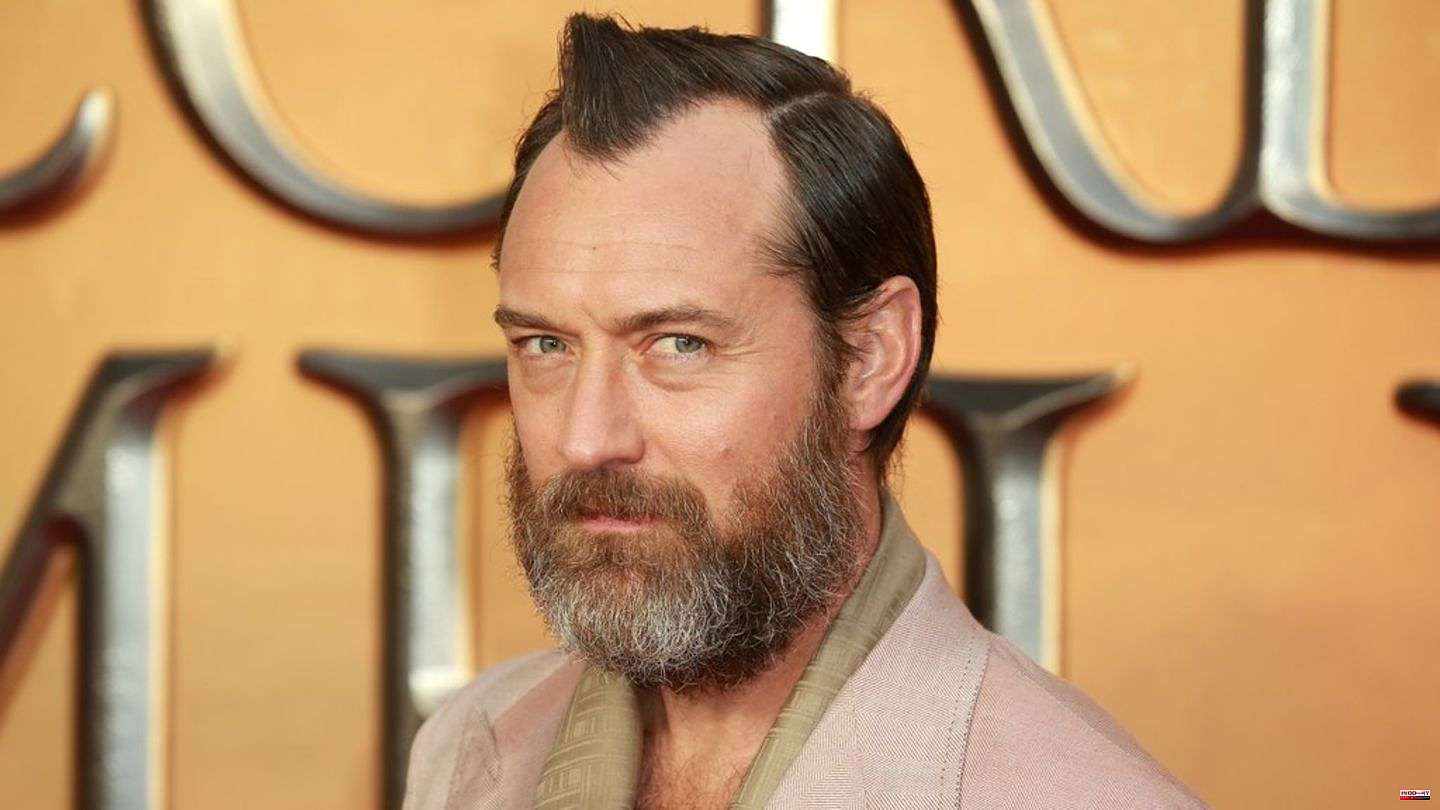 Actor Jude Law (50) is undisputedly an attractive man today as he was then. But over the years he seems to have shed his reputation as a sex symbol, heartthrob and heartthrob. The Brit celebrates his 50th birthday on December 29 - and should not mourn his dwindling womanizer image. "Honestly, I'm very happy that I'm not 25 anymore. The times as a poster boy and 'Sexiest Man Alive' are behind me - thank God - now," said the Brit in 2013 in an interview with the " Playboy". Not surprising considering Law's lifestyle and film roles from that time had long shaped his reputation.

In his early 20s, the south-west London-born son of two teachers celebrated his breakthrough in Hollywood. David Jude Heyworth Law, just called Jew by his parents, was drawn to acting at an early age. At the age of 15 he felt his way towards his dream career at the National Youth Music Theater in London. A few years later, in 1994, he was able to attract attention for the first time with his performance in the West End play "Les Parents Terribles". Law made the play onto Broadway in 1995, retitled Indiscretions. His performance earned him a Tony nomination and a World Theater Award. At that time he was just 23 years old.

In the meantime, Law has also gained experience in front of the camera. After appearing in television films and series, he landed his first major film role in the 1994 independent film Shopping. On the set he met Sadie Frost (57). For Law, she reportedly left her then-husband, musician Gary Kemp (63), who she had previously dated for nine years. In 1996, Law and Frost's first son, Rafferty, was born. A year later the couple married. Two more children followed: daughter Iris in 2000 and son Rudy in 2002.

Meanwhile, the British acting career continued to gain momentum. After being praised in 1997 for his acting in the film "Wilde" and considered a hot newcomer, 1999's "The Talented Mr. Ripley" brought him his breakthrough as a celebrated young star. As in the films "The Wisdom of the Crocodiles" (1998) or "Midnight in the Garden of Good and Evil" (1997), his character in "The Talented Mr. Ripley" was characterized by good looks, charm and the qualities of a seducer.

At the same time, the parallels between his roles and the headlines from his private life cemented Law's reputation as a womanizer and heartthrob. Along with his wife Sadie Frost, he was part of a group of influential stars based in north London. The couple was considered the center of the clique consisting of celebrities such as supermodel Kate Moss (48), the Oasis brothers Liam (50) and Noel Gallagher (55) and fellow actors Sienna Miller (41) and Gwyneth Paltrow (50). The British press dubbed the group "Primrose Hill set" after a popular park in London's Camden area. Alleged wild party nights made headlines again and again.

In the early 2000s, the group broke up with Law and Frost's divorce. At the same time, Law celebrated further successes with films such as "AI - Artificial Intelligence" (2001), "Cold Mountain" (2003) and "Alfie" (2004). For the latter, he received a BAFTA, a Golden Globe, and an Oscar nomination. But he also continued to cause a stir away from the big screen. In 2004, he was named People's Sexiest Man Alive. In the same year he became engaged to colleague Sienna Miller, with whom he had previously worked together in front of the camera for "Alfie". The dream couple of the 2000s fell victim to another scandal a short time later.

In July 2005, Jude Law made headlines with an affair with a nanny. She later published diary entries about her liaison with Law. This was followed by a public apology from the British to his fiancée and his family. A year later, Law and Miller fell in love. But the cheating scandal continued to haunt Law years later.

In the years that followed, headlines from his private life overshadowed almost all of his roles in films such as "Love doesn't need a holiday" (2006), "My Blueberry Nights" (2007)" or "1 Murder for 2" (2007). For the British was This was not an easy time, he later said. In a 2012 interview, he explained that he could not understand his image as a "womanizer”. "I have been in stable long-term relationships for most of my life and I am a faithful soul. That's why terms like 'womanizer' and 'sex symbol' don't really suit me. That just shows that people don't understand me at all," he lamented at the time.

Instead, he wanted to prove that he was a talented actor and wasn't basing his fame on his looks or connections. This was probably one of the reasons why he turned back to the theater stage in 2009 and appeared in London in Shakespeare's "Hamlet". His screen roles corresponded less and less to those of the charming handsome boy. So he proved as Dr. Watson alongside Robert Downey Jr. (57) in the "Sherlock Holmes" series (since 2009), as Alexei Karenin in "Anna Karenina" (2012) or as the rough Dom Hemingway in the film of the same name (2013). bandwidth.

The negative headlines about Law have also diminished over the years. The reason: In 2010 he received a call from Scotland Yard. Notes were found from a spy who had been spying on the actor for months and had information such as his credit card number and phone numbers of friends and family. The person had worked for the English gossip newspaper "News of the World". Law's court case against the newspaper's publisher in 2014 ended with a public apology, £130,000 in damages and the shocking discovery that the "mole" was a member of Law's family.

"I felt like the whole thing was about securing and regaining some privacy," Law later said of the trial in an interview with The Telegraph. "And for me, in terms of my own life, it definitely feels like the worst is over." Proof of this is Jude Law's life today. In 2019 he married business psychologist Phillipa Coan. A short time later, the first daughter was born - and without big headlines and media hype. The actor casually announced the birth while speaking to talk show host Jimmy Fallon, 48, in September 2020. For Law, it is the sixth child of four women.

As an actor, Jude Law no longer has to prove his talent at the age of 50. For years he has not been seen in the characters of beautiful seducers. Instead, he is dedicating himself to his current cinema roles as Albus Dumbledore in the "Fantastic Beasts" series or as Captain Hook in the upcoming Disney film "Peter Pan 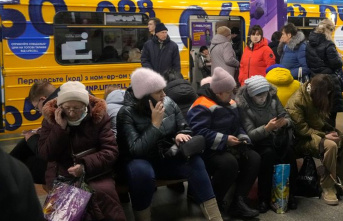