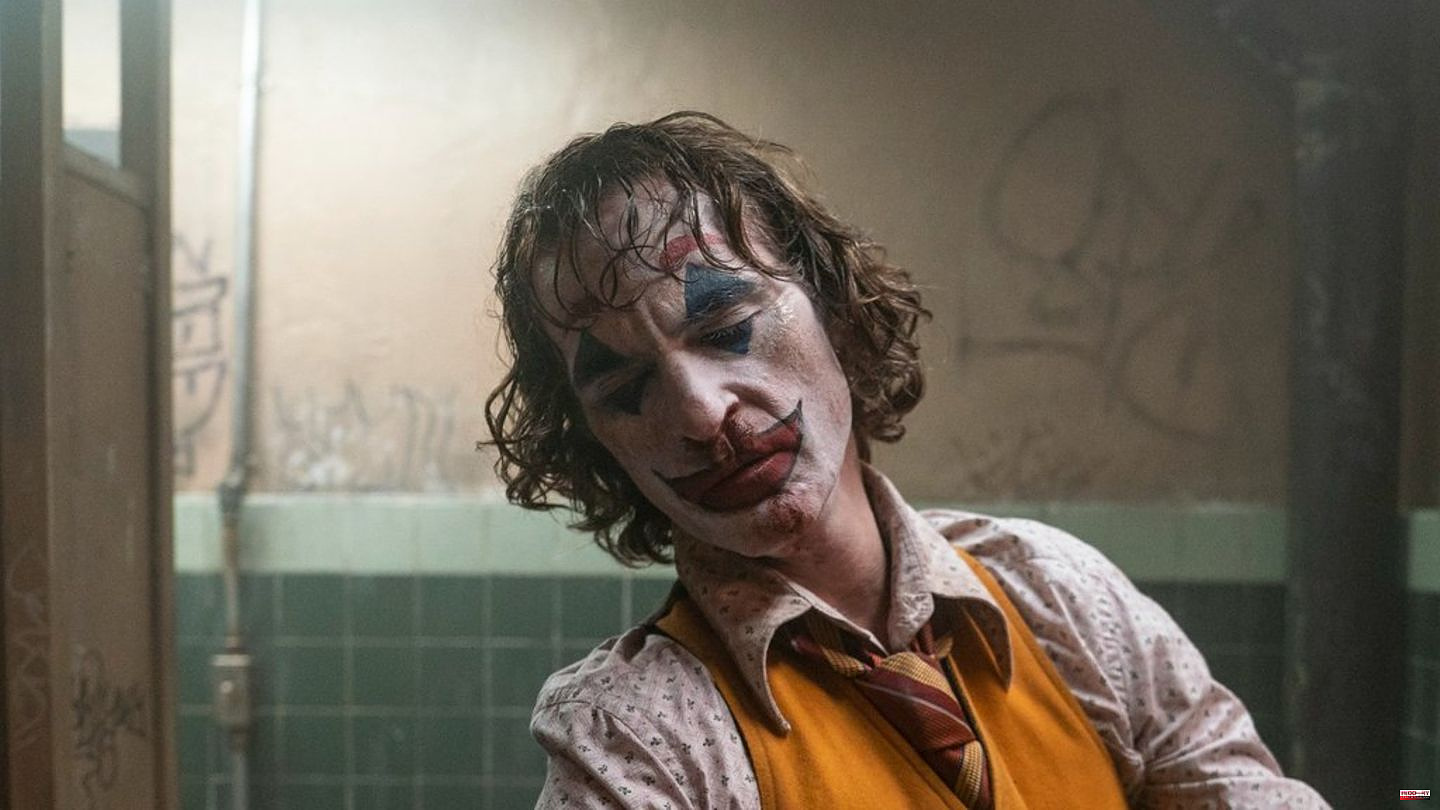 The "Joker", Batman's worst adversary, will terrorize German television audiences on December 30 as a free TV premiere (10:35 p.m., ProSieben). History repeats itself on and off the screen. Not because Todd Phillips' (52) immensely dark film is now the fourth version of the make-up comic nihilist. It's because the plot has been well known since "Taxi Diver" and the fundamental debate about the limits of entertainment that followed was already held in 1976. Is "Joker" a copy or a masterpiece? It is a knock-off and a masterpiece.

Nobody can accuse him of not at least trying. The highly depressed Arthur Fleck (Joaquin Phoenix, 48), ironically nicknamed "Happy" by his ailing mother, ekes out his existence as a living billboard and clown laughter. He would also like to do the latter voluntarily, on the big stage, as a stand-up comedian. "Don't you have to be funny for that?" His puzzled mother Penny (Frances Conroy, 69) immediately drives him into the parade when he reveals his career aspirations to her.

That's not the only reason Arthur is seething. The super rich, especially the unapproachable Waynes, don't give a damn about Gotham's rabble, to which he counts himself and his mother. "Is it just me, or is the world getting crazier out there?" he asks his therapist, who has just been closed due to cutbacks in stores. When he's bullied again one night by a group of yuppies, it's the final straw that breaks the camel's back for the maniacally laughing, crying clown - and ends in unbridled violence.

"Movies should not take lustful pleasure in shedding blood and dwelling on horrible atrocities as if one were in a Roman arena." This sentence did not come from a review of "Joker". This is how US writer Tennessee Williams scolded himself when he headed the jury at the Cannes Film Festival in 1976 and was shocked to see Martin Scorsese's "Taxi Diver" winning the Palme d'Or. Nowadays, the story about the socially isolated veteran (Robert De Niro) is generally considered a stroke of genius. Not despite, but because of their unpleasant character.

Of course Phillips is aware of the proximity to "Taxi Driver". His film even flirts with it by including that same De Niro in the cast - as a hypocritical, licked-up TV presenter, no longer as an Iroquois anarcho. In some reviews of the theatrical release, this overly clear reference was critically emphasized, as "Joker" offered nothing new. Four years later, that's still not true. Especially in relation to the so inflationary exploited "Batman" universe, the film about the nemesis of the "Dark Knight" achieves great things. After "Joker" there is a different look at Batman, at the Waynes. A view from below, from the Moloch, from where they suddenly don't seem so heroic anymore.

Little Bruce Wayne's fate is tragic, no question about it. But that's exactly the point the film makes: If it weren't a billionaire and his wife who are murdered in a filthy backyard alley, but people of the Arthur Fleck brand, their deaths wouldn't even make it into the newspaper, let alone on it page one.

Justified or not, but finally the viewer can understand a little bit why the Joker has such an unbridled hatred of hypocritical high society. Which inevitably also includes "Master Wayne", as Bruce is called by the devoted butler and later foster father Alfred. Of course, this goes hand in hand with a demystification of the villain who appeared out of nowhere in "The Dark Knight" (Heath Ledger) and lied with thieving joy about his traumatic past.

This inevitably leads to a thorny question that cuts right into reality: "Am I allowed to have sympathy for a man who goes berserk and does despicable things?" The clumsy answer to that is: "No, of course not." Contrary to other fears, that doesn't push "Joker" either. True, he shows how social influences and societal injustices can lead to a person becoming a monster. To accuse the film of glorifying the resulting consequences borders on cynicism. What would the counter-thesis to this be? That people are born evil?

Revenge thrillers like "John Wick" or "Taken" usually don't have to feel exposed to such uproar. Although it is the advertised hero who exercises vigilantism. Of course, an innocent person never dies in agony from the protagonist's hail of bullets. This revenge film is just and righteous, with no collateral damage. In "Joker", on the other hand, the violence is abrupt, it comes suddenly and doesn't sugarcoat anything.

Which brings us to the strongest point of the film - starring Joaquin Phoenix. Surrounded by colleagues and yet completely alone, the viewer gets to know his character Arthur. Tears smear the clown grimace he has just painted on his face. Then he pulls his lips up in a grin so wide it looks like he's peeling the skin off his skull. Why isn't it enough to look happy to be happy, he might be thinking at this moment.

Perhaps no actor other than Phoenix could have pulled off that emotional tightrope act. His joker is exhausting, plagued by various demons. He's pathetic, a whiny mama's boy and yes, pathetic too. At least until he discovers violence as his form of protest. But there is one thing he never does: cool.

In no situation in the film does he have control over what is happening, not even over his own body. He laughs uncontrollably on subways or buses, almost choking on his Tourette-like tic. Phoenix plays two characters at once, trapped in the same miserably emaciated body. With "Joker", the 48-year-old delivered a haunting and memorable psychogram that rightly resulted in an Oscar for best actor in 2019.

At times, however, director Phillips also overdoes it with all the things he rains down on his main character with a permanently made-up grin. Really all aspects of Arthur's life are devastating. In addition, every hidden facet of the later Batman nemesis is brightly illuminated - a residual mystery around the "Joker" would have been the better choice.

"Joker" is the origin story of perhaps the greatest villain in comic book history. And a character change is part of a good Origin story. Accusing Todd Phillips' film of glorifying violence because it doesn't portray the protagonist as consistently diabolical is a view of the film and the human psyche that doesn't even look at the bigger picture. In contrast to the main actor Joaquin Phoenix, the deadly serious film doesn't do everything right and compared to "Taxi Driver" it doesn't do everything new. Unlike some Marvel blockbusters, however, it sticks in your head long after the credits have rolled. If you want or not. 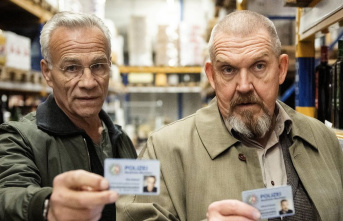