Ricardo Borrero is a Colombian archaeologist with an intense international career.

Ricardo Borrero is a Colombian archaeologist with an intense international career. He trained in Mexico and at the University A

-What do you think of the communication of the new prospecting in the wreck of the San José, with the president at the helm?

I believe that the most visible discussion that has taken place in this regard revolves around the political implications of the president coming out to speak about the matter very shortly before the end of his term and at a very difficult juncture, but I am not a political analyst, so that I prefer to refrain from giving an opinion on the matter.

I leave that to those who know and I take care of mine. The truth is that this government declared the galleon as an asset of cultural interest and suspended the APP process. Although I am not a supporter of the government, this has very favorable implications for the future of the wreck and definitely constitutes an advance with respect to the situation in which it was during the last government.

As the matter has been handled confidentially and I have not had access to the complete file of the photogrammetry that was done during the Santos government, beyond the publications that were made in the newspapers, it is impossible to determine if information from the which was not known in advance. However, I consider it very positive that equipment for deep-sea exploration such as the remotely operated vehicle (ROV) is being acquired and I welcome the ability to capture such high-quality images. I would also like there to be investment in strengthening this type of capacity and infrastructure in the civil sector and not only in the Navy. To give an example, in Spain, the CASC (Catalonia Underwater Archeology Center) has the Thetis ship and the University of Cádiz has the UCADIZ. This is not only happening in Europe. In Mexico, the UNAM (National Autonomous University of Mexico), has an oceanographic vessel in each ocean on which the country has coasts. That is to say that in Latin America it can also be done.

-How do you analyze the evident changes in the deposit, do you think they are of natural origin or can they indicate human interventions? Do you think they should explain it better?

I answered this same question last week in Noticias Caracol, precisely as a result of a publication in ABC. Certainly there are things that stand out, but the evidence is not enough to assert with certainty that there was indeed an intervention. I don't know if archaeometry could answer these questions, but if it were the case, it would be necessary to have physical access to the site and the pieces to carry out physical-chemical analyses. A few photographs are not enough.

Although due to the state of the pieces one could get the impression that they were subjected to some type of cleaning, it must be remembered that the site is located below the euphotic zone, which is the zone where light penetrates and, therefore, , there are photosynthetic organisms, such as algae. These are the lowest rung in the food chain and attract other living beings that colonize surfaces, including those that generate calcareous concretions such as barnacles or cirripedes and tubícolas. In the absence of light, the water is cold. Additionally there are anoxic conditions or with low amounts of oxygen. All these factors added together make the chances of life colonizing artifact surfaces very slim. In the absence of oxygen, concretions are not generated by oxidation and, in the particular case of the canyons, these are made of bronze and it is common to find them that way, even in shallow waters, because the material is toxic to surface colonizing organisms and is also a material in which only a greenish patina is generated by oxidation. Bronze does not have the type of concretions that we usually find in iron. In short, there are only a few fungi and bacteria left that can survive without light and with little oxygen as potential concreting agents. Although the comparison is not very successful, there are wrecks in the Baltic that, without being intervened, have similar characteristics. In addition, the conditions of sedimentation and scour vary from one site to another and the currents can cover and uncover objects in their different cycles.

In short, the only ones who can give an answer to this question with certainty are those who were there. A photograph, despite having a very high resolution, is not enough evidence to make a truly scientific judgment on the matter.

-The lack of archaeologists at the front has been criticized. Do you know if this is being corrected or do you think they should ask the Navy to correct it?

I do not know what the situation is, because I was not there and the matter has been handled with total confidentiality. I know that several members of the Navy have been training on the subject. Several were my students in the Submerged Cultural Heritage Specialization, which despite providing solid training, does not imply that they have become archaeologists. In order to make the judgments that I make, I studied at the University for 13 years and have as many other professional experience. If indeed the matter is being carried out without archaeologists, the situation would be very worrying indeed, but I very much doubt that this is the situation.

-Nothing is known about an archaeological management plan or the bases of a new project that may lead to sampling or future interventions. What do you have to say as an experienced archaeologist?

I cannot comment on it, because I was not there and the matter has been handled with total confidentiality. However, obviously the logical thing would be for there to be a management plan and for future projects to be formulated. At a minimum, it would be necessary to think about monitoring the sites and proposing strategies to mitigate their deterioration. If interventions are proposed, there must be an interdisciplinary team led by archaeologists, some questions and a very solid scientific theoretical-methodological framework. If they propose taking samples, Colombia must have conservators specialized in goods flooded with seawater, restorers and infrastructure to guarantee the survival of the pieces in the future. Science, the idea of ​​context, the notion of uniqueness and the criterion of heritage must prevail, which means that NO piece will end up in private hands. Finally, I believe that, since it is an initiative of national and international interest, a great effort should be made to publicize the matter widely and consider international cooperation and the participation of minorities linked to that history, such as Afro-descendant and indigenous peoples. If this is the case, I see no reason to refuse the initiative.

-Does political uncertainty make this a good time for these steps?

I am not a political analyst, so I prefer to refrain from answering this question.

- Do you think that Spanish colleagues or UNESCO should say something about all this?

If you are referring to the scientists, from what I have been able to talk to several Spanish colleagues, I have the impression that they are in tune with what many of us Colombian archaeologists think and would be very ready to participate in a collaborative project with the characteristics exposed above, which is, ultimately, what UNESCO promotes. In a globalized world, it is more convenient to think of the cultural heritage of humanity than of national heritage. Unfortunately, outside the academy, the subject has been diluted in nationalist passions and has been politicized.

-Is the San José an ideal wreck for an archaeological mission or would it be better to start with another?

It could be more convenient to invest the large resources that would be required for the excavation of the San José galleon in complementing the Colombian underwater archaeological map, which would allow us to know what we have, to prioritize what we must protect and what we must investigate. It might also be better to carry out projects in shallow waters, which are less complicated and less expensive. However, it would give the impression that this weight is in optimal conditions of preservation and is of particular historical interest. Colombians and the world do not have the same interest in other wrecks that have fallen into disgrace in our waters. The San José is part of the group of the last Iberian galleons that close the history of this multipurpose typology to give way to the division between ships of the line for war and merchant ships. This wreck and the associated collection are excellent sources on the history of science and technology, naval battles, maritime trade, colonial history, past social structures, daily life aboard the fleets of the Indies, among other topics. of interest. In that sense, giving an exhaustive answer to the question is complicated.

1 Madrid begins the procedures to protect the Aleixandre... 2 Patti Smith and the glory routine 3 An exhibition reveals the most mature look of Laxeiro... 4 Play the 'online escape room' created by... 5 The Government considers the crisis in Catalonia to... 6 Traveling by direct Alvia train from Castilla y León... 7 Government discards breakwaters that could save Albufereta... 8 This is how the Civil Guard caught the fugitive Miguel... 9 The Government does not confirm a meeting between... 10 Ecuador rejects Indigenous protesters' dialogue... 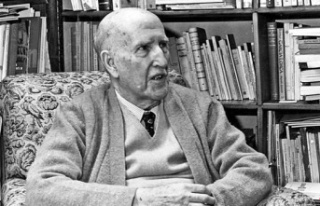 Madrid begins the procedures to protect the Aleixandre...