“The rudder has been going in that direction for a long time, but this year has been historic, because we have taken the final turn and the public has responded very well. 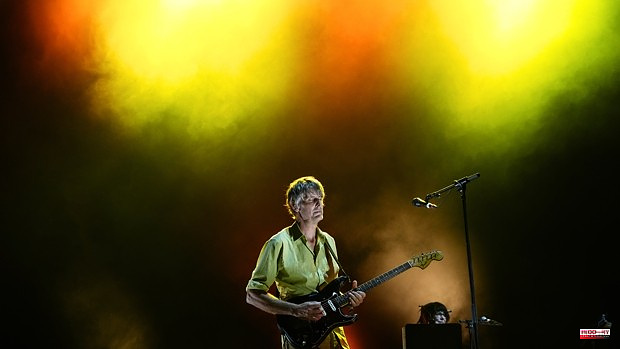 “The rudder has been going in that direction for a long time, but this year has been historic, because we have taken the final turn and the public has responded very well.” In 2019, before closing a frankly historic edition, the director of Primavera Sound, Gabi Ruiz, assessed with these words the almost Copernican turn that the festival had experienced in its most daring incarnation. That was, remember, the year of reggaeton and female power; of black music in 'prime time' and dancing at all hours. That was, in short, the year in which the Primavera Sound of the future began to dislodge the sound of the past, and the old indies began to feel like a protected species.

"Before all this was indie", which was celebrated by a few banners strategically placed around the venue.

Well, on Thursday, on the somewhat overwhelmed and chaotic opening day of Primavera Sound after, take a breath, a pandemic, two postponements and notable losses (and additions) on the lineup, the indie once again roamed freely through the Forum . There they were, for example, the silver gray hair of Stephen Malkmus and the jagged and reckless choruses of Pavement, heroes of the nineties and fountain of eternal youth of indie pop reconverted into an unsuspected mass phenomenon well into the night. I also have it. For is there anything more charmingly indie than Yo La Tengo, with its feedback binges, slip-ups ("we forgot to finish this song," Ira Kaplan said matter-of-factly), and the disheveled rush of old anthems like ' Tom Courtney'? Oh the indie. When he woke up, what would that say, the dinosaur was still there. Literally. Because there was J Mascis, a cap on his head and gray hair, mistreating his guitar and sticking to the microphone to once again sing 'Feel The Pain' and 'Freak Scene' on a packed stage.

The latter, actually, would do almost anything, because everything yesterday at Primavera Sound was packed. Post-pandemic euphoria, the desire to festival after two blank summers and the round date of the 20th anniversary came together and the result was floods of people, queues and a certain feeling of lack of control. The greater the capacity, you know, the more discomfort. And with a forecast of receiving some 80,000 people every day at the Forum site, the bars were one of the big stumbling blocks yesterday. Among the most repeated complaints, waiting for more than half an hour to get a drink, exasperating slowness and a more than evident lack of staff.

Maybe Mordor is now Rivendell, with all that artificial grass, the two twin stages and Tame Impala triumphing in a big way with his arsenal of lasers, festival psychedelic hits like 'Elephant' and 'Let It Happen' and those responsible for security sweating ink to organize the huge flow of spectators, but a little more foresight in the things of drinking would not have hurt. After all, what is a party, even more so a 20-year-old, without something to toast with? "We couldn't cope," acknowledged a waiter from the beach area before, after midnight, the situation improved slightly.

To compensate for queues and waiting, nothing better than Sharon Van Etten, a perfect example of how to get oil out of two fateful years. The singer from New Jersey, another one of those artists that Primavera Sound has seen grow, came to present the dark and painful 'We've Been Going About This All Wrong' and, in the live broadcast, she not only showed that she has grown a barbarity as an interpreter in these years, but also left moments of high intensity such as 'Come Back', 'Mistakes' or an overwhelming 'Seventeen'. At the other end of the venue and before an even more crowded stage, Charlie XCX dispatched hits and made it clear that, as much as the indie has reappeared to blow out candles, the sounds of today and tomorrow continue to ask for a batch. And, of course, also some Carolina Durante surprised to have stolen some of the public from the headliners and delighted to serve their spididic punk-pop with a couple of extra marches.

In this Primavera Sound of records there is also room for messages with second words, such as Tame Impala covering the Strokes, dropped last minute for today's day; or that mural with a version of the kiss between Brezhnev and Honecker starring Ada Colau and Isabel Díaz Ayuso and presiding over access to the main stages. A rather curious way of promoting the next edition of 2023, with venues in Barcelona and Madrid, just now that the festival management has once again complained that the Barcelona municipal government does not want Primavera Sound and sees it only as a nuisance.

1 Biden pressures Republicans in the face of the latest... 2 The socialist mayor of Venta de Baños asks for public... 3 The Boston Celtics defeat the Warriors 120-108 and... 4 Castilla y León practices last year two of the ten... 5 Madrid metro line 6 cut due to technical incident 6 Sacyl only covers 74 of the 314 resident doctor positions... 7 Mañueco: «The debt is the poverty that our children... 8 Board and Government criticize each other for their... 9 Turkey changes its name in all languages ​​and... 10 Marc Márquez, successfully operated on the arm 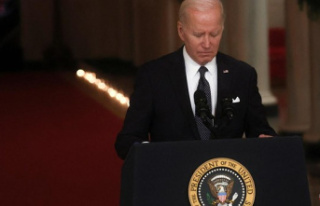 Biden pressures Republicans in the face of the latest...