In front of the Queen's coffin: A security guard collapsed

Last Wednesday (September 14) the remains of Queen Elizabeth II (1926-2022) were laid out in Westminster Hall after a funeral procession through London. 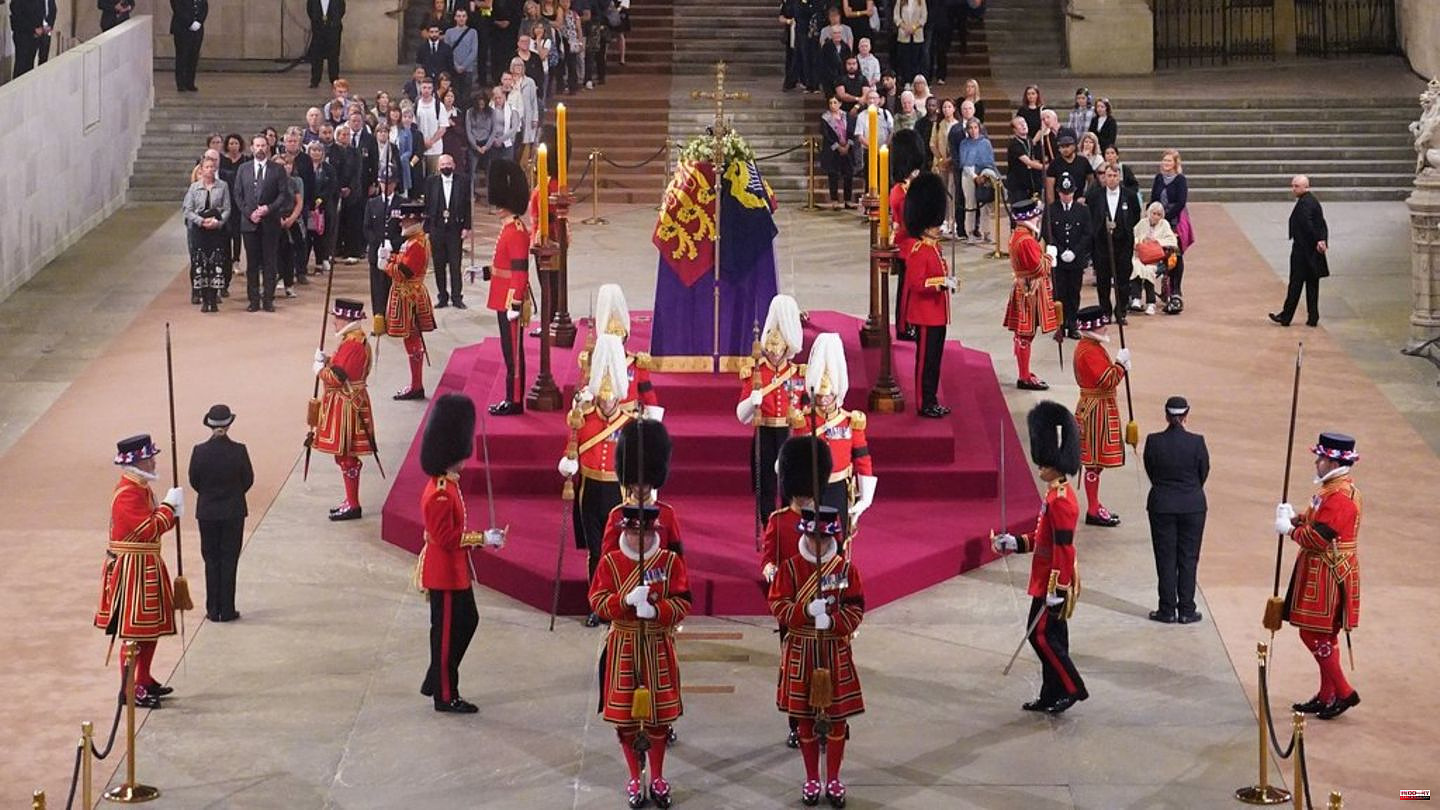 Last Wednesday (September 14) the remains of Queen Elizabeth II (1926-2022) were laid out in Westminster Hall after a funeral procession through London. A security guard collapsed in front of the coffin on Thursday night.

This could be seen in the BBC live stream, and a short time later clips of the incident were shared on social media. The security guard initially stumbled before falling over from the platform he was standing on. Several people rushed to his aid. The BBC then switched to exterior shots. Nothing was initially known about possible injuries to the security guard, as reported by the “Telegraph” among other things.

Mourners can say goodbye to their Queen in Westminster Hall until Monday (September 19). The doors are open 24 hours a day and will close at 6:30am UK time on September 19, the day of her funeral.

However, visitors must be prepared for a long wait. Experts from "The Times" estimate that the queues could stretch up to five miles and that 20 hours of queuing should be planned. 750,000 people are therefore expected. In around four and a half days, visitors can walk close to the Queen's closed coffin and pay their last respects. The body of the deceased queen is guarded by units of her bodyguard.

1 Traffic: More and more cars in Germany 2 Relaxation: massage device and pedicure in one: these... 3 Beginning of autumn: picking, cleaning, planting:... 4 Handicraft fun: intelligent play dough: you should... 5 Meeting in Uzbekistan: China and Russia seek new world... 6 204th day of the war: Von der Leyen arrived in Kyiv... 7 Society: Confidence in Germany clouded over by the... 8 Hardware: X570 motherboards: Five motherboards of... 9 The Success of Fake News 10 No Bayern return? AS Monaco would like to keep Nübel... 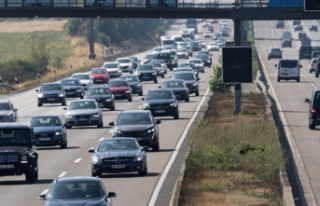