All Spanish cinema has united against the new audiovisual law, considering that it is the "death sentence" for the sector, but Miquel Iceta considers that these criticisms are exaggerated. 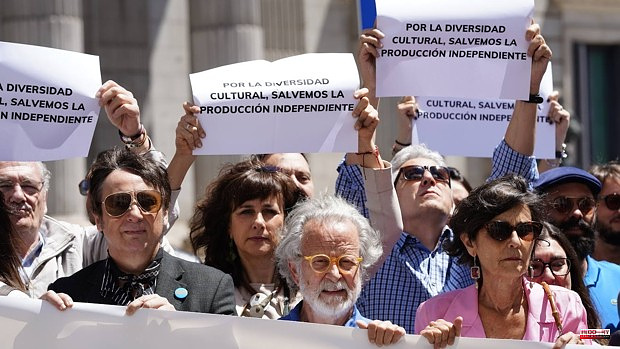 All Spanish cinema has united against the new audiovisual law, considering that it is the "death sentence" for the sector, but Miquel Iceta considers that these criticisms are exaggerated. "The defense of legitimate interests is sometimes exaggerated," he said this Wednesday at the control session held in the Congress of Deputies. According to the Minister of Culture, independent production "has never had more resources and more aid than with this Government, and they will continue to grow."

Iceta has pronounced this way in response to a question from the deputy Mertxe Aizpurua, from Bildu, who has put on the table the demands of independent cinema: that the change introduced at the last minute by the PSOE, with the approval of the PP, changes the definition of independent producer and will allow companies linked to large companies and platforms, such as Atresmedia or Netflix, to access the financing quota reserved for small groups.

"The sector speaks of barbarism, of cultural desert and they are not without reason," said Aizpurua: "You cannot claim that this law is such a good law, that they will be grateful for it, when the entire sector has spoken out against it. And it cannot pretend that perhaps new modifications or new changes will serve to soften the disaster that it supposes for independent production. Nor can you expect the sector to swallow this unfair, incomprehensible sabotage, because it leaves them with no room for maneuver against the large groups.

Iceta, in his speech, argued that the audiovisual law that Congress sent to the Senate a few days ago for final approval "makes distributors' profits go from 0.9 to 3.5 percent for independent production", ignoring precisely that percentage is what the independent sector will have to share with companies linked to large companies. “And this is unfair competition. This affects one of the most endangered sectors of the audiovisual industry”, argued Aizpurua.

The Minister of Culture, on the other hand, has shown a triumphalist speech: «We can now announce that there will be more resources next year and the following than there have already been, which are the historical maximum. Independent production is not in danger as long as it maintains the levels of quality and excellence that it is demonstrating. Iceta has resorted to the figures offered by the Ministry of Economy, which has processed the audiovisual law: "While the obligations of audiovisual service providers were 70 million euros dedicated to production, they will go to 250."

In addition, he has ensured that general production aid has grown by 66% percent since 2018, going from 30 to 50 million euros, and that selective aid that protects independent creation has gone from 8 to 16 million. According to the head of Culture, 9 million euros have also been allocated to promote creative developments and 45 million euros will support the internationalization of the audiovisual sector. Iceta has promised that the support fund for audiovisual production will "increase significantly" in the next General State Budgets.

None of these figures seem to satisfy the sector, because minutes after Iceta pronounced himself in these terms in Congress, the associations that promoted a manifesto very critical of the law have announced that tomorrow they will gather in front of the Ministry of Economic Affairs to "save independent production. AECINE, DIBOOS, MAPA, PIAF, PROA and PROFILM will attend the event, which will be held at 12 noon, with the support of other entities in the sector. They insist that the audiovisual law "seriously endangers the survival of a key sector in the cultural heritage" of Spain.

1 More than 6,000 Illescas students participate in the... 2 Madrid will have another five centers to apply advanced... 3 IU-Podemos asks about the need to build 18,000 homes... 4 Two new positives raise the cases of monkeypox in... 5 Ronaldo concludes his 'pilgrimage' for the... 6 The CaixaResearch Institute will be the first center... 7 Mañueco, to the ham sector: «They criticize it for... 8 Johnson assures that "nothing, and no one"... 9 Taliban detain Afghan fashion model on religious charges... 10 Venezuelan leader arrives in Turkey, where he is barred... 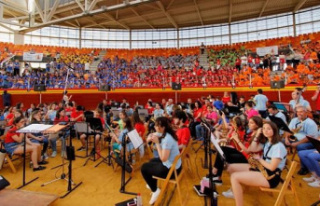 More than 6,000 Illescas students participate in the...