The doors of Westminster Hall were closed at 7. 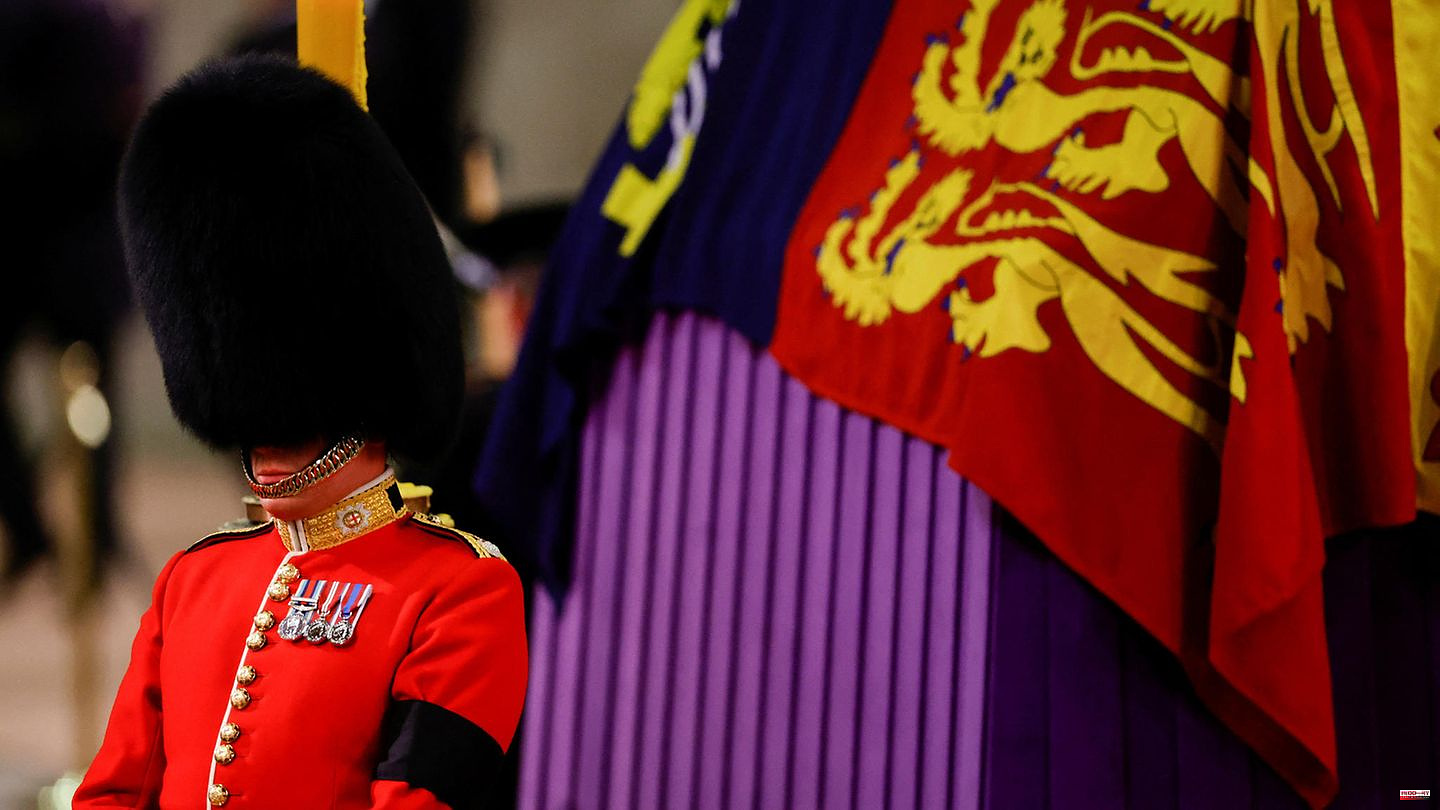 The doors of Westminster Hall were closed at 7.30am on Monday morning. This ended the four-day display of the coffin in Parliament, during which the public had the opportunity to say goodbye to Queen Elizabeth II. Tens of thousands have used it. Some of them had to queue for more than 20 hours in a line up to eight kilometers long through central London (stern reported).

Here you can find out what the rest of the day looks like (all times in Central European Summer Time):

11:44 a.m.: The coffin is carried in procession from Parliament to nearby Westminster Abbey on a carriage drawn by 98 marines - a carriage designed for cannons. King Charles III and his siblings Princess Anne, Prince Andrew and Prince Edward follow the coffin on foot. Behind them are heir apparent Prince William , Prince Harry and other royals and members of the royal household.

11:52 a.m.: The coffin arrives at Westminster Abbey and is carried into the church by the pallbearers.

12:00 p.m.: The service begins with the participation of hundreds of heads of state and government, royal royalty and dignitaries. A total of 2000 people are invited to the funeral mass, including US President Joe Biden, Federal President Frank-Walter Steinmeier, French President Emmanuel Macron and Japanese Emperor Naruhito. The service will be led by the Dean of Westminster, David Hoyle. The sermon will be given by the Archbishop of Canterbury, Justin Welby.

The dress code is gala uniform or cutaway for the men, black dresses for the women - these are probably the dominant items of clothing.

12:55 p.m.: The "Last Post" horn sounds in the church. This is followed by a two-minute silence across the country.

1:00 p.m.: The national anthem is sung. The coffin is then carried out of the church and taken by procession to Wellington Arch. Again, the royals accompany the queen on foot. The route leads from Parliament via Whitehall and the Horse Guards Parade parade ground to The Mall and past Buckingham Palace and Green Park. Again, the royals follow the coffin on foot. King consort Camilla, Princess Kate, Duchess Meghan and Countess Sophie, Prince Edward's wife, are driving in the car.

Deputations from the armed forces of Great Britain and other Commonwealth countries also take part in the procession. Big Ben bangs throughout the procession and a gun salute is fired in Hyde Park. Many thousands of people are expected along the route to pay their last respects to the monarch.

For the gigantic act of state, the police, secret services and anti-terrorist units in Great Britain are coordinating one of the largest security operations that the capital has ever experienced. The effort will be greater than at the 2012 Olympic Games, when 10,000 officers were on duty every day, according to the police.

2:00 p.m.: The coffin arrives at Wellington Arch. There he is transferred to a hearse for transport to Windsor. The soldiers say goodbye to the Queen with a military salute and the national anthem. The Royal Family then makes their way to Windsor. The route would normally be covered in less than an hour, but the hearse will move slowly. Here, too, thousands of people are expected along the street who want to pay their respects to the Queen.

4.10pm: On entering Windsor, the hearse slows and joins another procession moving down the Long Walk, a long avenue, towards Windsor Castle.

4.40 p.m .: In the inner courtyard of the castle, the royals also join the funeral procession, which then leads to the St. George's Chapel.

5 p.m.: The funeral service begins in St. George's Chapel. In addition to the Royal Family, the members of the royal household and the heads of government of the countries whose head of state was Elizabeth II, as well as the governors-general who represented them there, take part. The service will be led by the Dean of Windsor, David Conner. Before the last song, the crown, scepter and orb are removed from the coffin and placed on the altar. Then the coffin is lowered into the royal tomb. The national anthem ends the service.

8.30 p.m .: The Queen is buried at a private funeral in the King George VI side chapel within the church alongside her husband Prince Philip, who died last year.

Even after turbulent days, King Charles and heir to the throne William in particular will hardly find peace. After all, it's about them getting used to their new roles. Unlike the rest of the country, where everyday life starts again on Tuesday, the royal family is still in mourning: Charles had set the traditional "mourning period" until seven days after the state funeral. So it ends on September 26th. Then the dates for the next important dates should also be considered: William's investiture as Prince of Wales - and the day of the official coronation of Charles III. 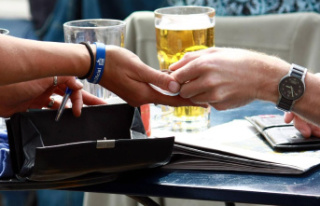