How much does it cost to eat at RavioXO, Dabiz Muñoz's new restaurant in Madrid

How much does it cost to eat at RavioXO is one of the most repeated questions since Dabiz Muñoz opened his new restaurant in Madrid at the Corte Inglés de Castellana. 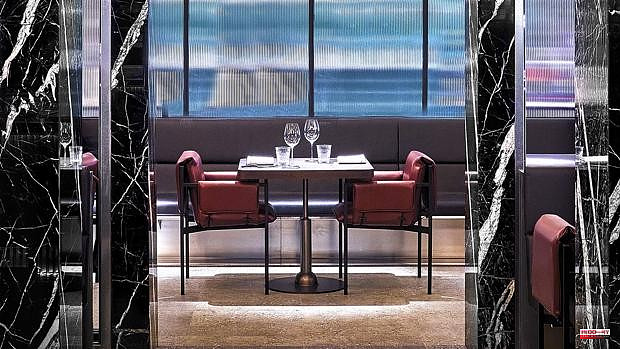 How much does it cost to eat at RavioXO is one of the most repeated questions since Dabiz Muñoz opened his new restaurant in Madrid at the Corte Inglés de Castellana. The space, as highlighted by Carlos Maribona, Gastronomy critic for ABC, has been the most important opening of the year in the capital –and even an adventure in the coming years–.

The chef from Madrid has designed a menu in which pasta, of very different formats and origins, is the common thread. It is not, although the space may invite you to think otherwise, a 'dumpling bar'. Oriental dumplings are present, although they are not the only mold to concentrate Muñoz's boundless creativity. In fact, the chef predicted before his opening that RavioXO would surpass the parent company DiverXO in that chapter.

Not so in the prices, past controversies apart on the price of the menu in this last space. In the brand new RavioXO there is no tasting menu –for the moment, although everything indicates that in the future there could be an 'omakase dumpling'–. Yes, a menu with dishes ranging from 16 euros to 50 euros. The lowest price on the menu corresponds to an appetizer: 'Fried donut and shrimp bread' with aguamole sauce, sweet and sour tangerine sauce and passion fruit (4.5 euros).

In it there are versions of historical dishes such as 'The rabbit and the carrot' –the first DiverXO dish– which is priced at 18 euros. It is a rabbit pepitoria, yellow pepper, five Chinese spices and carrot textures. Also that of 'Eggs fried with blood sausage', from the stage in which he got his first Michelin star –also for 18 euros–. There is a nod to his second star with the 'Steamed trumpet muffin with cream' –18 euros–. And finally, the 'Cooked Hong Kong Madriz' from when it reached the highest rating in the red guide –18 euros, too–.

The average price per diner, according to the ABC critic, is around 100 euros. They include some of the cocktails that are invited to accompany the dishes. From a 'thousand-year-old Andalusian Negroni' –Oloroso-aged gin, with Campari, sherry vermouth, P.X., Calamundín and dried chilies (14 euros)– to 'Without umami there is no paradise' –with tequila, pandan, turmeric , coconut and coriander–, passing through a 'Bombon de liquor and truffle' –truffled cognac, Cynar, Punt e Mes, amaro and chocolate (16 years)–.

RavioXO also has a wine list that includes national references per bottle from 24 euros –14 in three-eighths format of a famous aged manzanilla–. It also has a discreet selection of wines by the glass from 4 euros.

1 «In the US there is more respect for the ham cutter... 2 The most gourmet options to celebrate Hamburger Day 3 Ten places in Madrid to celebrate celiac day without... 4 Le Domaine Blanco de Guarda 2020: for many more decades 5 Country of Beers Festival: crafts, options without... 6 Ten gastronomy books to devour page by page 7 The best mixologist in Spain is called Konstantinos... 8 Spain seeks the best cocktail shaker in the World... 9 Albert Adrià reopens Enigma without a tasting menu... 10 Manu Buffara, the Brazilian chef who wants to change... 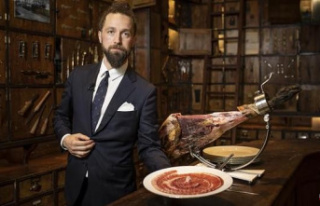 «In the US there is more respect for the ham cutter...