A meeting between top chefs. 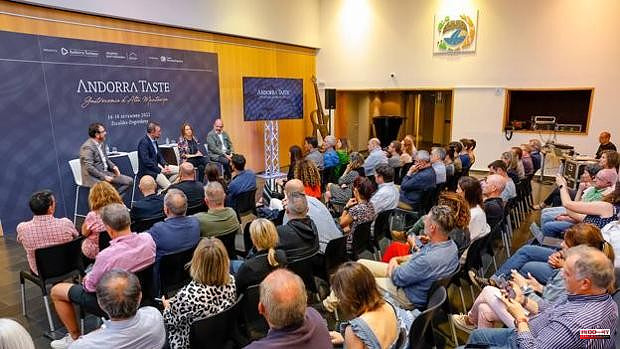 A meeting between top chefs. Literal. High mountain gastronomy will be the protagonist of the Andorra Taste meeting that will take place in the Principality of the Pyrenees from September 14 to 18. International chefs such as Rodolfo Guzmán, Samuel Ortega, Aníbal Criollo or Ana Ros and Spanish chefs accustomed to cooking mountainous landscapes -such as Francis Paniego, Nacho Manzano, Óscar García or Fina Puigdevall among others- will participate in a professional event that aims to address the role of high mountain territories as gastronomic ecosystems that generate wealth.

This is the first culinary meeting that focuses on the mountain as an example of values ​​such as authenticity, sustainability, the territory and local products, which are predominant in haute cuisine today.

The idea comes from Vocento Gastronomia, Grup GSR and Andorra Turisme, which intend to make the most mountainous country in Europe a reference in this high-altitude cuisine, turning it into a venue for talks, guided tours, activities for children and even a food fair for five days with regional products.

In addition to helping chefs from around the world learn about the value of Andorran gastronomy, the event will also address its culinary relations with France and Spain. In fact, this first edition of Andorra Taste will also serve to pay tribute to the naturalist legacy of the legendary French chef Michel Bras, who will travel to Andorra to collect an award for his career. Bras created a school by making dishes using native herbs, picked just hours before, lightening creams and sauces from his recipes or advocating a rigorous seasonality that today is the dominant discourse.

There is also in the program of talks a clear look at what is happening on the other side of the Atlantic, in the Andes mountain range. From there come the Colombian Aníbal Criollo, who has created in Nariño, at an altitude of 2,500 meters, a hotel, restaurant and farm complex named Naturalia. From there he fights to preserve traditional crops and the biodiversity of the Colombian mountains. Also the Ecuadorian Samuel Ortega, the son of emigrants raised in Spain and trained in El Celler de Can Roca, who upon returning to his country of origin founded the Shamuiko restaurant, in the Andean region of Loja. Or the Chilean Rodolfo Guzmán, trained in Mugaritz, who practices one of the most advanced kitchens in Latin America in his Boragó restaurant.

The couple formed by the Danish gastronomic writer and stylist Mette Helbæk and the chef Flemming Schiøtt Hansen will also pass through Andorra, who in 2016 gave up their life in Copenhagen to settle in a remote plot of the Swedish forest where they cook with ingredients collected a few meters from over there. His project Stedsans in the Woods is conceived as "a laboratory to discover new ways of eating, living and connecting with nature". Another of the big names on the bill is the Slovenian Ana Ros, who has made the Hisa Franco restaurant one of the great gastronomic references on the continent.

Together with them there will be a wide representation of Andorran and Spanish chefs, some of them with a restaurant in the Principality. Names like Francis Paniego, who together with Jordi Grau runs the only restaurant with a Michelin star in Andorra (Ibaya, at the Sports Hotel Hermitage

1 Òmnium's lawsuit admitted for espionage with... 2 The Plaza Mayor, another 'NATO zone': the... 3 Cristóbal Bargueño de la Plaza, first permanent... 4 The Saxem Festival begins the cultural summer at the... 5 These are the cheapest hours of electricity this Tuesday 6 Agrarian organizations support the anti-crisis decree... 7 Petete Rubio received the Laurel Award in the Supporting... 8 The Board will make a census of the victims of terrorism... 9 Fleeting meeting between Sánchez and Aragonès in... 10 'Erató Fest' celebrates its fifth anniversary... 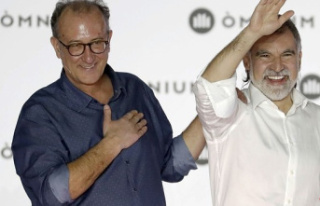 Òmnium's lawsuit admitted for espionage with...