Gunman who killed agent on Amtrak train in Arizona ID’d

TUCSON (Ariz.) - Officials identified Darrion Taylor as the passenger who was fatally shot by a federal agent in an Amtrak train in Arizona. 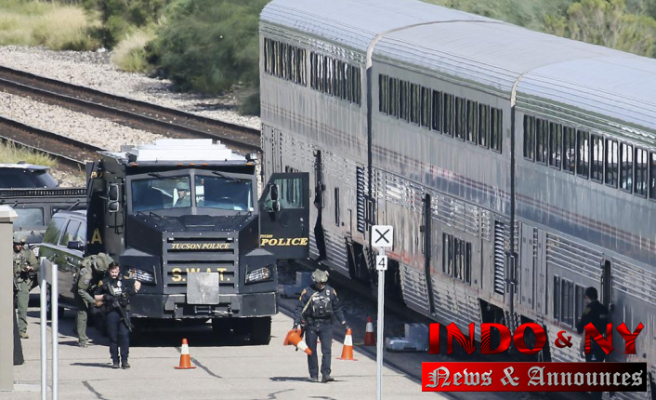 TUCSON (Ariz.) - Officials identified Darrion Taylor as the passenger who was fatally shot by a federal agent in an Amtrak train in Arizona.

Pima County Medical Examiner's Office, Tucson stated in a press release that Taylor was shot in the torso as well as the limbs.

According to Dr. Gregory Hess, the wounds were not self inflicted. An autopsy with more detail will be done next month.

On Monday morning, a regional task force made up Drug Enforcement Administration agents and local officers inspected contraband baggage at the train station in downtown Tucson.

They were showcasing the Sunset Limited, Train 2. According to Amtrak officials, it was scheduled to stop in Tucson shortly after departing Los Angeles for New Orleans.

Amtrak tips led authorities to believe they were authorized to search Taylor's baggage and that of Devonte Okeith Matthews, another passenger. An officer discovered two large packages of marijuana on the platform. Michael Garbo (a DEA supervisor) and another agent entered a train car to speak to Taylor.

According to authorities, Taylor opened fire killing Garbo while injuring another agent. Another Tucson police officer was also wounded and caught in the gunfire.

Both the agent and officer are still in hospital. They have not been identified.

According to Tucson police, Taylor barricaded himself inside a bathroom after he was shot by several officers responding to his call. Later, he was found dead in his bathroom.

Mathis was also arrested for knowingly and purposefully possessing less than 50 kg (110 pounds) of a substance or mixture containing marijuana.

Victoria Brambl (federal public defender) listed as Mathis' attorney did not immediately respond to a voicemail seeking comment on Thursday.

A public burial for Garbo who joined the DEA in 2006 is planned for Friday, Tucson. 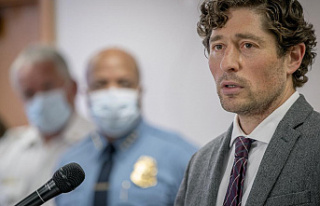