Google News returns to Spain this Wednesday, June 22, so that Spanish publications will once again be included in the search engine, after almost eight years of absence as a result of the old Intellectual Property Law, which contemplated an inalienable right to financial compensation for news publishers by news aggregators indexing their content. 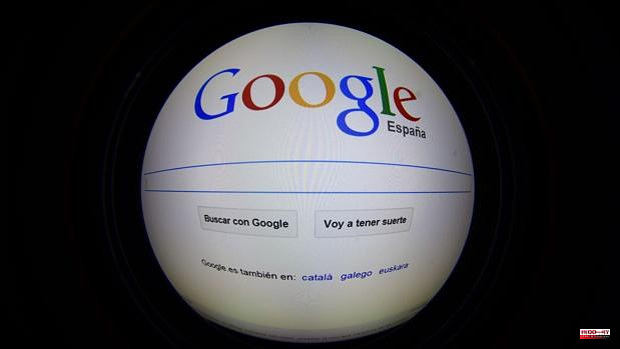 Google News returns to Spain this Wednesday, June 22, so that Spanish publications will once again be included in the search engine, after almost eight years of absence as a result of the old Intellectual Property Law, which contemplated an inalienable right to financial compensation for news publishers by news aggregators indexing their content.

This was announced this Wednesday in a statement by the general director of Google for Spain and Portugal, Fuencisla Clemares, who highlighted that the return of the service coincides with the 20th global anniversary of Google News, and "thanks to a Copyright Law that allows Spanish media, large and small, to make their own decisions about how their content can be discovered and monetized.

Google News Spain closed at dawn on Tuesday, December 16, 2014 and Spanish publications were no longer included in the search engine, due to the Intellectual Property Law, which contemplated an inalienable right to economic compensation for news editors by the news aggregators that index their contents. Spain thus became the first country in the world in which this service was closed.

However, in November 2021, Google confirmed the reopening of its service in Spain, a decision adopted as a result of the new Royal Decree approved by the Spanish Government, which transposes the European Directive on Copyright. The technology company's decision came after the transposition of European copyright regulations, which allows each publisher and rights holder to manage them, either individually through direct negotiation with digital content aggregators, or through an entity collective management on a voluntary basis, not mandatory.

In a publication on the Official Blog of Google Spain, collected by Europa Press, Fuencisla Clemares has now explained that, through a website and a specific application, soon available on Android and iOS, Google News "helps readers find news from credible sources, from the world's largest news websites to small, local, specialist publications."

"And by identifying and organizing links to stories from a wide range of news sources -- a key tool in the fight against disinformation -- we're helping readers more easily discover the big picture of what's happening around the world. your surroundings. That includes finding more local stories from their communities, understanding the breaking news topics of the day nationally and globally, and seeing which stories have been verified by independent organizations."

In this sense, Fuencisla Clemares has pointed out that making it easier for readers to find the news they are looking for "not only benefits readers, but also helps editors." Thus, she has stressed that Google News directs readers to publishers' websites when they click on links, "which helps direct traffic to their content, where they can show ads and encourage readers to subscribe" .

“Research showed that news consumption in Spain fell when we had to close Google News in 2014, and this led to a 10% reduction in traffic to Spanish publishers' websites, with the biggest impact on smaller publishers. », has argued the Google directive.

On the other hand, and apart from reopening Google News in Spain, it has announced that they intend to work with publishers in search of agreements, to put Google News Showcase into service in the country “as soon as possible”.

Google News Showcase, as he has commented, is a program of licensed products, which "brings a new experience and pays publishers to generate specially curated content, destined for Google News and Discover panels of stories". Similarly, he has reported that he will continue to invest in products, programs and funding through the Google News Initiative (GNI) program.

On the occasion of the 20th anniversary of Google News, applications for the Global News Equity Fund have officially opened. Independent journalists and small and medium-sized news organizations that produce original news for minority and underrepresented audiences can apply until July 21 for funding to support and expand their news operations.

“We trust that the return of Google News to Spain will help many more people find the news they are looking for, from diverse and reliable sources of all sizes, inside and outside Spain, and provide even more support for journalists and editors who work tirelessly to tell us the latest news", he concluded.

1 Chaos at the Marc Anthony concert in Madrid 2 Raúl Enrique Asencio Navarro wins the 21st International... 3 'Lost objects', a journey through South... 4 Album Reviews of the Week: Holy Land, Merzbow 5 The passionate love story between Chopin and George... 6 Rocío Márquez and Bronquio: «In flamenco there... 7 The Pilgrim Fair returns in style 8 The ninth CaixaForum in Spain is now a reality: Valencia... 9 The premiere of 'Lightyear', between controversies... 10 'Las supplicantes', a story of dignity that... 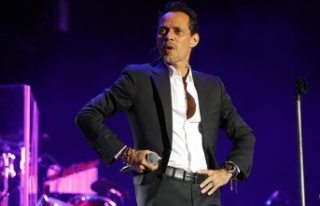 Chaos at the Marc Anthony concert in Madrid