From John Miles to Los Suaves: the opening act for the Rolling Stones in Spain since 1976

The Rolling Stones are back in Spain with the concert that they will give this Wednesday at the Wanda Metropolitano. 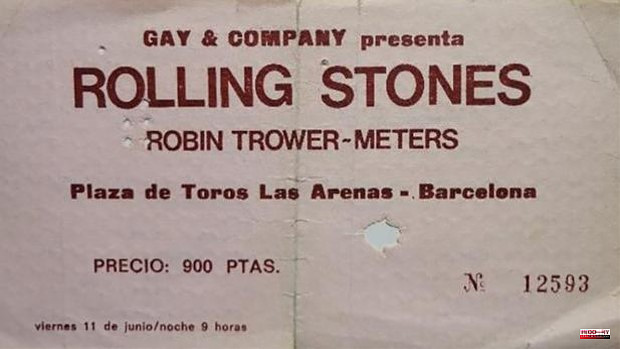 The Rolling Stones are back in Spain with the concert that they will give this Wednesday at the Wanda Metropolitano. Although it is usual for Mick Jagger's band and company to include our country on their tours in recent years, it was not always like that. In the first fifteen years of the group's life they passed by the peninsula and, in 2006, they canceled the appointment they had planned at the José Zorrilla Stadium in Valladolid. However, tonight will be his eighth performance in Madrid, to which must be added another six in Barcelona and one in each of the following cities: Gijón, Málaga, Vigo, Santiago, Bilbao, Benidorm, Zaragoza, San Sebastián and El Ejido.

On this last occasion, Sidonie and the Vargas Blues Band, along with Jagger's nephew, John Byron Jagger, will be accompanying 'Sus majesties satanica'.

"Being the opening act for a part of the history of the culture of the 20th century, we are going to touch the sky for a moment," the former have declared in a recent interview. But, in the 46 years that have passed since they first visited Spain, who have been some of the bands and artists that have had the honor of opening for Jagger, Keith Richard, Ronnie Wood and the recently deceased Charlie Watts?

Initially, the artists chosen to support the Rolling Stones in their first concert in Spain, at the Monumental Bullring in Barcelona on June 11, 1976, were Robin Trower and The Meters. These seconds were chosen directly by Jagger to accompany them throughout the tour of Europe and the United States, after being impressed after seeing them live. The first, however, became indisposed at the last minute and was replaced by singer-songwriter John Miles.

The J. Geils Band can be considered almost a survivor of the mythical concert they gave together with the Rolling, at the Vicente Calderón stadium, on July 7, 1982, at the time an impressive storm was falling on Madrid. The American rock band, formed in 1968 in Worcester, began its performance an hour late due to problems with access to the venue due to the rain. , increasing the desire of those present to see their Majesties. With several periods of rest and 14 albums behind them, the group is still active.

The Stones performed before 45,000 people at the El Molinón stadium in Gijón, with all the tickets sold, as it could not be otherwise if we take into account that it was the only concert of that tour in Spain on the occasion of the presentation of 'Voodoo Lounge ', of which they came to sell two million copies in the United States alone. The audience must have sweated a lot, if we take into account that The Black Crowes, the group from the United States with multiple influences from the blues and rock of the 60s and 70s and the blues, were the privileged ones to open the night. And above all, because Jagger and company were on stage for no less than three hours.

The legendary Galician hard rock band also opened for Los Ramones in La Coruña back in 1981, but it was at Monte do Gozo in Santiago de Compostela, on June 15, 1999, where they fulfilled their dream of accompanying the Rolling. That performance was part of the Xacobeo '99 celebrations and brought together 30,000 followers. It was the only date of the British in our country during the tour that year.

In the 21st century, the Rolling Stones increased the frequency of their visits to Spain, always incorporating opening act. On some occasions they were brought in from abroad, as was the case on his two visits in 2003 and 2006, with the Americans The Dandy Warhols and their fellow Pretenders, respectively. A year after the visit of the group led by Chrissie Hynde, they once again chose a Spanish artist. In this case it was Loquillo, whose guitarist, Sabino Méndez, described the experience on ABC in this way: «We played with them in Barcelona, ​​at the Vicente Calderón and at the El Ejido football stadium, in Almería. The circus that revolved around the Stones consisted of a multi-story stage and two teams that alternately overlapped to reach all the dates of the tour. In Madrid, they also shared a poster with the Australian band Jet.

The Rolling Stones only offered a single concert in Spain that year, at the Santiago Bernabéu Stadium in Madrid, on June 25, 2014, as part of their '14 On Fire Tour'. With all the tickets sold out from the first day (the sale barely lasted twelve hours and the price multiplied on resale), the announcement of the opening act days later surprised many: Leiva. The followers of the British band harshly criticized the choice, because a few years before becoming his opening act, Pereza's ex had said that the Stones should separate. “They should have done it many years ago. I will have many detractors saying this, but hey, Mick Jagger looks like a fitness teacher, someone very young on stage, and that's fine, "were his words.

It was the Rolling Stones themselves who revealed the name of their opening act in Barcelona during their 'No Filter Tour': Los Zigarros, the Valencian band led by Ovidi and Álvaro Tormo. The concert took place at the Olympic Stadium on September 27. «We were able to meet them, yes, but for this we had to run like condemned when finishing our bolus. They had their set twenty minutes from the Olympic Stadium. But it was worth it. Having Mick Jagger in front of you, in person, is like seeing a frozen mammoth in a museum. What those eyes will have seen, ”said the second.

1 This will be the Rolling Stones concert at the Wanda... 2 Juan Mayorga, Princess of Asturias Award for Letters... 3 The executive who changed fashion by making potato... 4 These are the 81 towns in Castilla y León where you... 5 Barcelona soccer coach arrested for alleged abuse... 6 Festival de les Arts 2022 in Valencia: schedules,... 7 CCOO values ​​that 51% of university students... 8 Vox, Cs and PP take to the Council of Statutory Guarantees... 9 More than 185,000 counterfeit stationery products... 10 The number of Mossos agents who report sexual abuse... 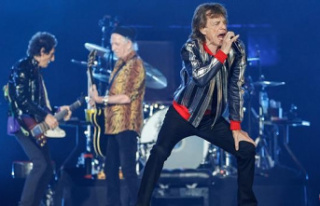 This will be the Rolling Stones concert at the Wanda...