Eleven years have passed since Tricicle (Joan Gracia, Paco Mir and Carles Sans) put on 'Forever Young', a play by Eric Gedeon that they fell in love with when they saw it during a day off in Oslo, where they were performing. 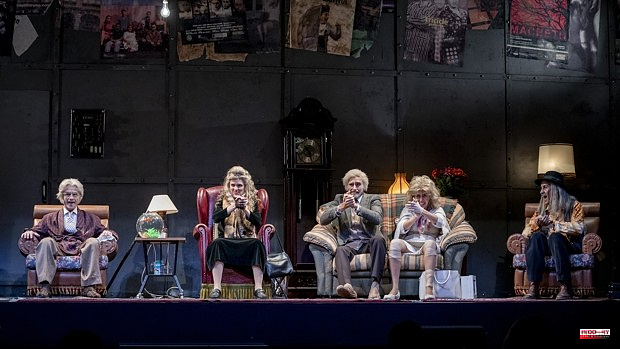 Eleven years have passed since Tricicle (Joan Gracia, Paco Mir and Carles Sans) put on 'Forever Young', a play by Eric Gedeon that they fell in love with when they saw it during a day off in Oslo, where they were performing. In those eleven years, the silent Catalan trio has not only left the stage after more than forty years of activity, but has also aged a decade -like everyone else-. «We are ten years older and we see it closer; one more pot of tenderness is added to the show”, says Mir.

'Forever Young' -the borrowed title of the Alphaville song- tells the story of five elderly artists who live together in a residence and "who cannot resign themselves to simply being old".

It is a work, explains Sans, that invites you to put yourself on stage from time to time.

And that is what Tricicle has done. After its premiere in March in Barcelona, ​​the show now arrives at the Cofidis Alcázar theater in Madrid, with a cast made up of ﻿Marc Pujol, Lucía Torres, Llorenç González, Irene Jódar, Rai Borrell, Mercè Martínez and Marc García Rami .

The seven interpreters are not seven elders, but young people interpreting elders. "It's like this because the energy and the voices that the characters require are those of a young performer," say Mir and Sans, who add that they have tried not to incur parody for no reason, and for this they have done intense body work, gesture and text.

A nurse, who is also an aeronautical engineer, takes care of the elderly, protagonists on the stage of an evening theater where they remember their successes of yesteryear. They are a radical anti-system, arsonist and rapper, a car wrecker with La Fura dels Baus, an indignant woman who won the Eurovision Song Contest in 2035 -the work is set in the indefinite future-, a musician who participated in the 34 tours of farewell to Miguel Ríos; a squat, graffiti artist and Shakespeare specialist; and a taxidermist who was the author of the Barça 2024 anthem. «There is the indignant, the super tender, the conciliatory, the hippy, the bohemian and the seducer; they are all differentiated, but the patina of old age unites them all».

The formula is easy: humor and emotion -"there is a lot of laughter and a few tears in the audience", says Mir-, to which is added the music: "a phenomenon is produced that did not occur ten years ago -he continues-, and it is that the public sings; softly, but seven hundred people singing softly can be heard very well».

And it is that 'Forever Young' is a musical; It is not a musical to use, "because the characters do not say things while singing," explains Mir, but it is a work in which there is a lot of music and in which the actors "have to sing very well" (they also all play an instrument) . The soundtrack includes such iconic songs as 'Roxanne', 'Stayin' alive', 'I get you babe', 'Sweet dreams', 'I will survive', 'My generation, 'Respect, 'Satisfaction, 'Blowing in the wind, 'Hotel California, 'Let it be, 'Imagine', 'Forever young' -naturally-, and several Spanish ones like 'La chica de Ayer', 'Tell me you love me' or 'Paraules de amor'. There are a total of a dozen musical numbers plus a medley that includes phrases from up to fifty songs.

'Forever Young', says Carles Sans, «is a hymn to life the closer you are to death. The message of the work is clear, adds Paco Mir: "life is four days and they should not be wasted".

«Ladies, gentlemen... this world is full of people of all kinds - says the final monologue of 'Forever Young': Black and white... Rich and poor... Good and bad... And although, in many aspects, we are all different, we all have something in common: despite ourselves, we age. And the truth, and I say this from my own experience, getting older is not exactly the bomb. So when someone tells you that there is an afterlife... Don't pay any fucking attention to them. The afterlife is here. It is this, it is our day to day. The afterlife is this, 'life', a film without rehearsals shot in a single sequence shot from which we can only make one take. So don't waste it, live it fully, take advantage of every moment as if it were unique and, above all, don't let any bullshit make your life bitter.

1 Deshaun Watson is the NFL's clock ticking louder... 2 Kim Pegula, Bills co-owner, is undergoing treatment... 3 Ryan Ramczyk is "feeling pretty confident"... 4 Spanish women and photography between the 50s and... 5 Entrepreneurs hope that the sale of tickets for the... 6 14 years in prison for the 'legal father'... 7 London remembers 72 Grenfell victims 8 The 'Night Serenade' will sound this Friday... 9 Scholarships of 500 euros per month to oppose the... 10 The PSOE and the PP reject the deletion of the term... 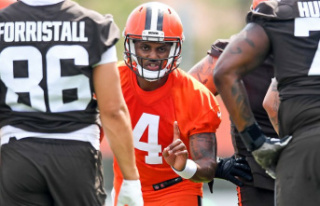