The earthquake caused by the "temporary" separation (or at least that's how they sell it) of the South Korean boy band BTS begins to have worrying aftershocks in the K-Pop industry. 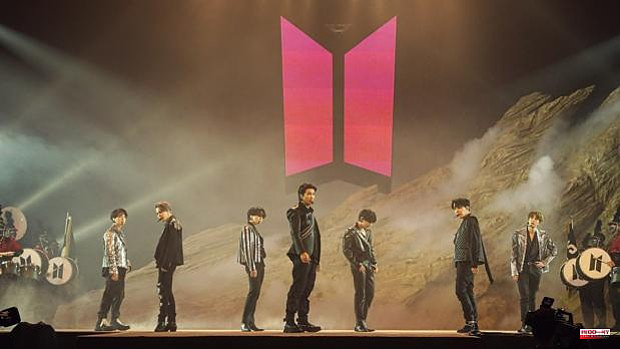 The earthquake caused by the "temporary" separation (or at least that's how they sell it) of the South Korean boy band BTS begins to have worrying aftershocks in the K-Pop industry. Shortly after the news was known, the shares of Big Hit Entertainment, the group's representative agency, sank on the Seoul stock market with a drop of 27%, aggravating a crisis that had already been dragging on since the beginning of the year. So far in 2022, the company's stock market value has fallen by 60% and is approaching its lowest price since its IPO in October 2020.

This situation has set off alarm bells in the Asian country's music industry, to the point that the president of the Korea Singers Association, Lee Ja Yeon, has implored BTS not to break up: "The decision to publish this statement It has not been easy”, begins the statement issued this Tuesday.

"Please, would you reconsider the decision to go on hiatus, for the future of the South Korean music industry?" Lee Ja Yeon assures that “if BTS disappears, the missionaries of Hallyu and Korean culture, ARMY, will also disappear. South Korea's tourism industry will suffer and it will be difficult to look forward to a future for South Korea as a center of culture in Asia."

Ja Yeon also wanted to point out that military service, compulsory in Korea, is a major obstacle in the careers of artists and calls for differential treatment for them. “The special laws assigned to the sports and music and classical arts industries for compulsory military service should be extended to popular culture as well. The need for attention and action regarding this existing problem is pressing. The South Korean government and national authorities and assembly must pay attention to this matter so that the rise of Hallyu can continue to spread and BTS can continue to actively promote themselves as a group. A review of existing military service laws is needed."

The appeal from the Korea Singers Association is striking for two reasons. The first is that it admits a situation of imminent danger for an entire industry that seemed all-powerful, and the second is that it shies away from self-criticism in a scandalous way. The world of K Pop is based on a system of exploitation of very young artists, who end up burning out in a very short time and even worse, since there are many cases of depression and suicide due to the exaggerated level of professional demand. Artists of the genre submit to Stakhanovist schedules of musical, aesthetic and marketing work, and even those who are still aspiring stars have to go through real ordeals in the 'preparation schools' for singers, where they face grueling dance training in which fainting is not uncommon.

Earlier this month, shortly after the release of BTS's anthology album 'Proof', Big Hit Music announced that the group would be "starting a new chapter focusing on individual promotions for the time being, which will provide the members with BTS's growth opportunities as artists and will also serve as a vital element in the longevity of BTS."

But the singers have assured that one of the reasons for their separation is that they are literally exhausted and hardly have a personal life: «We are exhausted. At this time, we have lost our direction, and we just want to take some time to think, "they assured in their last public appearance, where they announced their separation. But that doesn't seem to matter to an industry that, faced with this clear sign of exhaustion, only asks to keep turning the wheel of business.

"I am overcome by my fear and concern for the 'BTS Hallyu Wave', a movement that has the greatest cultural power that the world has ever witnessed, and that will soon disappear," says the president of the Korea Singers Association. "In the years before this movement was born, it was thought that finding the 'next Beatles' would be a very difficult achievement, and now, we've reached a point where it's hard to expect the 'next BTS' to show up at some point." close moment in time. Therefore, there is great concern that Hallyu's heartbeat will cease."

The comparison with the Beatles is not gratuitous, since BTS is one of the few groups that have achieved the same milestone achieved by those from Liverpool in the sixties: publishing four albums that have been number one in the United States in less than two years. . The septet is the first South Korean group to top the US Billboard singles chart, an achievement they achieved with their first song sung entirely in English, 'Dynamite'. The group also recently performed at the Grammys, headlined a Las Vegas residency and visited the White House to speak about rising anti-Asian sentiment in the United States.

1 Google News returns to Spain eight years later due... 2 Chaos at the Marc Anthony concert in Madrid 3 Raúl Enrique Asencio Navarro wins the 21st International... 4 'Lost objects', a journey through South... 5 Album Reviews of the Week: Holy Land, Merzbow 6 The passionate love story between Chopin and George... 7 Rocío Márquez and Bronquio: «In flamenco there... 8 The Pilgrim Fair returns in style 9 The ninth CaixaForum in Spain is now a reality: Valencia... 10 The premiere of 'Lightyear', between controversies... 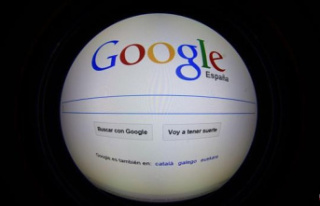