Evening of Year 2 of Ibai Llanos: guide to everything you need to know about the event

Spain is preparing for one of the great events of the year, apart from the NATO summit. 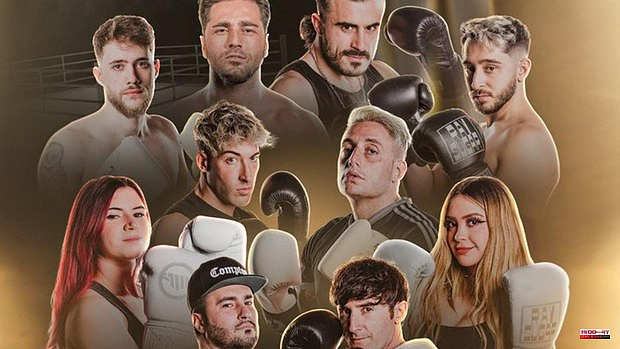 Spain is preparing for one of the great events of the year, apart from the NATO summit. The Evening of Year 2, organized by Ibai Llanos, promises to gather hundreds of spectators in the Olympic Pavilion of Badalona, ​​and thousands more on Twitch, the channel that has elevated Llanos.

Because a good part of the success of the Basque streamer lies in that, in generating expectation. Last year the first edition of this boxing event was held. And it exceeded all expectations. While a large part of Spain watched Villarreal become champions of the Europa League against Manchester United, and many others watched Rocío Carrasco's documentary, the Evening of the Year attracted more than one and a half million viewers in its golden minute and over six million views.

In it, fans were able to enjoy the fights of Torete against Future, ReventXz against Elmillor or Mister Jagger fighting against Viruzz. The night did not disappoint at all and shortly after finishing there was already talk of when the next edition would be. Said and done.

It will be on Saturday, June 25, when the Evening of Year 2 will take place. If on the occasion of 2021 three fights were a delight for the spectators, in 2022 you can enjoy five. One of them, the star, will be the one who faces Mister Jagger, one who repeats, against, an unexpected one, David Bustamante. In principle, Jagger's rival was going to be the actor Jaime Lorente, although it has been a contractual clause of a series that was going to shoot in the summer that has prevented him from making an appearance at the Badalona Olympic Pavilion.

Bustamante's landing has been quite a surprise, also one of the main attractions. Extraordinary as it may seem, the artist has taken combat very seriously. Since his participation in the competition was announced, the artist has followed a very strict diet and has trained more than ever, twice a day, which has made him lose more than 15 kilos in a month. A preparation worthy of a professional boxer, since Bustamante will have five rounds ahead to show that he is not just for fun.

The rest of the fights of the Evening of Year 2, which will be four, will have three rounds:

The Bustamante vs. Jagger will be the icing on a night that will not only see boxing. There will also be live music performances. A gala that could well be worthy of a night in Hollywood, since it will even have a red carpet, which will start at 5:30 p.m. Among the singers who will sound the contest will be Rels B, Nicki Nicole and Duki, among many others.

1 What time is Ibai Llanos' Year 2 Evening and... 2 Unusual discovery in Pompeii: a turtle with its egg 3 The cultural bonus collides with empty Spain 4 A Goya painting does not find a buyer at an auction... 5 A video shows dozens of immigrants piled up by Moroccan... 6 Vox denounces in the Cortes that they have entered... 7 The vice president of the Generalitat Valenciana de... 8 These are the cheapest hours of electricity this Saturday,... 9 The EU will present a common emergency plan in July... 10 Borrás and Franceschi from Menorca lead the Spanish... 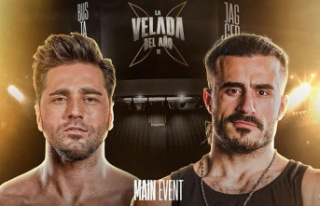 What time is Ibai Llanos' Year 2 Evening and...