Don Juan and Segismundo, axes of the season of the National Classical Theater Company

The myth of Don Juan and 'Life is a dream', the masterpiece of Calderón de la Barca, are the two main axes of the 2022/23 season of the National Classical Theater Company, which yesterday revealed its director, Lluís Homar, at the Comedy Theatre. 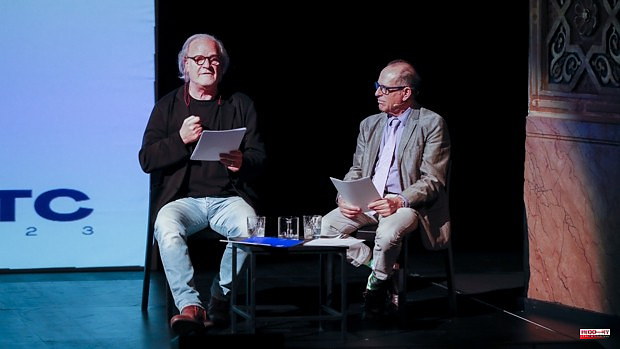 The myth of Don Juan and 'Life is a dream', the masterpiece of Calderón de la Barca, are the two main axes of the 2022/23 season of the National Classical Theater Company, which yesterday revealed its director, Lluís Homar, at the Comedy Theatre.

'The classic is life' is the motto of the CNTC for the next course, during which thirteen productions will be presented; of them, four will premiere far from their headquarters at the Comedy Theater.

As a prologue to the season, the Amagro Festival will remember the creator and first director of the CNTC, Adolfo Marsillach, whose death was twenty years ago in January.

'Adolfo Marsillach soy yo' is the title of the show that will premiere in Almagro on June 30, in which Dani Espasa, Nuria Espert, María Hinojosa, Carlos Hipólito, Lluís Homar, Carlos Hipólito, Natalia Huarte, Blanca Marsillach and Adriana Ozores they perform various texts by the actor, director and playwright.

The season will open at the Comedy Theater with a new CNTC production, 'El burlador de Sevilla', a work attributed to Tirso de Molina, which will premiere first at the Grec Festival in Barcelona (July 3 and 4) and at the Almagro Festival (July 9 and 10). It will arrive in Madrid on September 30, directed by Xavier Albertí.

It will be the first of the productions that will revolve around the myth of Don Juan: 'El lugar y el mito', a text written and directed by Paola de Diego (from October 6 to November 13); 'Valor, agravio y mujer', by the Golden Age playwright Ana Caro de Mallén, with a version by Juana Escabias and directed by Beatriz Argüello (from April 13 to June 4, 2023) and 'Macho screams', a monologue written , performed and directed by Alberto San Juan (May 4 to 14, 2023).

One of the most attractive a priori events of the CNTC season will be the staging of 'Life is a Dream', by Calderón de la Barca, directed by Declan Donnellan; the British director -with his inseparable Nick Ormerod- will direct for the first time an entirely Spanish cast, which includes Ernesto Arias, Prince Ezeanyim, David Luque, Rebeca Matellán, Manu Moya, Alfredo Noval, Goizalde Núñez, Antonio Prieto and Irene Serrano. (from December 15, 2022 to February 26, 2023).

Three other productions also revolve around this capital text of Spanish theater: 'Segismundos', a play written and directed by Antonio Álamo (from January 19 to 29, 2023); 'Of having been born', a work by the choreographers María Muñoz and Pep Ramis (Malpelo) (from February 9 to 19, 2023); and 'Life is a dream [el auto sacramental]', directed by Carlos Tuñón (from May 25 to June 4, 2023).

In addition, the CNTC season at the Comedy Theater includes two other shows: 'We said yesterday, we say today', a selection of texts by Fray Luis de León performed, directed and performed by Emilio Gutiérrez Caba (February 6, 2023 ); and 'The journey of the fierce monster', a work by Rafael Álvarez 'El brujo' (from March 9 to 26, 2023).

The CNTC underlines its 'national' status with three premieres outside its 'Madrid walls': 'Four savages dressed in green ivy', a show by José Padilla included in the pedagogical project, and which will premiere in February 2023 in high schools Secondary Education; 'La discreet in love', by Lope de Vega, in which Lluís Homar will direct the sixth class of the Young National Classical Theater Company (it will premiere on April 27, 2023 at the Soho Caixabank Theater in Málaga), and 'La life is a game', a 'snack party' directed by Juan Berzal, which will see the light, still in a place to be determined, in the spring of 2023.

Three exhibitions -'Calderón and painting', at the Prado Museum: and 'Adolfo Marsillach' and 'The place of the myth', at the Comedy Theater- and a round table entitled Who wrote 'The Trickster of Seville' ? complete the season schedule.

1 The auction of Velintonia unleashes the war between... 2 They rescue from the Valdecañas reservoir a singular... 3 Manuel Agujetas: the Bukowski of flamenco singing 4 The Government declares Nativity Scenes as a Representative... 5 The new Latino Museum in the United States reduces... 6 Sónar starts rolling in search of lost time (and... 7 Azkena and Sonorama, two great anniversaries between... 8 The PP asks for explanations for the participation... 9 The emotional video in which Manuel Carrasco dedicates... 10 "Spain has to rebalance the balance in North... 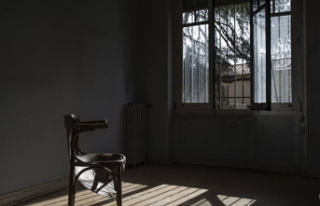 The auction of Velintonia unleashes the war between...