This man is truly a phenomenon. 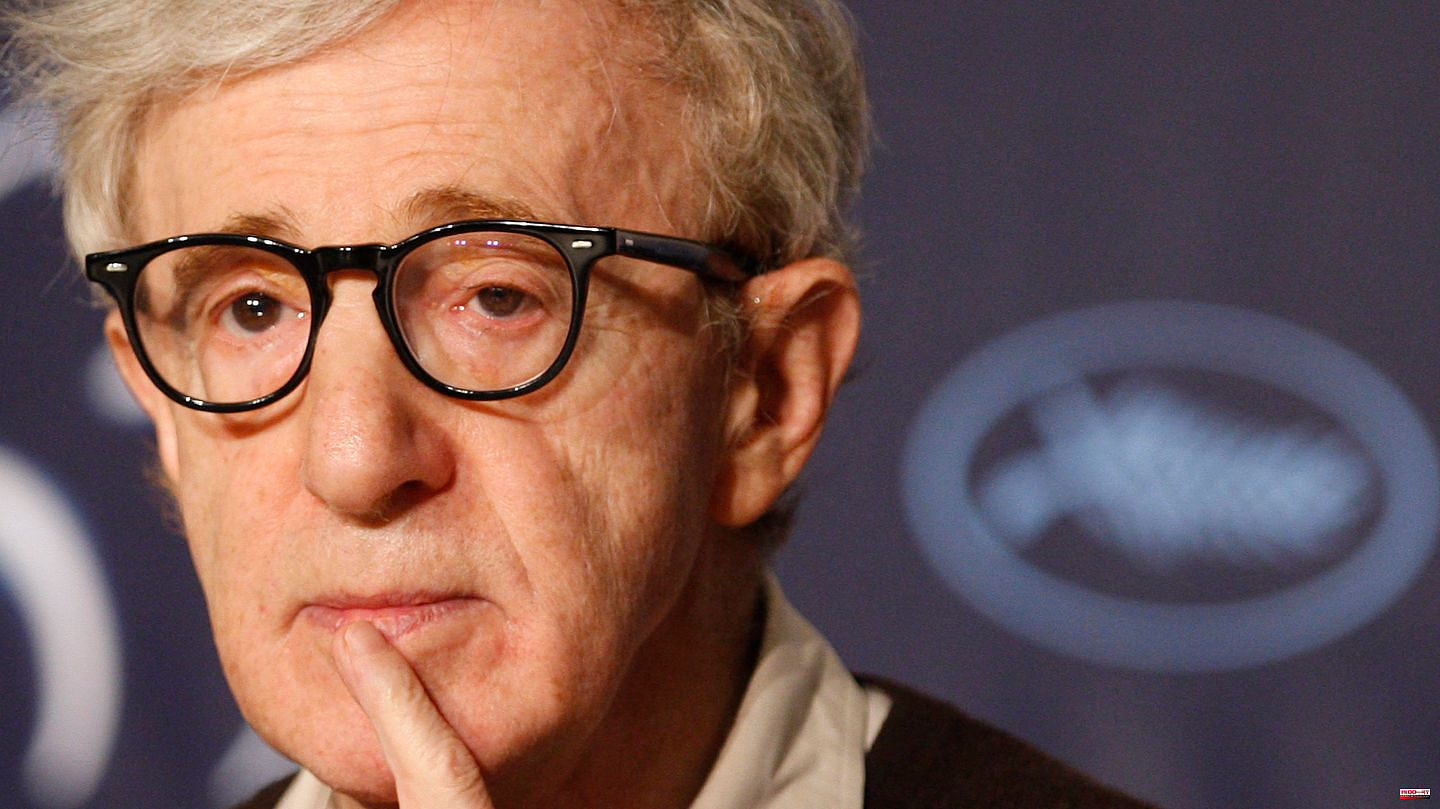 This man is truly a phenomenon. Despite turning 87 on December 1st, Woody Allen is not thinking of retiring. He is currently planning his next film. It's supposed to be his last - but even then there can be no talk of retirement. Allen already has plans for the time after.

The future filmmaker was born Allen Stewart Konigsberg in Brooklyn, New York, the son of a Jewish diamond cutter. Although not orthodox themselves, the parents sent their son to a Hebrew school. As a teenager he made good money as a gag writer and adopted the stage name Woody Allen at the tender age of 16. He soon rose from delivering jokes to screenwriter, for example for the "Ed Sullivan Show". After successfully writing the screenplay for the 1965 film "What's New, Pussy?" wrote, Allen directed a film for the first time in 1969. "Woody the Unlucky Raven" was the first mockumentary in film history, a film that comes across as a real documentary but is purely fictional and parodies the genre.

Allen achieved cult status with the episodic film Everything You Always Wanted to Know About Sex But Were Afraid to Ask in 1972. It is the satirical film adaptation of a sex education book that was famous at the time, but it also makes fun of the entire enlightenment mania of the 1970s. The strong influence of Sigmund Freud on Woody Allen's work, which is still formative today, is also evident here for the first time. On the advice of his dean, Allen had already consulted a psychoanalyst during his student days - a visit with consequences for film history.

His early films were often a series of gags that bordered on the silly. These include "Bananas" (1971), "The Sleeper" (1973), but also "The Last Night of Boris Grushenko" from 1975, which takes place during Napoleon's Russian campaign. But this is where a new tone comes into play for the first time: Although this film is also a piece of clothing, it also contains some profound thoughts about life and death. Appropriately, the film is also titled "Love and Death" in English. He is considered a bridge to his later, more serious films. Woody Allen is clearly trying to escape the growing image of being the eternal clown à la Charlie Chaplin.

These efforts soon bore fruit: "The City Neurotic" (original title: "Annie Hall") was an artistic triumph in 1977 and brought Woody Allen two Oscars in the categories Best Director and Best Original Screenplay: At the age of 42, Woody Allen had reached his peak. The film broke new ground in terms of content and form. The director and author created a genre all of his own - the Woody Allen film. The focus of these autobiographical films is a middle-aged Jewish man living in New York who is intellectually over-the-top and highly neurotic. Of course, the artist stayed away from the award ceremony in distant Hollywood - the passionate clarinettist stayed in New York at home and played with his jazz band.

In 1979, Woody Allen continued the success of "The City Neurotic" with his film "Manhattan". Here, too, the focus is once again on a Jewish intellectual who has a complicated relationship and otherwise struggles with life. The parallels between the main character Isaac Davis and Woody Allen are obvious: Like Davis, Allen has been divorced twice at this point - and also has a weakness for young girls. In 1954, Allen had married Harlene Rosen, then a 16-year-old philosophy student; the marriage was divorced in 1959.

From 1966 to 1969 he was married to actress Louise Lasser, who later starred in three of his films. He then dated Diane Keaton for a while, who starred in a total of eight of his films between 1971 and 1993, including "Manhattan." She received the Oscar for Best Actress for her role in "The City Neurotic". "Manhattan" is the second part of the so-called New York trilogy, which ends with "Stardust Memories" in 1980.

Woody Allen had been in a relationship with actress Mia Farrow since 1980. She starred in numerous of his films between 1982 and 1992. Also in "Hannah and her sisters", his biggest triumph of the 80s. Woody Allen received his third Oscar in the category Best Original Screenplay in 1987 for his film about the tangled relationships of a New York artist family.

By 1992, Woody Allen and Mia Farrow were together. Together, the couple had two adopted children, Dylan and Moses, and a son, Satchel Farrow. From her marriage to pianist and conductor André Previn, Farrow brought adopted daughter Soon-Yi Previn into the marriage. She was the reason for the trigger for the dramatic separation: In 1992, Farrow discovered nude photos of the then 22-year-old Soon-Yi Previn that Woody Allen took. Allen then admitted to having an affair with her adopted daughter.

Woody Allen's affair with his partner's adopted daughter became a scandal in the USA, and Allen was at times considered persona non grata. The court called Allen's behavior toward the children "abusive and callous." As a result, in 1996, the director shot outside of his hometown of New York for the first time in 21 years. The musical film "Everyone says: I love you" plays Venice and Paris, among other places.

Even if he couldn't pay high fees, he got the most sought-after actors of his time for all his films. It has long been considered an honor to work for Woody Allen. Julia Roberts, Goldie Hawn and Drew Barrymore played here. Two years later he was able to win Leonardo DiCaprio, Charlize Theron, Melanie Griffith, Winona Ryder and Kenneth Branagh for his film "Celebrity". So his reputation as an artist hadn't been scratched at that point.

That should change over time: In the course of the

Privately, however, Allen seems to have found happiness: In December 1997, Woody Allen and Soon-Yi Previn married, the couple adopted two children, Bechet and Manzie, named after the jazz musicians Sidney Bechet and Manzie Johnson. The family lives in a posh townhouse on Manhattan's Upper East Side.

Artistically, there is no sign of the filmmaker slacking off in his late work. After shooting two classic New York films, "Anything Else" and "Melinda and Melinda" in 2003 and 2004, he dared a furious new start in the old world in 2005: Woody Allen reinvented himself with "Match Point". Inspired by his new muse, Scarlett Johansson, he made a dark thriller that won over critics and audiences alike. Other London films followed, including Scoop, Cassandra's Dream and I See the Man of Your Dreams.

Even in old age, Allen did not slow down in his work pace and shot an average of one film per year. And again and again masterpieces jumped out. These include the humorous time travel comedy "Midnight in Paris" with Owen Wilson, for which Allen received his fourth Oscar in 2012. His film drama "Blue Jasmine" also received an award at the Academy Awards. Cate Blanchett won the Academy Award for Best Actress for her portrayal of a woman who falls dramatically from high society lady to homeless.

That's exactly why actors love working with him: Allen helps them win prizes and trophies. Despite allegations of abuse from his adopted daughter Dylan Farrow, the director is still able to attract high-profile stars to work with him. The cast of "A Rainy Day in New York" included Timothée Chalamet, Elle Fanning, Selena Gomez, Jude Law and Rebecca Hall, to name a few. Oscar winners Christoph Waltz and Gina Gershon took part in his 2020 film "Rifkin's Festival".

One more film is expected to come, and that's it. Allen is currently preparing his final work, which will be given the working title Wasp 22. "My next film will be number 50, I think it's a good time to stop," the director told Spanish newspaper La Vanguardia. Even after that, the fans will not have to do without the New York artist entirely: Woody Allen wants to switch to writing novels. 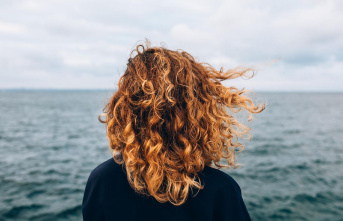