Dallas Star Larry Hagman: How Much of J.R. Ewing Was In Him? 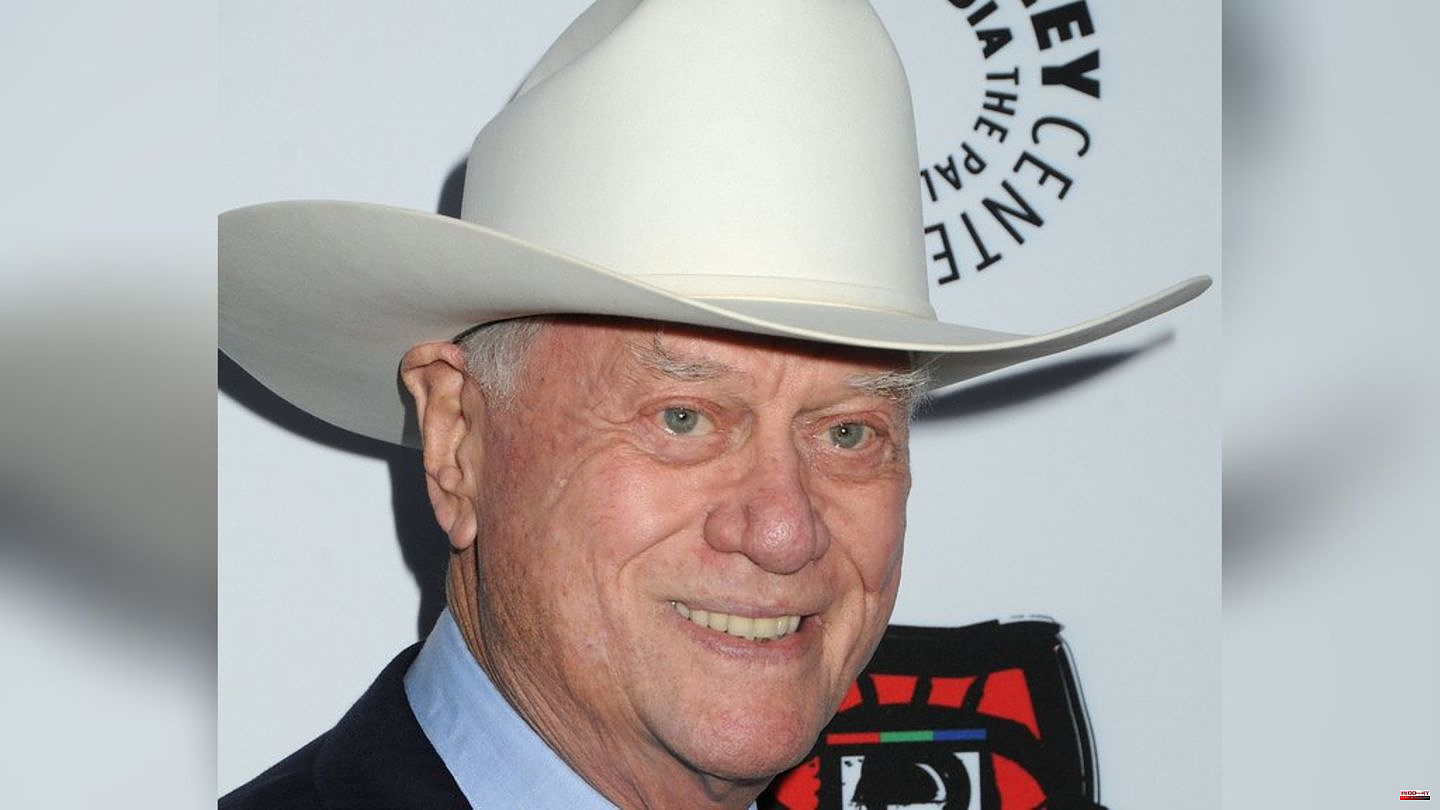 Larry Hagman (1931-2012) was J.R. Ewing. For the actor, the role of this Texan villain in the legendary series "Dallas" was the role of his life. When he died exactly ten years ago, on November 23, 2012, the question arose: will he be remembered as Larry Hagman or as J.R. Ewing?

Hagman was born in Fort Worth, Texas in 1931, which is a good assumption for the incarnation of J.R. His father Benjamin Jackson Hagman was of Swedish descent, his mother Mary Martin had great success as a comedy and musical star on Broadway in New York City. When his parents divorced, little Larry was raised by his maternal grandmother.

Young Hagman was initially supposed to become a lawyer like his father, but he was drawn more into his mother's glittering world. He attended the renowned Bard College in New York for a year and then trained as an actor at a theater. With the musical "South Pacific", in which he acted with his mother, he even made it to London, where he was also stationed for most of his military service as a troupe entertainer with the US Air Force.

After returning to the United States, Hagman made his film debut in 1964 in "Assault Moscow" alongside stars Henry Fonda (1905-1982) and Walter Matthau (1920-2000). A year later he rose to national stardom with the TV series "Enchanting Jeannie" (1965-1970) - the adventures of an astronaut with an enchanting genie in a bottle.

However, his next success number was of a different caliber than the harmless adventures he had to endure as Major Tony Nelson with "Bewitching Jeannie": From 1978 Larry Hagman played the leading role in the great soap opera "Dallas", one of the most successful TV to date -Series of the world. She makes him a world star.

"Dallas" takes place in the city of the same name and on the Southfork Ranch, it is the story of the Ewing family, who became extremely rich with oil. It's about money and power and even more oil. The central character is the eldest John Ross Ewing, known to everyone as J.R.

This J.R. runs the family company, he is fine with every trick, every intrigue, every outrage that leads to the implementation of his professional or private plans. His trademarks: the Texan Stetson hat and a devilish smile.

The audience develops a love-hate relationship with this bully, he becomes the most famous film character of his time, ideally embodied by Larry Hagman. Actually, you couldn't imagine any other actor in this role, apart from old Hagman buddy Jack Nicholson (85). And he's very fond of J.R., even in private he wears the Stetson and snaps that famous sardonic smile on all occasions.

From 1978 to 1991, he starred as oil baron J.R. in 357 episodes. "I can't remember half the people I've slept with, betrayed, or driven to suicide," Hagman told Time magazine once about his role. When J.R. is shot at the end of season two and audiences don't know for months if J.R. survives, a publisher plans to pay Larry Hagman $250,000 if he reveals who shot it. According to Hagman, he considered lying and taking the money anyway. But in the end, "I decided not to be like J.R. in real life."

Also, $250,000 is peanuts for him because J.R. has made him one of the highest paid actors in the world. Larry Hagman now lives on a farm in Ojai, California, like J.R. on Southfork Ranch near Dallas. That's not the only reason Hagman loves his alter ego: "He's a womanizer, a rat. But he has a lot of fun. I'll be J.R. until I die."

However, friends say that the actor and his character are fundamentally different. Linda Gray (82), who played alcoholic and often cheating J.R. wife Sue Ellen on "Dallas," describes him on CBS News as "creative, generous, funny and loving." Hagman was married to Swedish-born Maj Axelsson (1928-2016) in 1954 and has two daughters. His marriage is considered exemplary.

Politically supported Hagman, in contrast to the arch-conservative J.R. the left wing of the Democrats, he was a member of the left-alternative Peace and Freedom Party. Instead of oil, he fought for the energy transition and promoted solar energy.

After decades of drinking whiskey, he got a new liver in 1995 and publicly renounced his apparently only vice: "One drink would be my death. I would dissolve into my components within a few minutes," he says to "Bild". He is campaigning for the legalization of marijuana.

Hagman developed throat cancer in 2011 and died on November 23, 2012 at the Medical City Hospital in Dallas at the age of 81 from acute myeloid leukemia. The family says he died as peacefully as he wanted with his loved ones - and: "Larry was back in his beloved Dallas, where he again played the cult role he loved most."

When they say goodbye, his companions praise his character. "He was a seducer of life and brought joy to everyone he knew," says his film wife Linda Gray. And his often betrayed film brother Patrick Duffy (73, Bobby Ewing) complains that he has lost "one of the greatest friends" of his life. "He was a fighter in the gentlest way, against his obstacles and for his friends."

His ashes are scattered on the grounds of Southfork Ranch. Apparently no one is surprised that a large number of unknown women are said to be present at the funeral service.

Four years after his death, his daughter Heidi Kristina Hagman's book "The Eternal Party" is published. In it, she reveals that J.R. and her dad did have some things in common, at least when it comes to truthfulness: "I've rarely seen my dad without being under the influence of drugs or alcohol. I don't think I've ever seen him sober, just briefly before and shortly after his liver transplant in 1995." She claims that he continued to drink and also took marijuana. He also consumed LSD and gave it to his daughter.

In addition, he was an incorrigible cheater and never the faithful husband that posterity would think him to be, according to the actor's daughter in the book. He had had numerous affairs that his wife also knew about: "We all knew them, they were part of our lives and often came to dinner with us."

The secret of the many unknown women at the funeral service was also revealed. According to his daughter's revelations, they were allegedly former lovers. You said goodbye to Larry Hagman - and J.R. Ewing. For her, the two were one well-loved person. 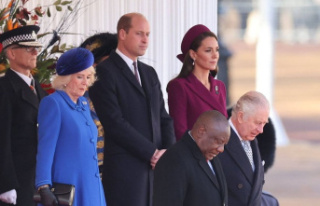