Cupid: "If the internet is a reflection of society, it is to tremble"

Cupid was one of those bands whose wings were cut off by the coronavirus just when it was beginning to take a liking to high-flying. 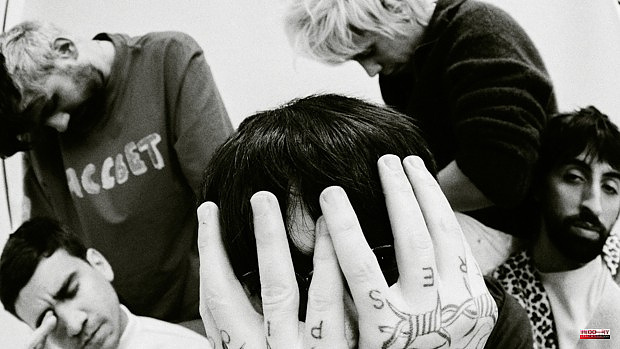 Cupid was one of those bands whose wings were cut off by the coronavirus just when it was beginning to take a liking to high-flying. In their case, the declaration of the state of alarm caught them loading the van to perform at La Riviera presenting their first album, 'Lend me a feeling', which had already brought them closer to the first echelons of the independent scene, and to which they still There was a lot of life left on stage. But what happened happened, and this group made up of three Canarians, one from Madrid and one Catalan had to clench their teeth and be patient. The blow was hard, but in the middle of the pandemic they got to work as best they could on a second album with which to celebrate the return to normality and incidentally reaffirm their identity in a musical scene that does not forgive oversights.

And that's how 'Sobredosis de amor' was born, the album that will make them no longer spoken of as the group of Pimp Flaco with Solo Astra, but simply of Cupid.

"It's an album that sounds more like a band", says Toni Díaz (guitar, choirs and keyboards), who congratulates himself on the result after a recording "so strange, that it has been interrupted several times due to restrictions and because we have been separated". In total, the eleven songs on 'Sobredosis de amor' have gone through "three or four different studios", says his partner Luis 'Luichi Boy' Sansó (voice and guitar). «We started at La Mina, in Seville, then we were at El Invernadero in Madrid, and we also went through one that Brian Hunt has set up in Cantabria, in a super nice place in the countryside. We almost prefer not to say where exactly it is to keep it as a secret.

Sounding more 'a banda' had a clear objective. "Respond better to the intensity that Cupid has live," explains Toni Díaz. «At the concerts we saw that people got super crazy with us, and we saw that the songs were not fully supported by that energy that was generated. Involuntarily, we began to make songs with stronger drums, with more guitars»... «Yes», ​​agrees his partner Luis, «it is definitely a much more organic album, and that started with 'La pared', which is a song that we released as a single two years ago. It paved the way a bit for what came after, and although we had some doubts about the reaction that our fans would have, it seems that they liked it. Our fans are quite young and they really like the more digital sound. They are not so used to the sound of classic bands and that is why this album had its risk, but they have received it very well and in general on social networks we are seeing that they are liking it a lot.

This second Cupido album is also quite different from the first in the lyrics, which are curiously full of references to death. «The pandemic has undoubtedly influenced the lyrics, which have quite a few sad moments. I think there hasn't been anyone in the world who hasn't gone through feelings of sadness during these two years", says Toni, who believes that in a long, long time, when listening to 'Sobredosis de amor' she will remember that it was "the album that it came out after the pandemic.”

Cupid's central message, however, remains untouched and uncorrupted: falling in love sucks. Even more so in these times of gratuitous hate in cyberspace. «If the internet is really a reflection of society, it is to start trembling. Sometimes I see so much hate on the networks that I start to laugh, not to cry. "It's true," adds Toni. "It's a shame that we hide to make love and make war in broad daylight, as John Lennon said." And despite being in their twenties, Cupid's kids aren't much into obsessing over Twitter, TikTok, and other platforms. «It should be forbidden to be anonymous on the networks, and thus people would have much more awareness of what they write. Or what do I know... put by law that classes on the subject be given in schools. Perhaps there are people to whom this sounds reactionary, but sometimes the matter is truly crazy. Cupid has sometimes been bait for haters, but we take it as a joke. We prefer love to hate (laughs)."

His fans think the same. And in fact, their concerts have produced unusual scenes for a newborn band, such as marriage proposals in the middle of the stage. "Yes, once a boy asked us to please let him ask his girl to marry him in the middle of a performance, and of course, we couldn't refuse," says Toni between the laughs of his partner Luis, who says goodbye with a question that breaks the interview with a clean laugh: «She said yes, right?».

1 The Diputación de Alicante promotes a protocol to... 2 The alleged murderer of Marta Calvo found "perfect... 3 The family of the former president of Bolivia will... 4 The «GS1», absolute winner of the Solo Crossing... 5 “MASCF”, “Charal” and “Fortinet – Best... 6 Philosophy of the comic: when humor has to survive... 7 Everything you need to know to retire early 8 José Vicente Morata, re-elected president of the... 9 CF Talavera announces coach, sports director and president 10 Valencia goes from hosting the largest brothel in... 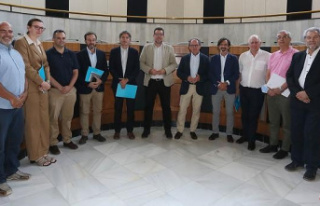 The Diputación de Alicante promotes a protocol to...