Collectible series: Lego Brickheadz: Why the blocky heads are so popular

In the summer of 2016, a Lego series came onto the market that still makes collectors' hearts beat faster. 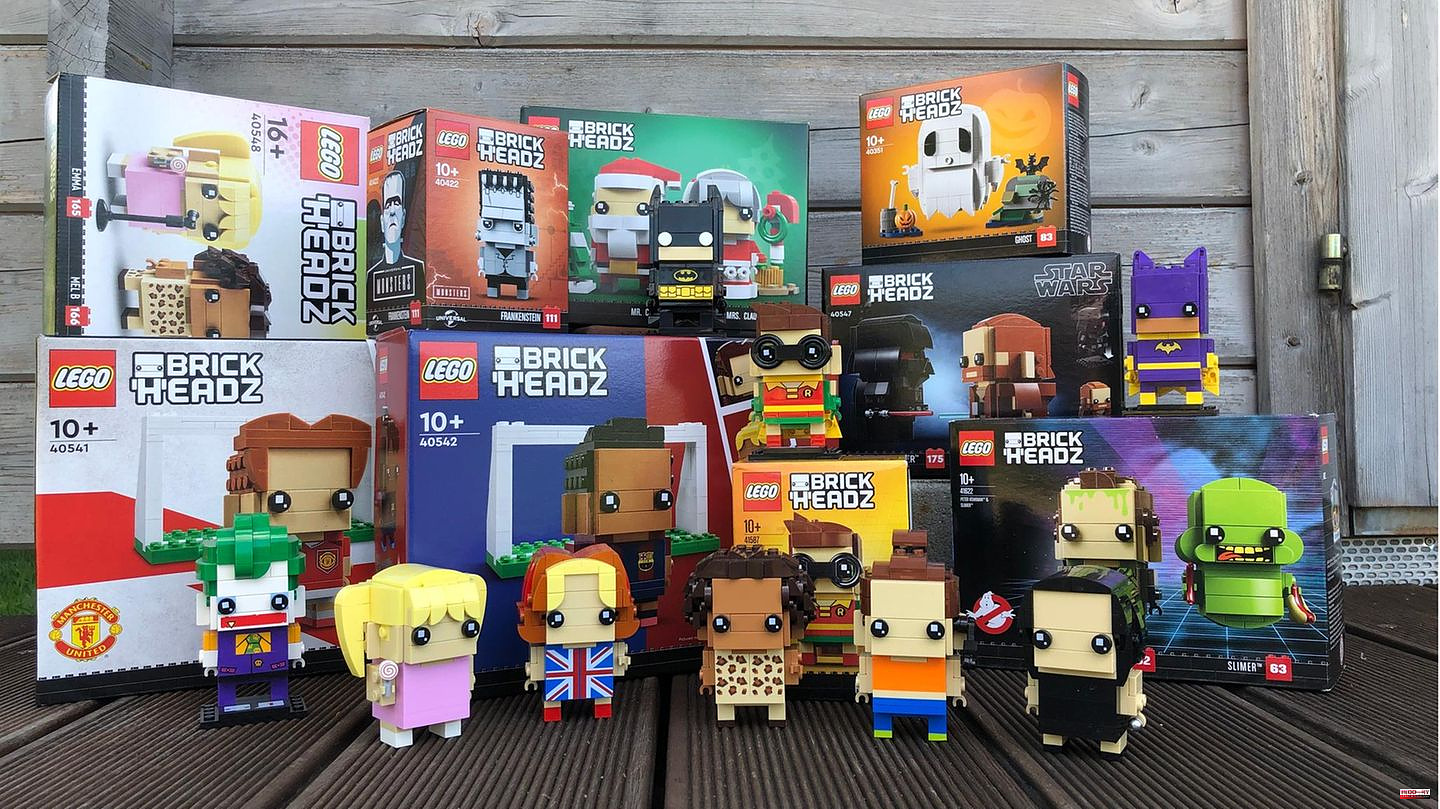 In the summer of 2016, a Lego series came onto the market that still makes collectors' hearts beat faster. Currently (as of August 2022) the Brickheadz family consists of 181 sets, with some featuring two or more figures waiting to be brought to life. Cult status - and that's in the nature of things - the very first Brickheadz. In contrast to today, the sets were only sold as exclusive sets at the Comic Con in San Diego (USA). Lego still labels most of the colorful figures as "exclusive". Which means nothing other than that they are initially only available in the online shop of the Danish terminal block manufacturer.

For the first edition with Superman and Wonder Woman you have to shell out more than 1000 US dollars. The same applies to Batman and Joker, which were also presented in San Diego in 2016. Both sets consist of just over 200 stones. Today you can get new releases for just under ten euros per figure. But over the years and at the latest when Lego takes individual Brickheadz sets from the online shop, the prices for Lego Brickheadz increase significantly. Peter Venkman and Slimer from the Ghostbusters set from 2018 now cost almost 70 euros in their original packaging. For Disney's Mickey Mouse, one of the smallest Brickheadz sets from 2018 with only 109 parts, you currently have to pay 130 euros and more. Some are so popular that Lego can't (or won't) follow with production. This is what happened with the anniversary set "Ahsoka Tano" from Star Wars, which was sold out shortly after the release and was only available for a short time several times later.

In 2022, Lego has released 15 sets so far, only three of which consisted of a single figure. There were also two license sets with players from Manchester United and FC Barcelona, ​​which can be customized. As the first music band in Brickheadz history, the Spice Girls transformed into colorful terminal block figures in 2022.

The professors at Hogwarts

The basic principle of the Lego Brickheadz is always the same. The figure's head is designed disproportionately compared to the body. Hence the name. The construction techniques and the construction steps are also similar. The construction itself is usually not a big challenge and for many it is not the decisive factor either. Don't be put off by the age recommendation that Lego prints on the packaging. With a little practice, the figures are ready after 20 to 30 minutes. A small drop of bitterness: The Lego Brickheadz are not really suitable for playing and probably not intended. This is probably also the reason for the age statement. The bulky heads in showcases and on sideboards are real eye-catchers. And best of all: there is something for big and small, young and old. Jurassic World, Ninjago, Star Wars, Harry Potter, Marvel, Disney Frozen, The Simpsons, Toy Story, Looney Tunes, but also animals and seasonal motifs such as Easter chicks or reindeer.

And that's not all: In contrast to almost all Lego innovations of the past few years, the Lego Brickheadz still do not have any stickers. All special parts of the figures are printed. Another reason for most Lego fans to collect the Brickheadz.

Brickheadz collectors are already looking forward to the new year. As some specialist portals report, three new Lego Brickheadz sets are to be released in April 2023. Accordingly, these are three characters from the computer game Minecraft, for which Lego created its own theme world a few years ago. Minecraft fans can look forward to Alex, Lama and Zombie. The sets should consist of 80 to 100 parts. The trio (RRP probably 9.99 euros each) is also perfect as a small gift or souvenir. And the fans of Disney Brickheadz could also get bright eyes in 2023. The US media company will be celebrating its 100th birthday next year. A welcome reason for Lego to add some Brickheadz here too. What that will be is not known at this time.

The article was first published in August 2022.

1 Mass extinction in the Oder: The mystery of the dead... 2 Fish deaths: Searching for traces along the Oder:... 3 Society: Mass protest or even riot - what happens... 4 Air traffic: Lufthansa cancels 800 flights on Friday... 5 Climate: Aachen city region prohibits water withdrawal... 6 Host: Larry the Cat: The cat that the British trust 7 Media: Court suggests shortening of trial against... 8 DFB-Pokal: Nagelsmann's luxury problem: Training... 9 Personal consequences: According to stern research:... 10 TV soaps: This is what happens in the soaps today 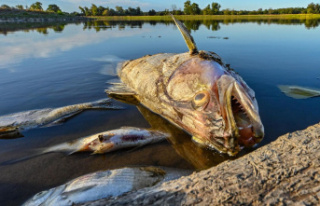 Mass extinction in the Oder: The mystery of the dead...