Children of William and Kate: They attend their great-grandmother's funeral: Hard times for Prince George and Princess Charlotte

They are two guests at Westminster Abbey who were not initially planned: Prince George and Princess Charlotte, the two older children of Prince William and his wife Kate, attended the state funeral for their great-grandmother Queen Elizabeth II. 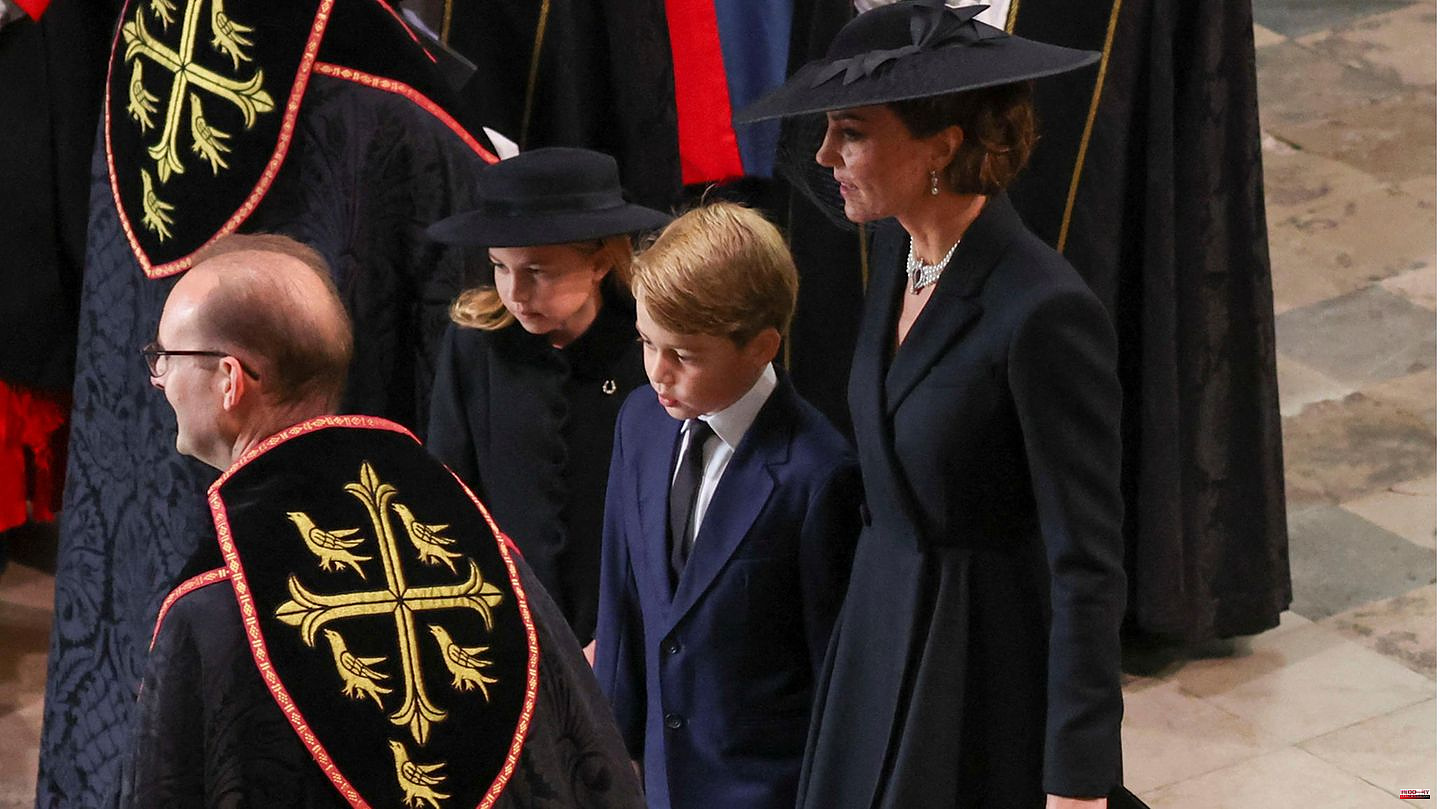 They are two guests at Westminster Abbey who were not initially planned: Prince George and Princess Charlotte, the two older children of Prince William and his wife Kate, attended the state funeral for their great-grandmother Queen Elizabeth II. The nine-year-old and his seven-year-old sister drove to Westminster Abbey with their mother and queen consort Camilla. The service for the Queen, who died on September 8th, takes place there. Around 2000 guests are invited, including 500 heads of state and government as well as members of international royal families.

The two young royals entered the church alongside Princess Kate. Prince George wore a navy suit, white shirt and black tie, while his sister wore a black coat with a matching black hat. Along with their parents and other members of the royal family, they walked down the aisle and watched as the Queen's coffin was placed on a pedestal. During the service, George and Charlotte sat between their parents in the front row and also sang with the congregation.

It was only decided at short notice that the Queen's great-grandchildren would attend the ceremony. British media reported over the weekend that senior palace officials had asked Prince William and his wife Kate to bring their children with them. This is a strong signal - and the news that the succession in the royal family is secured. Prince George is second in line to the British throne after the death of the Queen. After careful consideration, Prince William and his wife decided to take this step.

After all, nobody knows better than the 40-year-old himself how hard it is for a child to say goodbye to a loved one in the public eye. When he had to bury his mother Princess Diana in 1997, he was 15 and his brother Prince Harry was only 12 years old. Both later spoke in interviews about how difficult it was for them to perform at the time.

After the service at Westminster Abbey, Queen Elizabeth II's coffin will be taken in procession to Windsor Castle, where there will be another ceremony before the monarch's immediate family burial. Prince George and Princess Charlotte have a long day ahead.

1 Queen Elizabeth II: A century of life: The palace... 2 Kitchen Gadget: Splatter Guards for Pans: How to Prevent... 3 Sleeping drink: Moon Milk: How the trend drink is... 4 Naturally warm: Sheepskin in the stroller: advantages,... 5 Walking in the Dark: Stroller Lights: How to Increase... 6 Archeology: "Like on the set of an Indiana Jones... 7 Fragrances: What is the difference between "Eau... 8 Trouble with drunken guests: Oktoberfest: This is... 9 Between the Alps and the sea: experience nature: These... 10 Energy transition: Nuclear power and gas are to become... 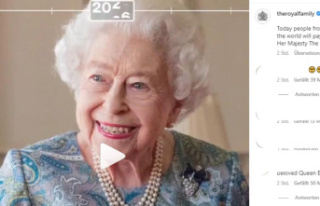 Queen Elizabeth II: A century of life: The palace...