Chaos at the Marc Anthony concert in Madrid

It was courteous this Tuesday Marc Anthony. 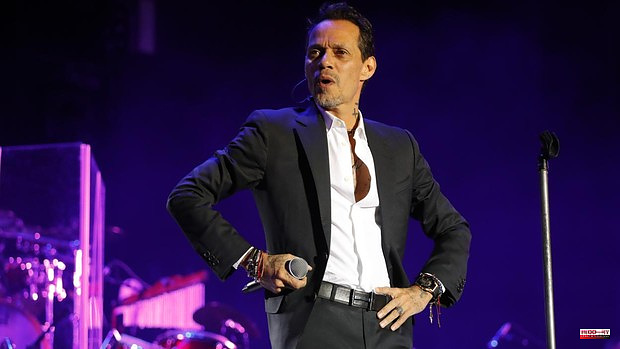 It was courteous this Tuesday Marc Anthony. He brought together 25,000 people at Ifema and of course, the chaos at the entrance was such that he did us the favor of being half an hour late. Complaints on social networks were many, there is talk of 'fraud' and 'scam' with ease. The organizers are branded as 'scoundrels' as well. And it is that, both at the entrance and at the exit, numerous incidents took place. Access roundabouts blocked, people protesting and blaming Ifema and Ayuso... and two policemen for every kilometer of traffic jam. In the end, the 25,000 people in the adjacent car parks fit but many people entered the venue with the concert already started.

So, on the run, without accreditation and having to throw a smoking cigarette that had at least 15 cents to live on the floor, I was able to hear the welcome ovation: Puerto Rican ‘in the house’.

I was looking for my entrance with 'Valió la pena' in the background, an ideal intergenerational success to open. It took Anthony a (painful) stanza to get into the role, but then he was up to it. That said, with all the problems in the world (poor visibility, people who couldn't hear well in the back rows, apart from the commented entry and exit jams...) they are the result of the poor decision of the promoter who decided that in Ifema can fit that number of people. A predictable mistake but that spoiled the evening for more than one.

The New Yorker/Puerto Rican has made a career in half the world with unprecedented commercial success, being the salsa artist who has sold the most records on the planet (30 million copies). Although he does not need excuses to come to Madrid to sing, yesterday he presented his latest work 'Pa'lla voy', which follows the line of his recording career. Only the homonymous sounded from the album, a correct traditional sauce.

Sometimes, due to industry bias, these types of artists are thought to be studio products languishing on stage. This Puerto Rican showed yesterday that it is not his case, commanding the band, eating up the stage and revealing that Caribbean flow that people who know how to move their hips have.

It is a style, badly called Latin by lazy people, difficult for musicians. Twenty instruments on stage, energetic arrangements in which there is hardly any rest, many percussion lines that intersect... From the perfect assembly of the band comes that 'something' that makes you dance. And the applause then goes to Anthony… oh, life.

Something very, very unusual to see is a long guitar solo in these songs. Five minutes of Mario Guino's virtuosity clock with Marc Anthony cast aside is a once-in-a-lifetime thing. Great moment for the talented guitarist.

The musical climax of the concert was a wonderful version of 'And how is he?' Elegant and seductive, Anthony sang with the wisdom of one who knows that life does not end in heartbreak and that the heart can withstand several fractures.

To contrast, and because artists are like that, the following was his lowest moment of the evening. A real shame, because the song, 'What price does heaven have?', is one of the best compositions in the repertoire.

The public sang all but the new one. I imagined that the woman who was expressing her frustration via direct Instagram when we were stuck at the Valdebebas roundabout would be jumping when the encores began and I reminded myself, once again, that music has something special.

The most international salsero said goodbye to a city, ours, with 'Vivir mi vida', which sold out tickets, stood in line for two hours and acted as a chorus girl on many songs. He left like the greats, without heavy harangues or delusions of grandeur and the guarantee that, in his field, he is one of the best in the world.

1 Raúl Enrique Asencio Navarro wins the 21st International... 2 'Lost objects', a journey through South... 3 Album Reviews of the Week: Holy Land, Merzbow 4 The passionate love story between Chopin and George... 5 Rocío Márquez and Bronquio: «In flamenco there... 6 The Pilgrim Fair returns in style 7 The ninth CaixaForum in Spain is now a reality: Valencia... 8 The premiere of 'Lightyear', between controversies... 9 'Las supplicantes', a story of dignity that... 10 The Canary Islands continue to climb with 2,493 new... 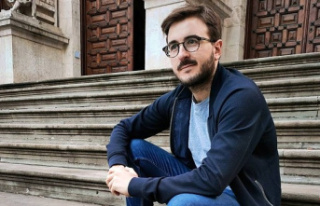