The Government will approve today in the Council of Ministers the creation of a Global Observatory of Spanish based in La Rioja, with a budget of 4 million euros, according to 'El País' and has been able to confirm ABC, which has had access to the details of the structure of this project. 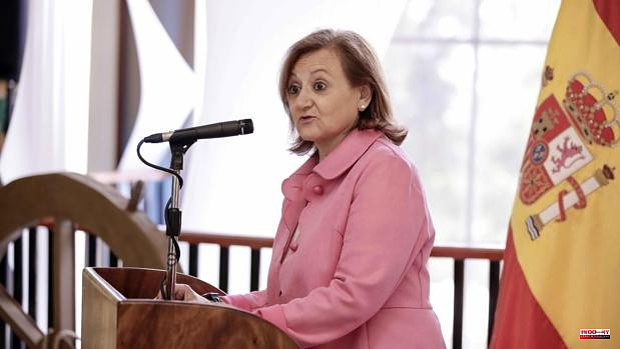 The Government will approve today in the Council of Ministers the creation of a Global Observatory of Spanish based in La Rioja, with a budget of 4 million euros, according to 'El País' and has been able to confirm ABC, which has had access to the details of the structure of this project.

The Observatory is among the 'tractor' plans of the Strategic Project for Economic Recovery and Transformation (PERTE) dedicated to the New Economy of Language. Its structure will be that of an administrative body that will bring together all the means that the State will make available to this observatory.

The Executive emphasizes that it is a non-consultative body, but a collegiate one. At the head will be the Cervantes Institute and representatives of all the ministries involved will sit at the table: Education, Universities, Science and Innovation, Economic Affairs and Digital Transformation, Foreign Affairs, Culture and, with a special role, the Government of La Rioja.

It will be a center for analysis and prospective that will decide the implementation of the specific projects foreseen in the PERTE to promote the New Economy of the Language. One of its tasks is to produce technical reports to promote the prestige of the Spanish language.

It is believed that the headquarters will be installed in San Millán de la Cogolla, the cradle of Castilian, since the oldest written references in this language were found there.

Sources close to the Government indicate that among the priorities of the Observatory are the exploration of projects and means to accompany and co-finance the process of digital transformation in the Spanish language and in the co-official languages. Also identify and make profitable the use of Spanish in the new digital environments through artificial intelligence: it is not so much about researching with this technology, but about proposing specific projects that turn that knowledge into an economic advantage.

The same sources point out that instead of accepting the hegemony of the digital economy in English or Chinese, the time has come to promote and introduce Spanish in this area. For this reason, it is not about limiting itself to the creation and use of repositories, but about promoting the certification of Spanish in direct competition with the large teaching industries, such as the Cambridge certificate, with which they want to compete directly.

For this, it will have a budget of four million to which from now on all the amounts that will finance the specific projects that are launched will be added.

Cristina Gallach, special commissioner for the Alliance for the New Economy of the Government's Language, has had a frenetic activity in recent days that has led her to meet with the regional academies and the ambassadors of Latin America.

1 The Mossos call for a detection protocol after the... 2 The National Police dismantles a criminal organization... 3 Castilla y León rules out judicial appeal of the... 4 They recover more than 46,000 euros that a person... 5 Union associations of interim secretaries of four... 6 The Toledo City Council regrets the "lack of... 7 This is how the new night lines of the EMT buses in... 8 European liberals threaten Von der Leyen with a motion... 9 Pablo Laso is discharged: «I have been lucky that... 10 Spanish judge will ask NSO for testimony on Pegasus... 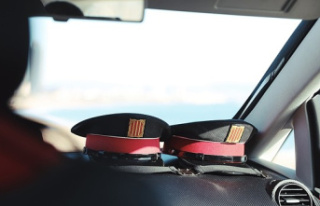 The Mossos call for a detection protocol after the...