C. Tangana is crowned as the new king of the Sónar nights

And, five years later, the prodigal son returned to Sónar. 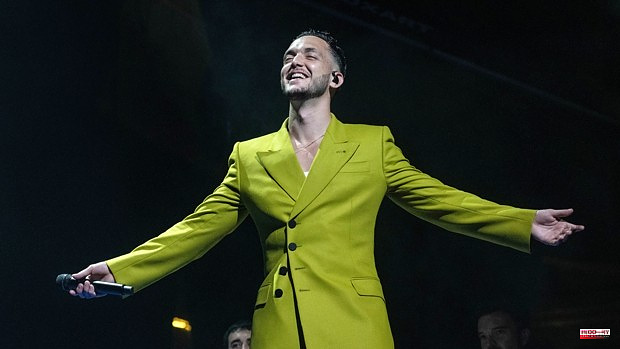 And, five years later, the prodigal son returned to Sónar. It was an almost surprise signing, since at first Primaver Sound had tied the knot with the Madrilenian, but Antón Álvarez was there, the man who comes out on stage every night dressed as C. Tangana, premiering the nights of the first post-pandemic Sónar at full performance and looking from the heights at that other version of himself who acted in 2017 at snack time on a tiny stage. Nothing to see, of course.

Ridden to the imposing wave of 'El Madrileño', Puchito arrived, saw and won. Hard to remember the SonarClub, the gigantic central stage of the festival, so full in the early hours of the night. And it's also difficult for Fira Gran Vía to reverberate again in such a racket of clapping, electronic grafts, flamenco revelry and nods to Alejandro Sanz, New Order, Navajita Plateá and Ketama.

Tangana came from crowning the Palau Sant Jordi last April and what was seen last night at Sónar was a distilled and hyper-concentrated version of his 'Sin cantar ni afinar tour'. Unfilled. A blockbuster made only of peak moments, one after another. From 'Still Rapping' to 'You stopped loving me'. From the ecstasy of 'Ateo', half served with Nathy Peluso, to the madness of 'Too many women'. From the sprawl of the rumba tabletop with Juan José Carmona, Niño de Elche and La Húngara to the synthetic echoes of 'Tranquilísimo' and 'Llorando en la limo'.

The instrumental and audiovisual display was the same and, despite the fact that the sound was not always accompanying, an hour and a little was enough for the man from Madrid to proclaim himself the new king of the Sónar nights. He knew little, yes, but he had to make room for Moderat, The Blaze and Nathy Peluso. And with the opening of the festivals, you know, everything ends up shrinking. Everything except Tangana's ambition, of course. "What do I do after this?", the singer asked himself when, after an hour, the public was about to come to a boil and the whole band was preparing to toast on stage while the word 'End' emerged from the screens. A somewhat abrupt and anticlimactic ending that served to, now, give for the premiere of the early mornings of the Barcelona festival.

During the day, Sónar continues to break down barriers and listen to the five continents to sponsor pairings and proposals that are at least astounding. A quick look at ampiano, the new dance born in South Africa, by Kamo Mphela? Done. The wild electronic pop of Samantha Hudson making her way in the Hall between gymnastic choreographies and comings and goings around an American bar? Done, too. The pasodoble sleeping with the bakalao in the eventful premiere of the 'Concert de Músika Festera'? There was the Alicante-born Niño de Elche, hours before joining C. Tangana's show, acting as master of ceremonies and bringing "the rites of the Valencian tribe" to the cradle of advanced music.

In the absence of Asian artists and American stars, the great attraction of this year's Sónar is the talent from here. The local product. And nothing more local than Francisco Contreras Morente, speleologist of flamenco and arcane sounds devoted to the revision and reinvention of Spanish folklore. A regular suspect of Sónar, we saw him a few years ago in tandem with the dancer Israel Galván and there he was again yesterday, leading a risky twist to Valencian party music.

A showy revision that, with one foot in the cobla and the other in the bakalao route, packed SónarPark and surprised with a sea of ​​theatrical entrance (the 40 musicians of the orchestra arrived on stage through the audience), but ended up shipwrecking because of the constant sound problems. The voice and the bases came and went, the audience received each move from the orchestra as if it were 'Paquito el Chocolatero' -yes, it also sounded- and every time Niño de Elche and his buddy Ylia stepped on the electronic accelerator, they They melted the leads on the stage. «It is necessary that the machine breaks», a Niño de Elche sang in an ecstatic trance. And the machine, of course, said enough and broke.

1 July 4, a key date for the future of Vicente Aleixandre's... 2 Bullfighting loses Andrés Vázquez, the flag of classic... 3 Sónar comes back to life between experimentation... 4 G men take another triumphal walk in the US: "It's... 5 "It would be more convenient to make the underwater... 6 Madrid begins the procedures to protect the Aleixandre... 7 Patti Smith and the glory routine 8 An exhibition reveals the most mature look of Laxeiro... 9 Play the 'online escape room' created by... 10 The Government considers the crisis in Catalonia to... 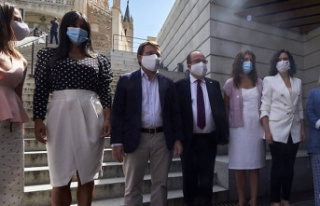 July 4, a key date for the future of Vicente Aleixandre's...