At the end of San Isidro, they called me from Villalpando to announce that they were preparing a tribute book to the teacher Andrés Vázquez, his countryman: he was already admitted, he could not attend this time, as he always did, to the delivery of the ABC Bullfighting Award. 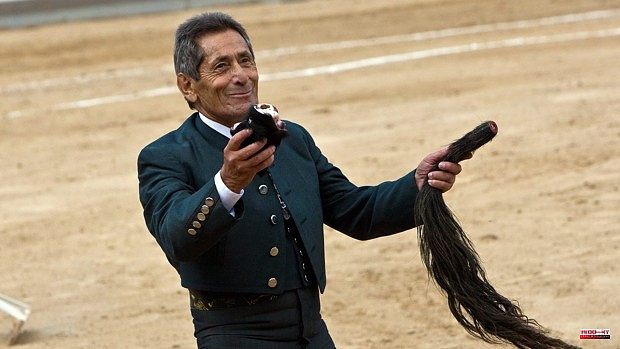 At the end of San Isidro, they called me from Villalpando to announce that they were preparing a tribute book to the teacher Andrés Vázquez, his countryman: he was already admitted, he could not attend this time, as he always did, to the delivery of the ABC Bullfighting Award. He died on June 17 at the Benavente Regional Hospital, at the age of 89.

He had learned the hard trade of bullfighting in the Castilian capeas with the nickname "El Nono". He tells it himself in the third episode, 'La capea', of the beautiful film 'I have seen death' (1965), the docudrama – we would say today – directed by José María Forqué. Andrés evokes in him a world that he had lived, with a dramatic testimony: in a town, a bullfighter, his companion, dies.

Years later, already in Las Ventas, the bullfighter Andrés Vázquez toasts the sky, in memory of his capeas partner.

It was not easy for him to succeed in the ring. Like so many others, he made himself known to the Madrid fans at Vista Alegre. He triumphed as a novillero in the 1961 season and took the alternative the following year, in the middle of the San Isidro Fair, with Benítez Cubero bulls, Gregorio Sánchez as godfather and Mondeño as witness: that afternoon, he opened the Puerta Grande for the first time as bull killer. From 1962 to 1977, there were no less than ten times that he went out on the shoulders, in Madrid.

Andrés Vázquez embodied a Castilian style of bullfighting, with a sober technique, without gratuitous embellishments. (In the background, the shadow of the great Domingo Ortega). Over time, he acquired a more classical tradition, with Belmont stockings, natural slings, windlasses and some old-fashioned adornment such as seeing the bull fall, sitting in the stirrup.

In the sixties and seventies, he fought at all the fairs, alternating with figures of the stature of Antonio Ordóñez, Diego Puerta, Paco Camino, El Viti... But his career was linked to the Plaza de Las Ventas. For the Madrid fans, he meant a banner of classicism, along with Antonio Bienvenida and the bulls of Victorino Martín, with whom he repeatedly triumphed. He remains for history the task of him to Baratero, whose ears he cut off. He was the first matador who dared to shut himself up, in Madrid, with six Victorino bulls.

The gorings forced him to retreat. He was a teacher at the Madrid School of Bullfighting and a commentator on Telemadrid, together with Miguel Ángel Moncholi. He fought in public for the last time on July 25, 2012, on his eightieth birthday, at a festival, in his honor, in the Plaza de Zamora. That afternoon, he dealt with a bull belonging to Victorino Martín. He told me that he killed him by sticking the sword in two stages, without relieving himself, to the horror of El Viti, his dear friend... In 2021, the Junta de Castilla y León awarded him its Bullfighting Prize.

In 'La suerte o la muerte', Gerardo Diego dedicates a poem to him, 'Querella contra Andrés Vázquez', which combines affection with jokes, comparing him to the heroes of the Romancero: «A bullfighter from Zamora, / and, what will he say? Lady Magpie? / If her eyes do not take him out, / it will be that she falls in love with him ». He calls him a "meseguero bullfighter", who has harvested the harvest from the Castilian countryside, and concludes as he began, but dividing the verse into two: "A bullfighter / from Zamora".

Retired in his land, he continued to defend that the encastado bull is the basis of the Festival. He proclaimed the necessity of the lot of sticks: a Victorine who fought received nine sticks. He felt like a bullfighter inside and outside the ring: "Bullfighting and honor is the last thing a bullfighter should lose."

Andrés Vázquez was outraged against the political attacks on bullfighting: «They are determined that bullfighting must be ended, that it is not worth it. Why? People still want to see bulls… My time has passed, although sometimes you see things that make your blood boil. That's why I went back to bullfighting, so that people could see the truth of this world. And he concluded, with resounding simplicity: «I would have preferred to be killed by a bull, in the ring, than to witness how bullfighting dies». Fortunately, he has not come to see that nonsense but rather a very lively Fiesta. I remember him as a classic bullfighter and a solid, strong, Castilian man: a teacher from Zamora.

1 Sónar comes back to life between experimentation... 2 G men take another triumphal walk in the US: "It's... 3 "It would be more convenient to make the underwater... 4 Madrid begins the procedures to protect the Aleixandre... 5 Patti Smith and the glory routine 6 An exhibition reveals the most mature look of Laxeiro... 7 Play the 'online escape room' created by... 8 The Government considers the crisis in Catalonia to... 9 Traveling by direct Alvia train from Castilla y León... 10 Government discards breakwaters that could save Albufereta... 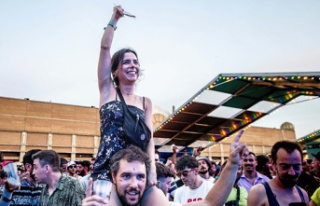 Sónar comes back to life between experimentation...