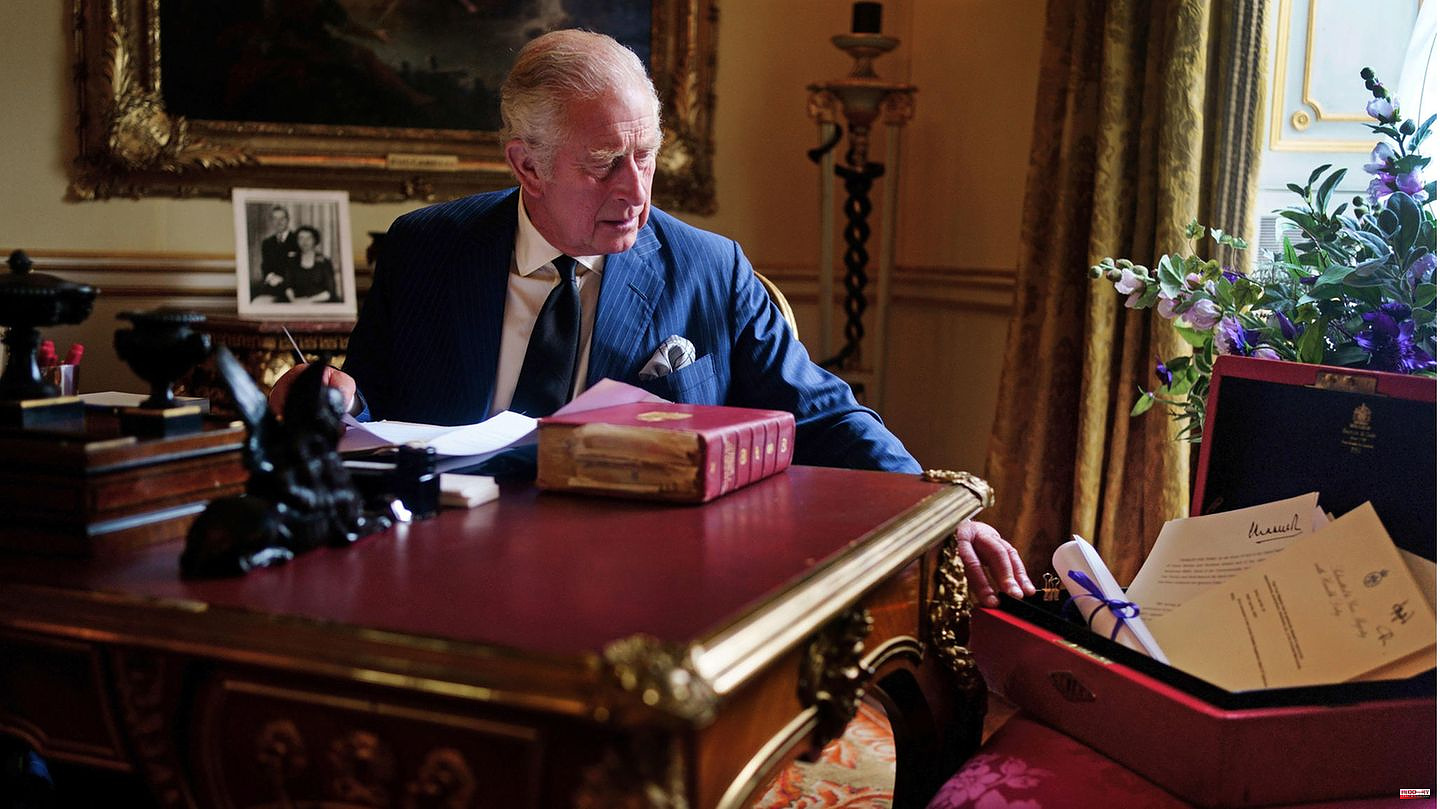 A week after Queen Elizabeth II's funeral, Buckingham Palace has the official monogram of Britain's new King Charles III. announced. The royal monogram, which can be seen on government buildings, letterboxes and government documents in the United Kingdom, among other things, is CIIIR - C is for Charles, III is the Roman numeral three and R is for Rex, the Latin word for king.

The monogram of Queen Elizabeth II, who died on September 8th at the age of 96, was EIIR - the R stood for Regina, the Latin word for queen.

The Royal Post Office at Buckingham Palace will start printing the new CIIIR monogram on its mail from Tuesday, after the end of the royal family's mourning period. The post office in the castle processes around 200,000 items each year, from invitations to events and replies to letters to matters of state.

The first banknotes bearing the image of the new King Charles III. will not be put into circulation in the UK until mid-2024, the Bank of England announced on Tuesday. The portrait is to be presented at the end of this year.

The UK's central bank has announced that the monarch's likeness will be printed on new £5, £10, £20 and £50 notes. Otherwise "no further changes would be made". The old banknotes with the Queen's likeness will remain in circulation and will only be taken out of circulation if damaged in order to "minimise the ecological and financial impact of the change of monarch" at the request of the royal family. 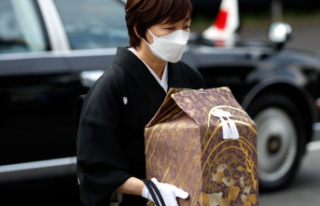