Beck, the technological hippie who became a rockstar

He comes out of the smoke and starts with 'Mixed Bizness' and 'Devil's Haircut', two intense rocks that breathe in an almost grunge key. 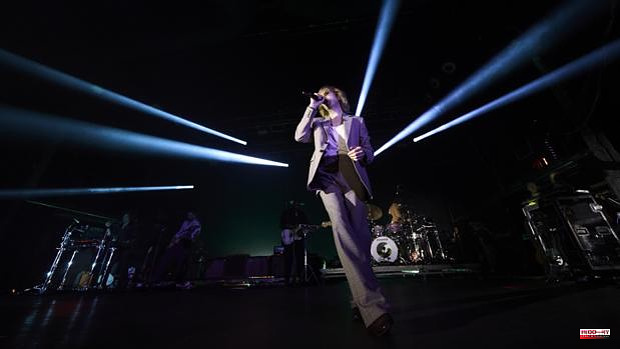 He comes out of the smoke and starts with 'Mixed Bizness' and 'Devil's Haircut', two intense rocks that breathe in an almost grunge key. Before, Hinds had played, a talented national rock quartet.

Good vocal moments in the third, 'Up all night', which corroborates the initial impression of the writer about the supreme level of drums and bass. The constant changes of tempo and audiovisual effects that Beck uses are striking, right from the start. Sometimes the songs are joined by a voiceover that, through radio filters, resembles Walter Cronkite announcing the end of the world after the Kennedy shooting. Eclectic, the artist makes room for rap in songs like 'Wow', which he boasts of good lyrics.

The key to understanding (and loving) Beck is knowing what Los Angeles is. His whole style emanates from that 90's Los Angeles culture that inherited irreverence and drugs from the hippies, added to the technological creativity of the moment. Dressed as a rockstar, Beck occupies the stage of La Riviera as a minimalist Mick Jagger (they even give each other an air) who dances and likes himself, taking advantage of his blonde hair to seduce with impudence. He sounds good on 'Girl', which begins the poppier phase of the concert-where Beck catches the acoustic-in which a good 'Chemtrails' sounds (again, what a drummer). This entire block of the show, more intimate, presents sound arrangements that are perfectly defined by the word 'collage'. 'Turn Away' follows, with more vocal effects before 'Lost Cause' closes out the quieter section of the event. 'Missing' follows, which sounds like eighties pop but refined.

Beck seems to have designed his songs around the live show. They don't sound whole, he collects fragments and thus, in just five minutes, he is able to play three different ones. There are no pauses at any time, he barely speaks to the audience (except to say that he loves the fake palm trees of La Riviera) and the band has no time to breathe. Beck alternates electric, acoustic guitar and hand mic in what is a fun and energetic show.

'E-Pro', very powerful, makes the audience jump with a well-repeated coda. The band enters the territory of the massive, with a beat and chorus that suggest a football chant and that the public embraces as their own to end up jumping. Follow 'Loser', his great popular success, and the end can already be guessed. It is a hybrid song, between the electronic atmosphere that accompanies all his songs and the quasi-rap of the vocal melody.

Brave, in 'Derilict' he dares with the harmonica and, only (in the purest Howlin' Wolf style), also shows that he is a great connoisseur of the classic genres of his tradition such as blues and rock n' roll. With an electronic climax, the concert ends and the American disappears after barely an hour and twenty. The good thing if brief twice good? 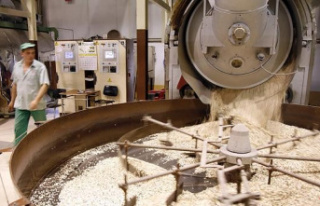