Art and science come together to explore the future of food

Exploring the future of food through art is the goal of 'Food Forever', a program of events at Kew Gardens, London's famous botanic garden, looking at how we can change what we eat to protect the planet and ensure that resources remain available for future generations. 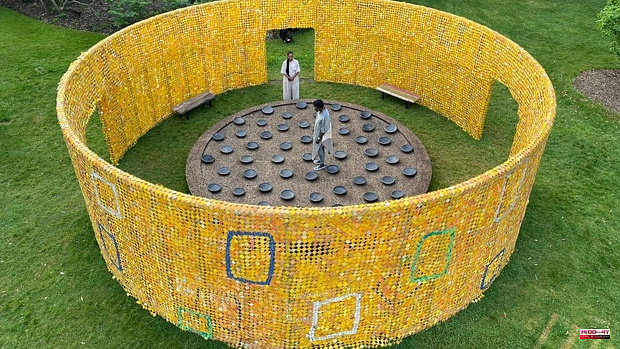 Exploring the future of food through art is the goal of 'Food Forever', a program of events at Kew Gardens, London's famous botanic garden, looking at how we can change what we eat to protect the planet and ensure that resources remain available for future generations. The program includes an exhibition of installations that will be open to the public until September 18, which demonstrates the commitment of this institution's team to make science known through art.

Thomas Dambo is a Danish artist and recycling activist who uses scrap wood and debris to make sculptures of giant trolls that live in mountains, forests, and parks around the world, from China to South Korea to Puerto Rico.

Those of Kew Gardens, who have been baptized as Matt and Helen, appear eating together vegetables and plants that are in containers, which represent food waste. According to the FAO, the Food and Agriculture Organization of the United Nations, the global volume of food waste is estimated at 1.6 billion tons and 1.4 billion hectares of land, 28% of the world's agricultural area, are used annually to produce food that ends up being wasted. "Food waste is a serious problem," says the artist, who hopes these sculptures in Kew Gardens will inspire the public to look for solutions in their own homes.

“Shooting hunger” is the name that Serge Attukwei, an artist from Ghana, has given to an installation made with small square pieces of a very distinctive type of drum in the country, known as a “Kufuor drum”, since he was the former president John Kufuor who in the 2000s made them available to people to collect water and easily transport it during a lean period, and they are also used for oil. Instead of throwing away those that no longer serve, Attukwei creates works of art that, in his own words, speak to famine, scarcity, and the impact of personal decisions on the well-being of the planet and communities.

Sharp and Sour, "sharp and bitter", is the name of the Spanish design studio of Madrid-born María Fuentenebro and Mario Mimoso. Their project is focused on the future of food and for the most renowned botanical garden in the United Kingdom and one of the most important on the planet, they have created an installation that reflects on possible solutions to the food crisis that could end the total loss of products such as coffee, fish and even animal species such as cows, including the Spanish Serrana Negra, of which there are only about 500 copies left. These answers, in his opinion, go through scientific and technological innovation and also through the return to popular knowledge. "Eating is a language that we all speak," they say, adding that "it is through food that we can start the conversation about our food systems and the climate crisis." His exposition is "as alarming as it is informative."

1 Nadal also owns his Fourteenth 2 France is hit by lightning, hail and floods, leaving... 3 Supreme Leader admits Iran stole Greek oil tankers... 4 A doctor from the Toledo hospital advises the WHO... 5 Pakistani army claims 7 militants were killed close... 6 Salamanca returns to the Golden Age 7 In Bangladesh, at least 49 people are killed in a... 8 The director of museums of the Generalitat Valenciana... 9 Schiff says Trump aides not being charged by the DOJ... 10 Submitted the application for the candidacy of the... 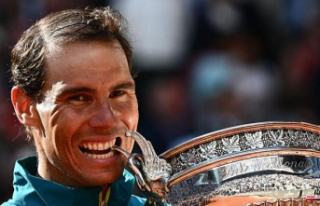