The Kid LAROI (19) and Justin Bieber (28) are number one in the global Apple streaming charts in 2022 with their joint song "Stay".

The Kid LAROI (19) and Justin Bieber (28) are number one in the global Apple streaming charts in 2022 with their joint song "Stay". Released in the summer of 2021, the track stayed at the top of the global top 100 for 51 days and continued to shine in 2022. The track peaked at number one in 69 countries and regions worldwide. British superstar Harry Styles (28) took second place in this year's streaming charts with "As It Was", third was Future (39) feat. Drake (36)

The British singer-songwriter Ed Sheeran (32) was favored by Apple Music listeners in Germany in 2022. With "Shivers" the 32-year-old reaches the top position in this country. Second place goes to "Where Are You Now" by Lost Frequencies and Calum Scott (34), in third place are Elton John and Dua Lipa with "Cold Heart (PNAU Remix)". In Switzerland, Sheeran's "Shivers" was also right at the top, with the Austrian neighbors the US singer Gayle with "abcdefu" ran the most frequently.

Apple Music named the Puerto Rican Reagaeton singer Bad Bunny (28) artist of the year 2022, who presented the most successful album of the year with "Un Verano Sin Ti". He is the first Latin American artist to do this. Just four months after its release, his record was already the most successful Latin album of all time in terms of streams, breaking all records. 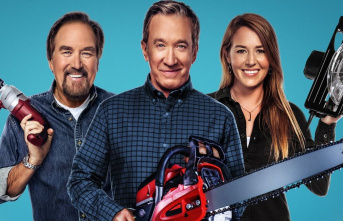