Annemarie and Wayne Carpendale: How was the "Dream Ship" shoot with son Mads? 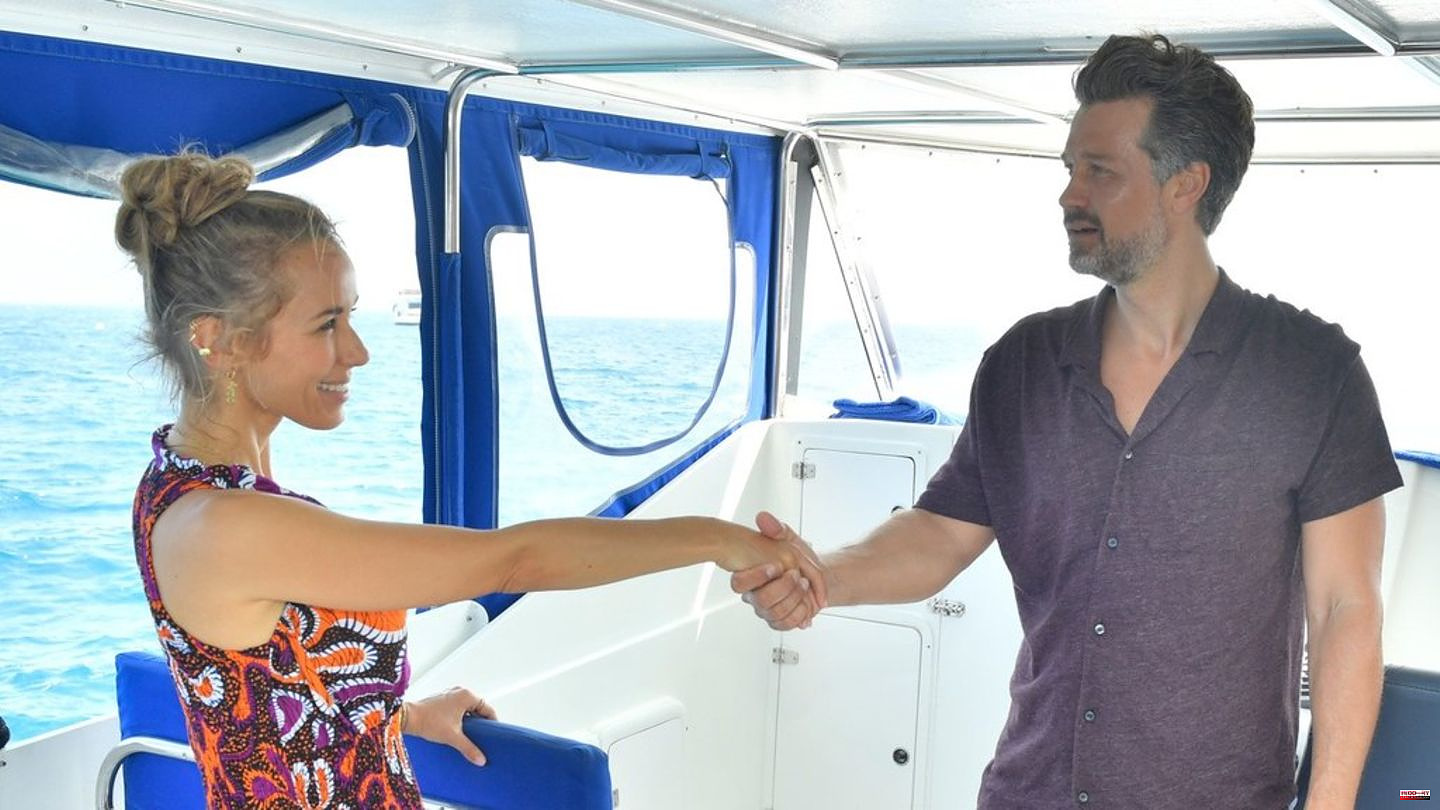 Annemarie (45, "taff") and Wayne Carpendale (45, "Peaceful Christmas", "Betty's Diagnosis", "Heart on Board") are together on Boxing Day in the TV movie "Dream Ship: Coco Island" (December 26th, December 20th). :15 p.m., ZDF). For the latest edition of the popular long-term travel series (since 1981) we went to the Maldives. In a double interview with spot on news, the presenter and the actor reveal how the joint "Traumschiff" engagement came about, how they were accepted into the film family, what their four-and-a-half-year-old son Mads found particularly exciting in the Maldives and much more.

Annemarie: Well, with the whole "big" family, to put it in Mads' words.

Wayne: I usually find it kind of cheesy to watch your own stuff with the family. We don't sing "Your Footprints in the Sand" together [singing song by Wayne's father Howard Carpendale, ed.].

Annemarie: Yes, but on Boxing Day and everyone together. It's exactly the right thing - after two days of presents and food madness - distraction at last.

Wayne: You're right. Then let's watch my six episodes "Peaceful Christmas" on Prime Video. Lots of tension on TV, little tension in the family.

Annemarie: Not for long.

Wayne: It wasn't so much a decision as it just happened that way.

Annemarie: The three of us were abroad anyway. Then came the call asking if Wayne could spontaneously step in for a colleague on the "Traumschiff" shoot in three days (!). It was in the middle of the pandemic and we probably wouldn't have dared to go to the Maldives on our own, but it felt good with the production. I was able to take a few more days off from "taff" [lifestyle magazine on ProSieben, Red.]. So we made a family decision that we dare the adventure together.

Wayne: And then the producer said that Anne could play a small part since she's already on the island. Normally we think twice about shooting together - here it worked and we immediately found the idea of ​​the content funny...

Annemarie: ... Because of course my mini appearance also interacts with Wayne's role...

Annemarie: Yes, totally. It was an enchanting little island where almost only the crew and the actors lived. So it doesn't matter whether you were having breakfast, in the pool or on the beach, there was always filming going on right next door. That was very exciting, especially for Mads...

Wayne: Yeah, he was doing the sound and directing a lot and really soaking up the atmosphere, which totally reminded me of when I was a kid, where I used to hang out with my dad a lot. And at dinner, the actors and the "Traumschiff" team then of course exchanged many legendary stories. This team is also so unique because it has experienced so much all over the world. A lot of absurd and funny things happened there.

Annemarie: They really are everywhere. More than ten years ago, Wayne and I were driving four wheel drives in the middle of the outback in Australia. In the evening we come to a small town called Alice Springs and suddenly Wayne slams on the brakes, rolls down the window and says: "Ida???" Ida is one of the make-up artists from "Traumschiff". In the evening there was a big "Hello" with the entire team and at that time Wolfgang Rademann ["Traumschiff" inventor, 1934-2016, Red.]. Of course, such experiences connect and make the "Traumschiff" gang so special.

Wayne: The captains have a big influence on the "Dream Ship". Sigi was the man of calm, of big, old stories. He shot a feature film with my dad in South Africa in 1984 and I did my first international production with him in Barcelona and Rome. Not least because of this, there was a close bond with him.

Florian and I have bumped into each other from time to time in the past, but we only really got to know each other on the Maldives. At the "Traumschiff" he stands for new beginnings and new beginnings and is there with heart and soul. During this shoot, we often sat and chatted late into the night.

Annemarie: We like it there - who doesn't? One of our first holidays almost 16 years ago was there and we were there again afterwards. However, once I took Severe Dengue Fever home with me from there.

Wayne: That wasn't cool at all because Anne really got it, hospitalized and all that. That wasn't easy, back then. Now we were there again with the "dream ship" after a long time. We fell in love with the islands so much that Anne surprised me again a few months later with a private trip to the Maldives for my birthday.

Wayne: Well, I don't have to fool anyone. The "Dream Ship" is filmed in the most beautiful places in the world. The island was great, of course, but as Anne says, the whole setting was a highlight. My family was there. During the breaks in shooting I could always see Mads and Anne, snorkel with them or have lunch together...

Wayne: Of course he was there, as long as he doesn't have to go to school we always travel as a family...

Annemarie: But we learned one thing again: the water villa with a large terrace is fantastically beautiful, but not really relaxed with a small child - Mads was two and a half at the time.

Wayne: You look twice to make sure the patio door is really closed, because falling into the sea somewhere at night is not an option.

Annemarie: Of course, Mads enjoyed it to the fullest: He had just learned to swim and spent the whole day in the water like a madman. Snorkeling, watching sharks and looking for manta rays and rays was of course also totally exciting.

1 Family film: holiday flair and drama: "The Island... 2 Viral disease: According to virologist Drosten, the... 3 Anthony Hopkins Santa Hat Dance Video 4 Mole for Moscow?: Alleged BND double agent could have... 5 Toxic Masculinity: The Price of Patriarchy: Men cost... 6 Emergency: FAST Method: How to recognize a stroke... 7 Tournament of favorites: Darts World Cup: Battle of... 8 Princess Diana: does one of her letters bring in 20,000... 9 "Tatort" from Munich: Murder under the mistletoe:... 10 Dating in China: money or love? 95-year-old grandmother... 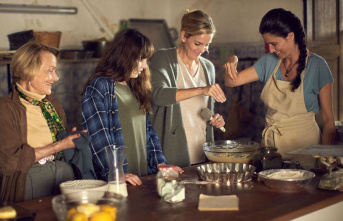