Angelo Kelly: What's next for him musically?

Angelo Kelly (40) was on stage with his wife Kira (43) and their five children for ten years. 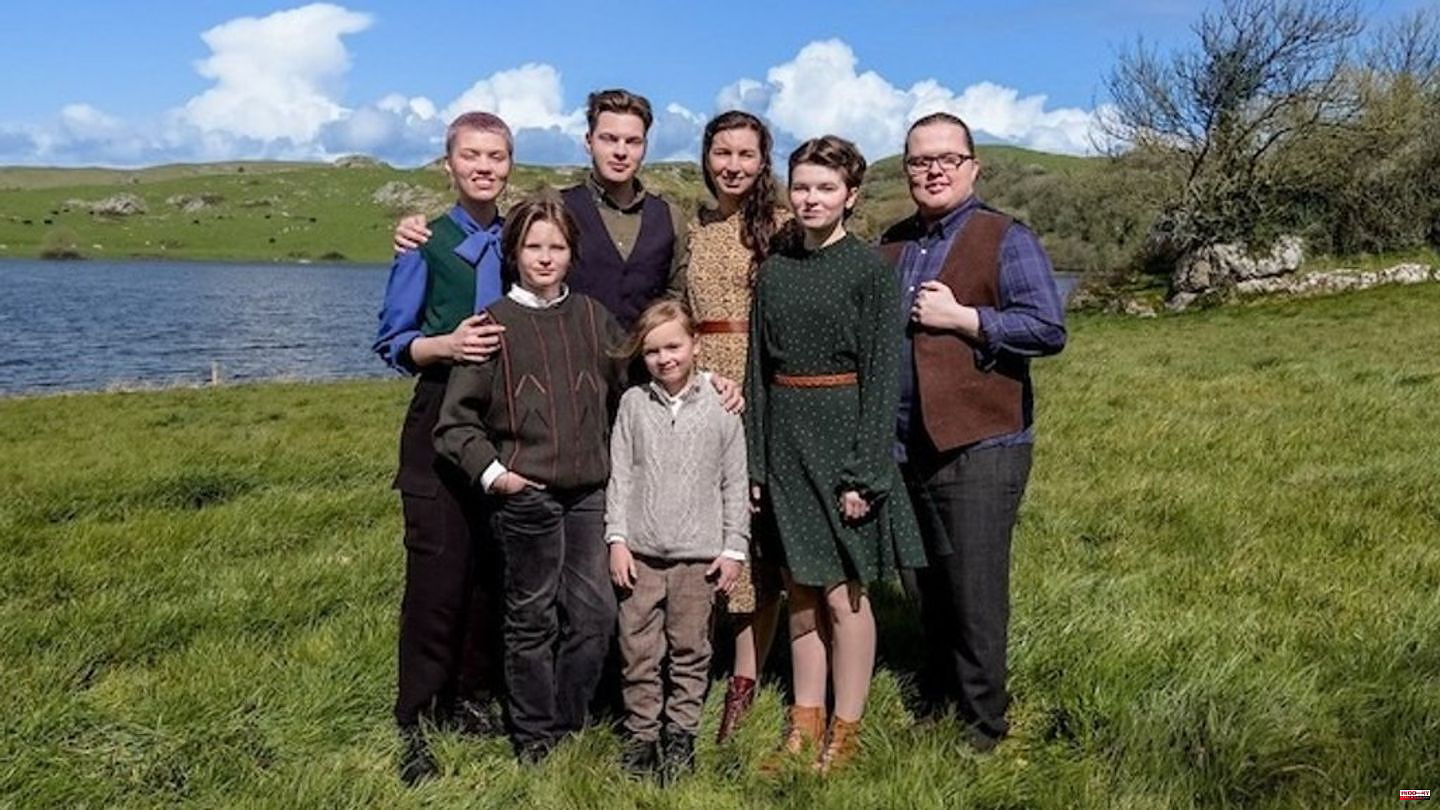 Angelo Kelly (40) was on stage with his wife Kira (43) and their five children for ten years. At the end of the "Irish Summer" tour in 2022, they closed the chapter "Angelo Kelly

Angelo Kelly: It was difficult to make this decision. You have achieved and experienced great things together for many years. You don't want to give up so easily. But it was also clear from the beginning that it would not go on forever as a family. Because at some point the children will grow up and go their own way. We are more than happy and appreciate that we have done so much together for ten years, created so much beautiful music and accomplished great things. During the last tour we noticed that everyone had grown up after all and we knew that if we now want to plan for the next few years - you always have to plan for the longer term - then it will be very complicated and difficult. Especially for the big kids Gabriel, Helen and Emma. They would have had to make a lot of compromises and work around us or the other way around and that would have changed a lot. In this respect we noticed that it was a good time and now the time has come for the kids to go their own way.

Kelly: Of course I will always look back on all the moments we had together as a family on stage. Again and again being touched by what the children dared to do and how they developed. This feeling of being on stage with mum and dad and all the children was really special. But it doesn't change our family life, life changes our family life. The fact that the children grow up, go their own way and study. This is a new time for us and we look forward to it all the more when the family gets together. Like now at Christmas. We really enjoy that and really recharge our batteries. I look back on the band's history with a lot of joy and pride, I don't miss it. It's normal that life brings new chapters and new tasks.

Kelly: The last few concerts were very emotional because we all knew that these were the last ones. Also for the musicians, for the crew. These are all people with whom we have done many things together over many years. But everyone really put in a lot of effort and tried to make the very, very best of it and play the best shows. There was a really strong energy there, everyone stepped on the gas. Nevertheless, there were many moments when you were very emotional and a few tears came. It was also very emotional for the audience, after all they also knew about it. It's great that we were able to record the concert in Bochum. It's a great cut. With a lot of joy, emotionality and moments of goosebumps. I am very thankful for that.

Kelly: Gabriel has been releasing his own music for a while and building his own career. In any case, he is very busy with it and has a lot of fun and is developing well.

Helen is now in her second year studying in England. She is studying costume construction. Then she will later work either on theaters or on big films, where it's a matter of making or designing these elaborate costumes. She's wanted to do this since she was little. When she was ten, we sometimes couldn't get her out of her room because she was at the sewing machine all day making clothes out of some of our curtains. She has a very clear passion for it and does it really well. Nevertheless, she sings incredibly beautifully and also loves to sing. I do think that she will continue to sing in her life. But maybe not until later, because now she just wants to concentrate on her studies and do it really well.

Emma is also slowly on her way to being an adult and she is now concentrating on graduating from high school in the next few years. She wants to spend more time seeing where she's headed professionally. Whether that's creative or something else, she'll see. She has many talents, but she is still looking for something. She wants to invest a lot of time in that over the next few years and we wanted to give her a little more time and freedom. It was also important for Emma that she can now throw herself fully into this direction.

Kelly: I've always made music. As a little kid with my siblings, later solo and then with many other bands. In the last ten years I've been able to make a lot of music with my wife and children and that has also meant that I've held back my own solo activities more because I couldn't do too much. I was always aware that at some point the time would come when the children would go their own way and then I would start making music myself again. I have a project that I'm doing together with my long-time musician friend Matthias Krauss. We call the whole mixtape. I cover songs in a very individual way. The tour for this is the next musical journey that's coming up for me in the coming year. But above all, I want to take a lot of time over the next year or two to concentrate on my music and to write songs. But I don't have the greatest ambitions. I don't want to be the Kelly who fills big halls. I don't plan to be the next pop rock star or whatever. If there's an audience that likes my music and you bring home some money, then that's great.

Kelly: I left the Kelly Family almost three years ago, but that has nothing directly to do with the family aspect. I have contact with all of them, with some of course more than with others. But that's normal in such a big family. I keep my fingers crossed for whatever they set out to do. I'm always up to date and see what they're doing and I'm happy for them when they can implement things like this. I myself have no intention of returning to the Kelly Family. The comeback between 2017 and early 2020 was a great way for me to end this Kelly Family story even more beautifully than it was in the early 2000s. Everything had gotten lost and gone. The return worked incredibly, it went through the roof. We were able to experience so many great things and concerts. For me the chapter is closed.

Kelly: We will celebrate in Ireland at our home. It's not like that every year, because of course we celebrate in Germany with Kira's family, my wife's family, from time to time. Above all, we are happy that the older ones are coming home, Gabriel and Helen, and that the family will then be complete. It will be very comfortable, very contemplative. I'm already in the Christmas spirit with Kira and the kids and we decorate the house and do a lot. It's particularly nice during this Advent season because we're not on tour or I'm not. As a musician, you usually like to be on tour in November or December. So we really enjoy being at home.

Kelly: We have a mixture of Irish, American and German Christmas customs. It's a mess. What is Irish about it is, for example, our Advent wreath, which has five candles. You have two purple candles on the first two Sundays, then a pink candle and on the last Sunday the third purple candle. The white candle is for Christmas Eve and that Jesus was born. Otherwise it is very important for us to go to church, that is essential for us. And of course delicious to eat. We like to sing around the Christmas tree, which includes a few German Christmas carols. The gifts are on the morning of the 25th, which might be Irish-American then. Otherwise we like to watch Christmas films in the time before and during. Something like "Home Alone" shouldn't be missing. And we go on one or the other trip and bake cookies.

Kelly: I think I've spent most of my birthdays on stage and I always thought that was great. On the contrary, I always find it very strange when I'm not on a stage, it feels wrong at first. Shortly before Christmas, of course, it's always nice because I have my loved ones around me and they always make an effort and we do nice things together. But of course you always have one foot in Christmas, so there's always a lot of distraction. It's definitely more practical if you separate your birthday a bit more from Christmas. But that's okay. The day doesn't have to be all about me.

Kelly: I actually look back on the year 2022 with a lot of hope and joy, because the years before, 2020, 2021, we had real challenges like probably everyone around the world. The pandemic has changed everything and taken hold of everything and upset so many plans that we had. One tour after the next was canceled and postponed. You were up in the air all the time and you tried to make the best of it. But that was very stressful for everyone and that's why 2022 was the first year in which some normality returned. And that we could finally be back on stage in the summer was great. We didn't know beforehand that this would of course be our last tour. But we had the opportunity for us to stop being on stage as a family band. It could also have been that we are not complete, that Gabriel or Helen or one of the big ones would have said after all the postponements: "Yes, nice dad, that the tour is now being postponed a second time, but I'm no longer there . I have other plans." The children were also able to pursue their hobbies and passions again. When I think back two or three years, when they enjoyed going to the gym every week or meeting friends, that was repeatedly not possible during the pandemic and often not for longer periods at a time. The year has been a good one for us in spirit and spirit.

Kelly: I wish that all my children, my wife, that they all stay healthy. And while we're at it - that I stay healthy too and that we remain a strong family. That we all support each other, help each other, are loving with each other. I wish that all my children continue to develop so well and pursue their passions. And I wish that we will get more normality in the next year 2023. That we don't experience crazy times like 2020/2021 again. I wish for us, for everyone, a hopefully relatively normal year. 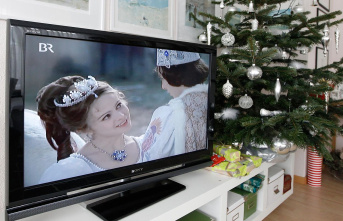 Tweets of the week: "The kid is nagging me about...