What does Angela Merkel (68) actually do? She was the boss for 16 years, on almost every one of her 5,860 days as Chancellor she came to everyone's house via news - then suddenly not anymore. 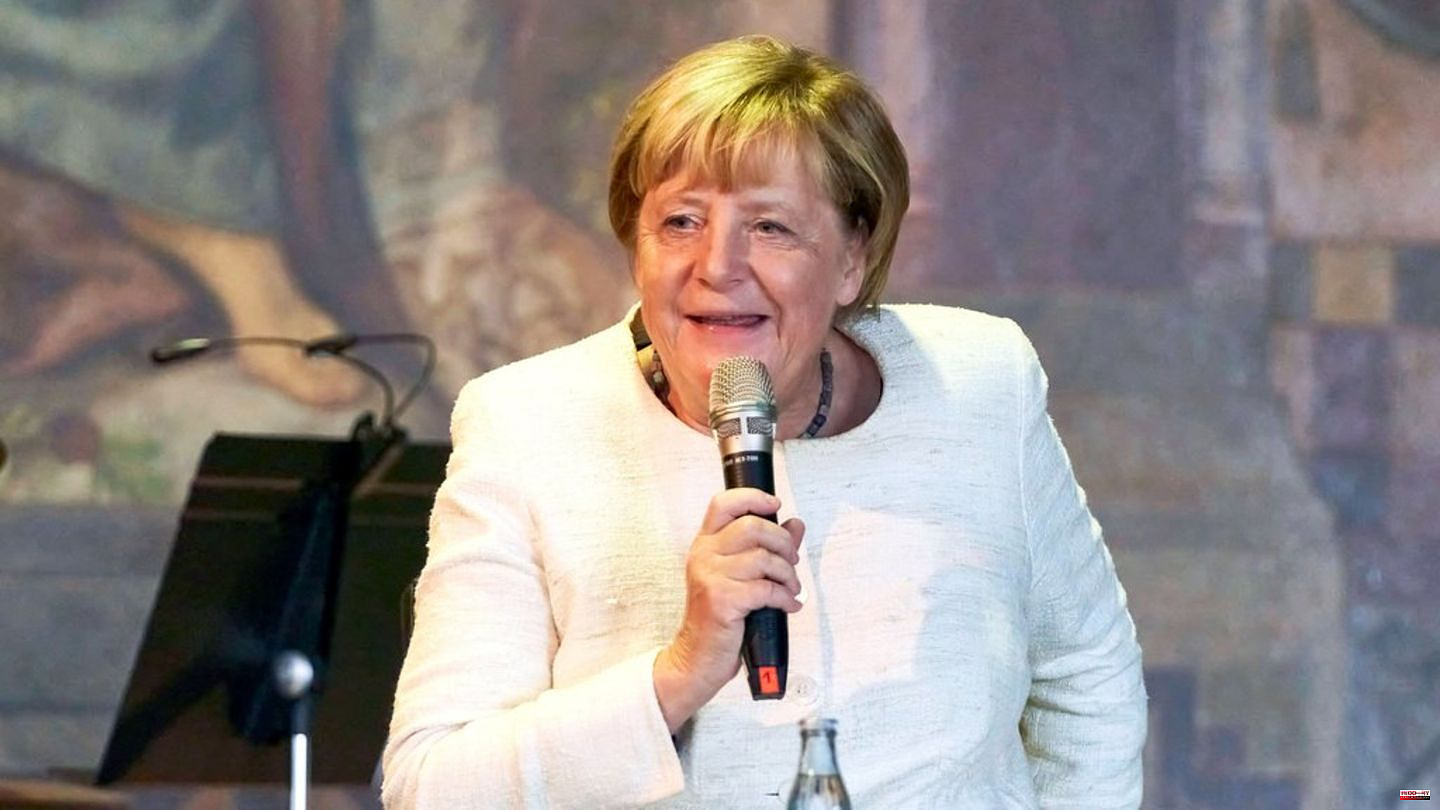 What does Angela Merkel (68) actually do? She was the boss for 16 years, on almost every one of her 5,860 days as Chancellor she came to everyone's house via news - then suddenly not anymore. This is a pretty abrupt end for a head of government, whom you once called "Mum", and her country.

She had her last big performance a year ago. On December 2, 2021, Angela Merkel was bid farewell with a big tattoo by torchlight. It was around zero degrees, everyone was shivering, so it felt good that the Bundeswehr Music Corps played "It's supposed to rain red roses for me". Then it was over, Angela Merkel wished her successor Olaf Scholz (64) "happiness in the heart" and went home.

She still lives with her husband Joachim Sauer (73) in a rented apartment in an old building in the Berlin Museum Quarter, Kupfergraben No. 6, fourth floor, with an elevator. Below is the bell sign: "Prof. Sauer". She still has personal protection.

What does a normal everyday life look like when you quit the most stressful and responsible job this country has to offer overnight? In the case of Merkel, one is mainly dependent on information from third parties, because the 68-year-old does not like to talk about herself, she rather allows herself to be talked about a little.

Basically, she revealed to the "Spiegel" reporter Alexander Osang that she was still looking for her way: "What is a former Chancellor?"

With this thought in mind, she was out and about on the Baltic Sea in winter. Hiking on the beach in wind and weather. Hood up, "air out" from the chancellorship. Reading thick tomes, listening to audio books, works of world literature, "Don Carlos" by Schiller, "Macbeth" by Shakespeare.

And don't talk too much. The fact that the people on the coast are as secretive as she is, said Merkel, helped her.

It's a new life outside of the Chancellery. More than two months after her political withdrawal, the first major story hit the media: "Merkel robbed in a Berlin supermarket." The former chancellor had put her wallet in the shopping trolley, and in the end it was gone. Even their personal security hadn't noticed the theft.

She watched a lot of television, series like "Babylon Berlin" or "The Crown", she revealed to Osang in "Spiegel". The life of the English queen seems to fascinate her, especially her sense of duty. She has met her several times and, according to the report, finds it "incredible" that Elizabeth II commissioned a new prime minister to form a government just two days before her death. She believes the Queen has mobilized all her strength to make sure Boris Johnson is really gone.

Last spring, Angela Merkel fulfilled an old wish: a trip to Tuscany. Her party friend Annette Schavan (67), Merkel's former education minister and then ambassador to the Holy See (Vatican), was one of the party. The ladies visited the famous Galleria dell'Accademia in Florence and admired Michelangelo's David.

Not everyone liked that. The then Ukrainian ambassador in Berlin, Andriy Melnyk (47), tweeted biliously: "In Florence there are no murdered women and children lying on the streets. But there is a lot of culture and art. Wonderful." And Ukrainian President Volodymyr Zelenskyy (44) invited Merkel to Bucha, where Russian troops had massacred the civilian population.

She says she wants to stay out of current politics and not give advice from the sidelines. But she herself is not kept out, not from the discussions about the war in Ukraine, which "burdens her far more than all of us," as a longtime friend, the actor Ulrich Matthes (63), revealed to "Stern". Angela Merkel apparently maintains contact with Matthes even after she has retired. When the actor was awarded the Federal Cross of Merit by Federal President Frank-Walter Steinmeier (66), Merkel sat well in the audience.

In the meantime, former colleagues from their own party have reported who obviously still want to settle an old score, for example Norbert Röttgen (57). The foreign politician of the Union faction was Environment Minister in the Merkel cabinet from 2009 to 2012, after a lost election in North Rhine-Westphalia she dumped him. Now, according to the "Frankfurter Allgemeine Zeitung", he says about his former boss that the surprise at Vladimir Putin's (70) war of aggression was "not because it couldn't be seen. Rather, it was decided that we didn't want to see it".

And the CDU veteran Wolfgang Schäuble (80), from whom Merkel took over the party chairmanship in 2000 before he became minister in her government, told the "Handelsblatt" that he was "angry" at himself in relation to Russia, one "could have known it . Putin has said publicly that the collapse of the Soviet Union is the greatest catastrophe and that he wants to undo it".

It is therefore "strange" for him that the former Chancellor does not admit any mistakes in her Russia policy. Incidentally, he counts Adenauer, Brandt and Kohl among the "great chancellors of the republic"; he does not name Merkel. His list is "provisionally complete".

Angela Merkel, writes the "Spiegel", "is changing from being a role model to being responsible, from being a crisis manager to being the cause of the crisis." Everyone now wanted "an apology, especially for her Russia policy. But she, it seems, doesn't want to apologize because she doesn't know whether she was really wrong. Whether history doesn't prove her right in the end."

On the other hand, her former deputy and temporary Environment, Economics and Foreign Minister Sigmar Gabriel (63, SPD) considers her "a good, in many ways also a great chancellor", as quoted by the "Spiegel". There would be absolutely no reason for her to apologize for anything. "Nord Stream and the sale of the gas storage facilities, for which I was responsible, are the result of the liberalization of the European energy market, which was decided by the EU in 2002. Nobody wants to hear that anymore."

Gabriel even says that Putin would not have attacked Ukraine if Merkel had still been in office. He had incredible respect for her.

She herself presents it somewhat differently in "Spiegel". When she was in Moscow for the last time towards the end of her chancellorship in the summer of 2021, Russian President Vladimir Putin made her feel that she was a "lame duck". "The feeling was very clear: 'In terms of power politics, you're through.' For Putin, only power counts. He also brought Lavrov (the Russian foreign minister – ed.) with him on this last visit, otherwise we often met privately."

She has been familiar with Putin's feints, lies and tricks for years. In 2005, when they first met in the Kremlin, he gave her a large stuffed dog with the surprising remark: "I heard you have a problem with dogs." Two years later, at a meeting in Sochi on the Black Sea, he brought a Labrador dog with him, which ran between him and Merkel without a leash. Today she says: "A brave Chancellor has to deal with a dog like that."

The meetings with Barack Obama (61) went more harmoniously. She last saw the former US President this summer. Obama posted photos of a joint museum visit in Washington on Twitter and wrote: "I'm happy to be able to call her a friend." In contrast, his deselected successor Donald Trump (76) etches Merkel: "Nobody remembers her anymore."

The Merkel/Sauer couple love the opera and had a fixed program again this year. Visits to Salzburg, where she slipped in a restaurant and tore a cruciate ligament, and to Bayreuth, where her neon-green outfit caused a stir and Munich's "Abendzeitung" wrote that she looked like "an apple candy wrapped in plastic", which she said was "wonderful doesn't matter" seemed to be.

She rejected job offers such as that of UN Secretary-General Antonio Guterres (73) to chair an advisory committee on global public goods, as well as the idea of ​​former CDU boss and chancellor candidate Armin Laschet (61) to make her honorary chairman to make the party. That no longer fits the times. She also did not respond to offers of speeches from American agencies, which are usually rewarded with many 100,000 dollars.

She receives a pension of around 15,000 euros per month, has an office in Berlin, in premises where Margot Honecker and later her predecessor Helmut Kohl lived as retirees. In autumn, the Federal Chancellery warned that the costs with nine employees were too high.

In 2021 her book "So what is my country?" published with three important speeches by Angela Merkel. She is currently working on her political memoirs, which are to be published in 2024, with her long-standing office manager and political adviser Beate Baumann (59). The (most likely princely) fee is a secret matter. 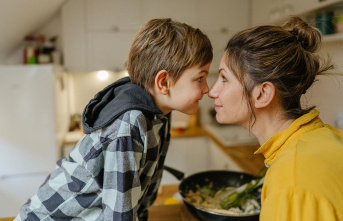