This eternal struggle does not and does not want to end: fight for equal rights, against prostitution and sexual exploitation, against male macho rituals, if necessary also against horror journeys with the Deutsche Bahn. 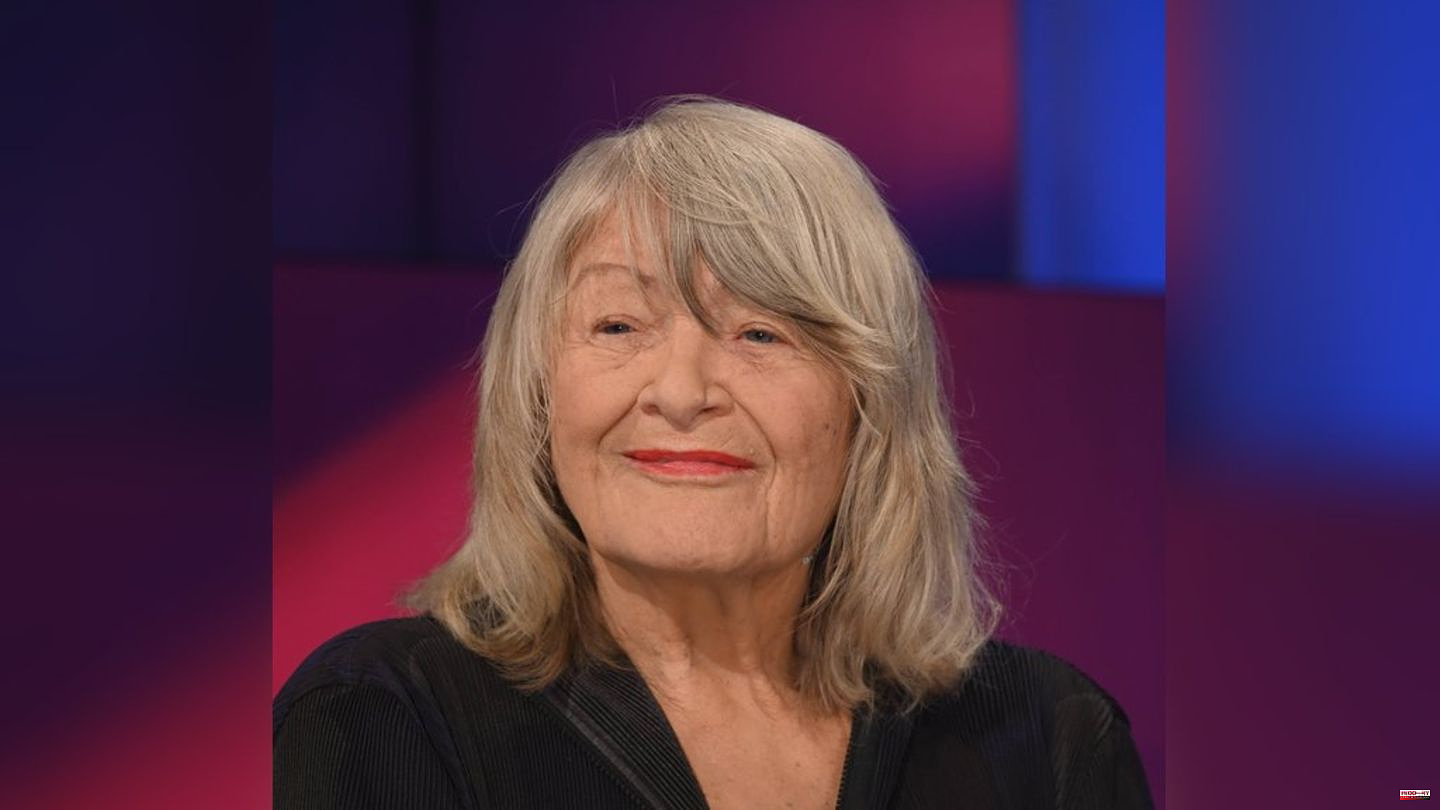 This eternal struggle does not and does not want to end: fight for equal rights, against prostitution and sexual exploitation, against male macho rituals, if necessary also against horror journeys with the Deutsche Bahn.

This is just a small selection of Alice Schwarzer's (80) construction sites, with which she keeps society in suspense. She certainly wouldn't mind if you said roughly: she fights against stupidity, which from her point of view is mostly male in nature. A number of years have passed for her and her audience: Alice Schwarzer will be 80 on December 3rd.

There are not many people in Germany whose 80th birthday is worth 215 minutes of broadcasting, i.e. more than three and a half hours, to the public service media.

Alice Schwarzer has no political office, she is not an entertainer, nor is she an exceptional academic figure. She is a journalist, no more, no less. And yet, last Wednesday, ARD first presented her life and work in the two-part feature film "Alice" (180 min.) and then in the documentary "The Quarrelsome - Who's Afraid of Alice Schwarzer?" illuminated.

This shows once again: Schwarzer's themes have political and moral explosive power. And she can be highly entertaining, holding up a mirror to society, which at times reveals a caustic point of view as well.

In the feature film (as in real life), Alice Schwarzer, played by Nina Gummich (31), repeatedly encounters a bulwark of aggressive male narrow-mindedness. Most attacks aim below the belt. Alice Schwarzer in an audience discussion: "So, you think I didn't get any and you just have to get over me properly like that?" A man in the audience: "Exactly!"

It's been like this for decades. Although their intellect and a "thick skin", which has become very resistant over time, make such attacks look stupid.

She has experienced really bad things. After a two-year stay in Paris and an editorial traineeship at the "Düsseldorfer Nachrichten", the native of Wuppertal first went to Frankfurt for the legendary satirical magazine "Pardon", then returned to Paris in 1970 as a freelance correspondent, for "Pardon" among others. She suggested that the newspaper publish a portrait of the Spanish playwright Fernando Arrabal, whom the world of international intellectuals was celebrating as the new god of the theater of the absurd. The editors sent the author Wilhelm Genazino to Paris, Alice Schwarzer was to assist him with the interview.

Genazino later recalled, according to "Deutschlandfunk Kultur": Arrabal was a "pornographic asshole, to put it in German ... so convinced of his masculinity. And he actually couldn't get along with women at all ... When Alice Schwarzer once asked a risky question, did he swing and hit her! I sat next to him: Yes, is that possible? Is that possible?"

Schwarzer coolly replied to the crazy playwright whether it should be completed professionally. Genazino: "She just pretended that the slap didn't exist... Arrabal was totally exhausted because he thought I just slapped a woman here. Now she's sitting there and talking as cheekily as before!"

The time in Paris became a brilliant journalistic era for Alice Schwarzer. She became friends with the philosopher couple Simone de Beauvoir and Jean-Paul Sartre, her sensational interviews with Simone de Beauvoir were published in 1983 as a book "Companions in Conversation", she became one of the leading figures in the French women's movement.

When in the spring of 1971 in the weekly "Le Nouvel Observateur" 341 other women, along with the film star Catherine Deneuve and Simone de Beauvoir, confessed to having an illegal abortion, Alice Schwarzer took up this idea for the "Stern". On June 6, 1971, the Hamburg magazine appeared with the title "We have aborted". In addition to the movie stars Romy Schneider, Senta Berger, Sabine Sinjen and Vera Tschechowa, 370 women, including Alice Schwarzer, declared that they had terminated their pregnancy and thus violated the applicable law - § 218. A milestone in the German women's movement.

"Stern" editor-in-chief Henri Nannen initially only wanted Romy Schneider on the cover. "But I wanted a lot of women to be on the cover so that the readers could identify them," Alice Schwarzer told Süddeutsche Zeitung Magazin. So she said to Nannen: "You'll only get the list of 374 signatories if we do it as agreed: a collective title."

Nannen must have raged, but he complied: "Stern" was published with 28 portraits of women as its title. It went down in press history and triggered nationwide discussions about Section 218 and eventually the legalization of abortion. Nevertheless, Henri Nannen could not be reassured: "I shouldn't see the black woman anymore!"

He was long dead when it came out that a number of the women involved hadn't had an abortion at all, including Alice Schwarzer, who later said: "But that didn't matter. We would have done it if we had been pregnant unintentionally."

Her professional life has been extremely successful: most of her many books have become bestsellers, she is still the editor of the magazine "Emma", which she founded in 1977, and has received numerous awards and honors, including the Federal Cross of Merit, Bambi, and the Ludwig Börne Prize and Knight of the French Legion of Honour. In addition, the autodidact without a high school diploma held several professorships at European universities.

In this context, it may seem surprising that in 2012 the conservative political magazine "Cicero" of all things put Alice Schwarzer in fourth place after the writers Günter Grass, Peter Handke and Martin Walser in its ranking of the "500 most important intellectuals". Since then she has been a regular guest in the "Cicero" list, which is updated every three years.

Spirited and argumentative as she is, Alice Schwarzer has not only made friends. Her tax affair from 2013 - Schwarzer had not properly declared interest income from Switzerland and paid 200,000 euros in taxes after self-disclosure - was grist for the mill of her enemies, who of course collected diligently after such a life and who happily accuse her of double standards.

Similar outrage was triggered by an open letter to Chancellor Olaf Scholz, in which she demanded that no heavy weapons be delivered to Ukraine because that would prolong the war. And her campaign against wearing the Islamic headscarf ("symbol of the fascist-like Islamists") - "in the name of the headscarf women are disenfranchised, oppressed, tortured, killed" - is viewed by some Muslim women as "racism".

Shortly before her 80th birthday, she tells the "SZ" magazine that she doesn't like "the public figure Alice Schwarzer" at all. "I just hate the stereotypes about feminists... I have a sense of humor and I don't hate men. If you look at my CV, it should be pretty obvious."

Her first great love was the Frenchman Bruno. From the mid-1960s onwards, the two were a couple for more than ten years, and there was even talk of marriage. Alice Schwarzer remained close friends with Bruno until his death. Nevertheless, since her book "The Little Difference and Its Big Consequences" she has been considered "the lesbian of the nation". "I'm a feminist, so I'm a lesbian. That was my reputation. Even when I was still with a man."

She has been in a relationship with the photographer Bettina Flitner for over 30 years, and the two got married in 2018. "We were always an open couple, but not a public one."

She likes men, especially behind a stroller. It's a small triumph that this is now an everyday image. "When I meet men with prams or with a child in their arms and they recognize me, they are seized with such a jolt and they say to themselves: 'But the black one can have a look, please!' And you're right, I'm really happy about it. It has to go on like this."

But what does all this have to do with "horror rides on the train"? At the beginning of November, Alice Schwarzer took the train from Cologne to Munich and then on from Munich to Strasbourg for filming. She fared like millions of other passengers, as can be seen from her humorous log in "Emma". Conclusion: "What is nice about such horror journeys with the Federal Railway? The encounters with people." Because Alice Schwarzer loves most of them, contrary to claims to the contrary. 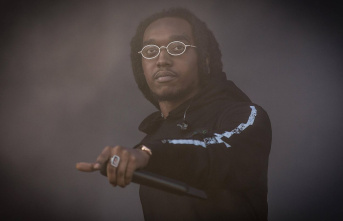