Albert Adrià has a restaurant in Barcelona again. 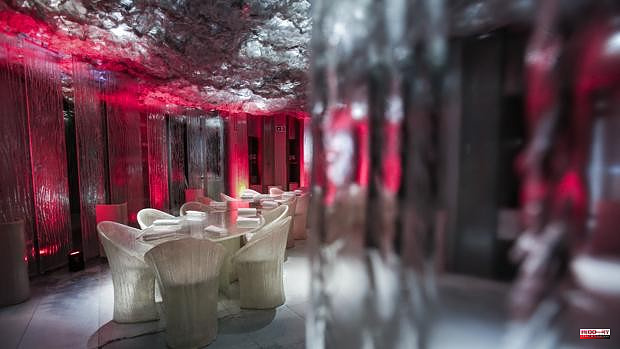 Albert Adrià has a restaurant in Barcelona again. The Catalan chef will reopen Enigma on June 7 with a new kitchen concept, more flexible and accessible. This has been announced through a statement. The chef was forced to close the group of restaurants that he managed in Barcelona during the pandemic and to dissolve the companies that he had together with the Iglesias brothers.

Enigma was one of the most iconic restaurants run by Adrià along with Tickets. The space will begin a new journey as the only space now in which to enjoy the cuisine of Ferrán Adrià's brother. His team has reported that "of the Enigma that we all knew, only the name will remain."

"As of June 7, it will be an absolutely new and different proposal that the chef and his closest circle have matured for many months," they say.

Their idea, they maintain, is "to offer all their clients and friends a place at the highest level, gaining more versatility compared to the previous formula, as was already the case in Tickets." They have called this way of understanding gastronomy 'Fundinning'. In this experience, special attention has been given to the times, the way of interacting with the clients and the room. «We will find an Enigma that will not be a restaurant with avant-garde cuisine, nor a cocktail bar; the idea of ​​the team is to create a place where there is life continuously, where you can go at any time in the midday and in the afternoon”, they advance.

In what they have defined as 'Lunch Time' –from 13 to 16 hours–, the client will be able to eat à la carte. Thus the tasting menu disappears. "The diner chooses his options with the intention that he try a varied number of elaborations," they explain. In addition, Enigma will have two satellite spaces: the iron and the bar. There small dishes will be served in front of the diners.

The Adrià's little brother will pay homage to elBulli by recovering a selection of cocktail recipes that were in the Cala Montjoi temple. The place will remain open after 5:00 p.m. with a kitchen that does not close. From that moment the aesthetics of the premises will change and its proposal too. He will expand his cocktail offer to accompany a selection of culinary preparations designed specifically. This moment of the afternoon has been baptized as 'Afternoon Drinks'. This informal 'afternoon' will last until 9 pm.

1 Manu Buffara, the Brazilian chef who wants to change... 2 Carme Ruscalleda will reopen the historic Sant Pau... 3 Fulani cuisine and a nomadic chef: why African fonio... 4 Marqués de Vargas Reserva 2017: a perfect gear 5 Gastrofestival 2022: from eating at the Palacio de... 6 Picanteras and guisanderas, so close, so far 7 Féminas 2022 brings together in Asturias cooks and... 8 The 50 best pizzerias in Europe 9 Jordi Cruz, on the hunt for a place to open an 'ABaC'... 10 All the posters of the San Fermín Fair on the centenary... 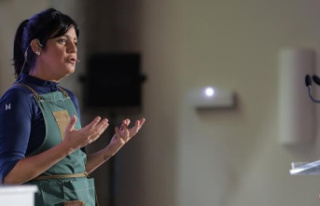 Manu Buffara, the Brazilian chef who wants to change...