Christiane Hörbiger should have become a confectioner if her mother had had her way. 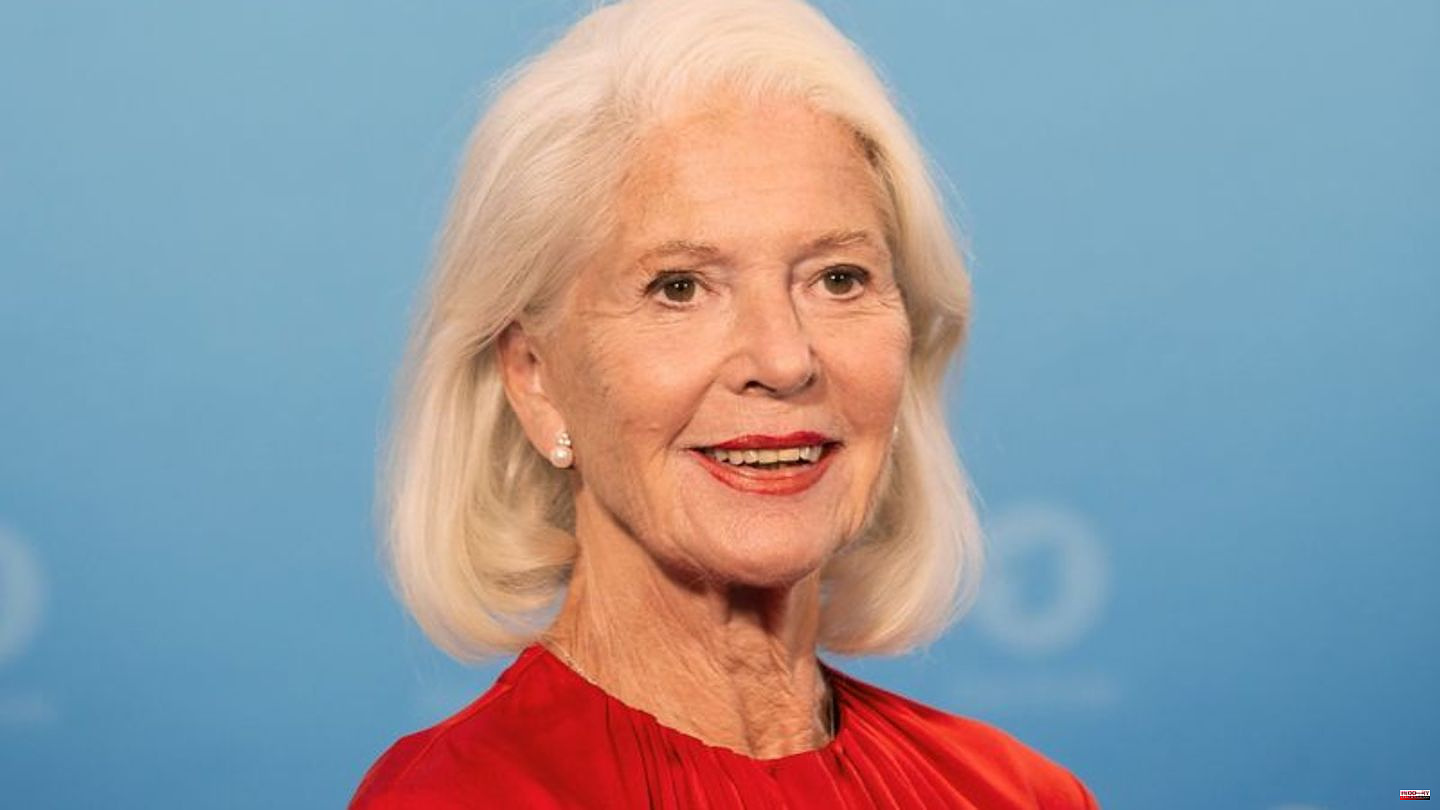 Christiane Hörbiger should have become a confectioner if her mother had had her way. But it became clear early on that Hörbiger passionately wanted to follow in the footsteps of her famous actor parents.

For more than 60 years, the Austrian inspired her audience in Germany - in the theatre, in film and on TV. Her life's work encompasses around 130 television and film productions. On Wednesday, the "Grande Dame" of German-language film, who aged with elegance and grace like no other, died in her hometown of Vienna at the age of 84.

Austria's Secretary of State for Art and Culture, Andrea Mayer, recognized Hörbiger as a unique person in the German-speaking theater and film industry. "She was such a constant, powerful presence and presence that the news of her death almost seemed unreal," Mayer said. The German-language television film without Christiane Hörbiger is actually unimaginable.

Germany's Minister of State for Culture, Claudia Roth (Greens), also described Hörbiger as a "big star of German film". Hörbiger has "repeatedly shone in particularly characteristic and complex female roles and thus set a clear signal for the role of women in art and culture in an industry that has long been male-dominated".

She left Vienna after her debut at the Burgtheater

The famous name and the comparison with her omnipresent parents Paula Wessely and Attila Hörbiger turned out to be a burden at the beginning of her career. After devastating reviews of her first appearance at the Burgtheater in Vienna, she left her homeland and made a name for herself abroad.

It was the beginning of a great career: in recent decades, the Grimme Prize winner has been an integral part of the German-speaking film and television industry. She celebrated one of her greatest successes as Göring's niece Freya von Hepp in the satire "Schtonk" about the forged Hitler diaries.

In 1987, Hörbiger ventured into TV entertainment in the series "The Legacy of the Guldenburgs". At the center of the successful ZDF series is the beer empire of the Graf von Guldenburg family - with Hörbiger as a widow. She cultivates an enmity with the nouveau riche Balbecks - with actress Ruth Maria Kubitschek at the helm.

For 65 episodes from 1998 to 2002, Hörbiger played a Viennese lawyer who was tested by tragedy in the ARD series "Julia - Eine Unusual Frau".

She coped well with her age

In his own words, Hörbiger had few problems with aging. "There are already wonderful roles for older women on television, you just have to be willing to say goodbye to the role of lover and take on the role of grandmother," Hörbiger once said at a film presentation. She knew the viewers were on her side when she changed roles: "The television audience has aged with me and finds it quite likeable when the same vintage smiles at you," she told the Austrian newspaper "Kurier".

She didn't want to be the first female King Lear

The former paramour of Salzburg's "Jedermann", who was also played by her nephew Cornelius Obonya, has not been drawn to the stage for a long time. She wanted to free herself from the tension and the fear of forgetting the lines. "I've finished with the theatre. I've acted everything and not at all have the ambition to be the first female King Lear or anything like that," she once told the magazine "Bunte".

Hörbiger, who was always concerned about a neat appearance, felt comfortable in high society. She completely abstained from alcohol and cigarettes. Hörbiger was a guest at premieres at the Salzburg Festival as well as at the Vienna Opera Ball or the shrill Life Ball. At "Wetten, dass..?" she acted as a betting sponsor seven times in the course of her career.

Death was her companion in recent years

Hörbiger had to cope with a hard stroke of fate in 2016. Her partner Gerhard Tötschinger died just six days before the planned wedding - unexpectedly while on vacation in the Salzkammergut. For 32 years, the two had been inseparable and a well-established team. She was not innocent about the late wedding date: "We were so happy and I was always afraid that if we got married, that would change," she told the "Kurier" at the time.

Until Tötschinger's death, both lived with the two pugs "Loriot" and "Vicco" in Baden near Vienna. Already in 2009, Tötschinger had to have a leg amputated after blood poisoning. But that only brought the two closer together, they said afterwards. Hörbiger's second husband and the father of her son, the Swiss journalist and author Rolf Bigler, died of a heart attack in 1978 at the age of just 48.

Death was a constant companion of the actress in the last years of her life. She's already gotten used to the idea, she said in interviews. She's not afraid of it. "I'm humbled and grateful that I'm doing so well," said Hörbiger on the occasion of her 75th birthday.

She was particularly affected by the death of her parents. Hörbiger sat on the deathbed with both of them and saw their last breaths. "I don't want to have a pinched expression, I hope there will be a smile on my face when I leave..." she told the "Kronen-Zeitung".

Hörbiger also thought about her own final resting place while she was still alive. She wished for a grave of honor in the Vienna Central Cemetery. 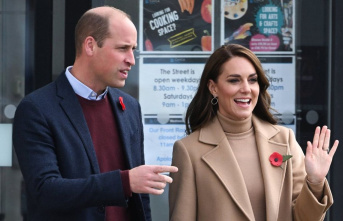 World Cup in Qatar: William and Kate say goodbye to...